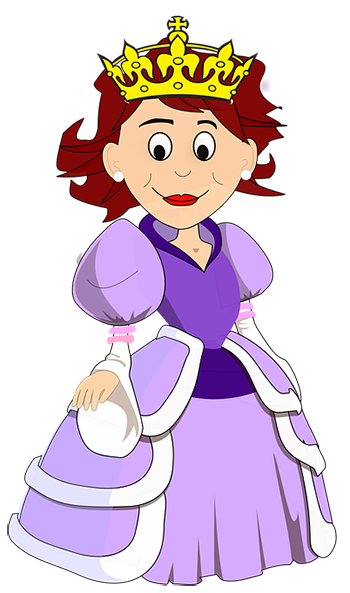 “When Lightning Strikes” is one of the outstanding stories of the second biannual International Short Story Contest 2017 written by Sindhu M. Talluri, USA.

On the fifth day of March, 2017, The Most Wonderful and Royal Queen Q went to the kitchen to congratulate her new chef, Raina, on making a wonderfully delicious 15 layer chocolate cake for her birthday party the past day. On March 4th, The Royal Majesty had turned thirty years old. Usually, she didn’t come down from the royal headquarters just to congratulate a cook. Today, she had come to give Raina a once in a lifetime chance to become the chef in charge. When The Wonderful Queen proposed this, the expression on Raina’s face slowly started stretching into a huge grin about the width of 3 overstuffed turkeys on Thanksgiving Day. Raina obviously said yes to this fabulous opportunity.

Raina had a secret that the Queen didn’t know. She was already the Northern Queen’s personal chef and was sent by this evil queen to poison the Southern Queen, Queen Q, once she had gained her full trust. The Northern Queen wanted to kill Queen Q because she was not given a Galak nor invited to Queen Q’s royal birthday party; the main reason she was upset was that she didn’t get a Galak. Raina could choose when to poison Queen Q as long as she was still in her thirtieth year- it could be in the morning or it could be in the evening. And, the chef was supposed to bring a lock of Queen Q’s amber curls and her jeweled crown back to the Evil Queen. Raina had started working on a poison made with a touch of spoiled ketchup that had expired during the previous century and was at the very bottom of the kitchen pantry (the pantry was 9.4 miles deep into the soil and made of wood) and a cup of raw kidney beans. As every peasant knows, raw kidney beans are the deadliest of the poisons, both in taste and potency.

Raina blended the kidney beans until they were a soft mush and mixed the mush with the spoiled ketchup in a pitcher of root beer, which was the Queen’s favorite, to hide the flavor. Of course, to hide the loud sound and annoying whine of the blender, Raina did this in the basement. The chef knew that the Queen was running late and would be in a rush to get to the subway to go to the theater, and so, gave her this concoction in a Starbuck’s cup along with a Galak bar as her snack. The Queen sniffed the beverage suspiciously and asked Raina what this was. Raina responded without hesitation that it was root beer. The Queen gave Raina hurried thanks as she ran to snatch her cloak from the coat rack. Raina saw a whirl of curls as the Queen ran off and wanted to remember this moment forever. She sat in the kitchen and sketched the Queen’s legs flying out the doorway because she knew that these would be her last steps in the kingdom.

Meanwhile, at the theater, the paparazzi were clamoring to take the Queen’s photo. In order to pose for the picture, the Queen had to unload her cloak, her Galak, and her root beer and passed these items to an onlooker who was busy drawing a graph showing how many photos were taken of the queen versus the actors. Without thinking, the distracted graph drawer sipped the root beer and finished it. The absent-minded artist realized that he had finished the Queen’s snack and that the Queen may soon behead him. He wished that he would find a less painful way to die. At that moment, his wish was granted.

Of course, Raina was shocked when the Queen returned from the theater, happy and healthy, although a bit hungry. The Queen had realized that Raina had tried to poison her as soon as the graph drawer had collapsed. As she threw Raina into the dungeons, Queen Q said in a mildly bored and irritated voice, “My dear, you have to relearn who is the smartest and fairest of them all- do you really think that this is the first time that someone tried to kill me with expired ketchup and raw kidney beans from the bottom of my pantry?”

“Oh no!” the morning guard for the Queendom let out a screech of alarm. He had seen a spark of electricity shoot out of a wire by the door that was being fixed by a shifty eyed man. It had landed on the lush violet carpet in the entrance to the corridor leading to Her Royal Majesty’s room and started to smolder. The Queen had told her guards to carefully scrutinize new workers at the castle to see if they were operatives of the Northern Queen, like Raina.

“Yes! The castle will bur- I mean the door is fixed!” yelled the man with the wandering eyes (a.k.a traitor/ possibly a servant of the Northern Queen/ presumably a door fixer). “Oh no. What a tragedy.” said the “worker” in feigned surprise. “Where is the fire extinguisher?” he asked, obviously in faux fear. He didn’t know that the Queen, after the last attempt on her life, had been prepared for any such emergencies and had installed a voice enabled, smart fire extinguisher which recognized the words fire, extinguisher, or expired ketchup. An oval shaped panel on the ceiling burst open and a thick cord with many holes along its sides unraveled from it. An extensive stream of firefighting foam doused the room, the guard, and the ‘worker’ who tried to unsuccessfully dart away from the strong jets and was royally pinned against the majestic wall.

Unfortunately, the foam temporarily blinded the loyal guard in one eye and he was taken to the hospital wing. Surprisingly however, the foam didn’t sting as it was actually fresh churned whipped cream and the guard was discharged very quickly. Meanwhile, in the oubliette (the Queen liked to confuse the prisoners by saying, “Take them to the oubliette” instead of dungeon or chamber so they wouldn’t attempt to escape), the traitorous worker, who had indigestion from ingesting massive quantities of whipped cream, was being questioned in a cell alongside Raina. Raina, if you recall, had tried to poison Queen Q with expired ketchup and kidney beans.

The culprit’s name was Odie Brown because his parents loved the Garfield show and his brother was named Garfield. At his school, he was always the bully’s target because of his name. Pitiable man! It turns out that he actually was not an ally of the evil Northern queen. He was simply trying to get revenge on one of Queen Q’s old maids who was responsible for his name because she had shown Odie’s parents the Garfield show. The Gracious Queen, instead of royally and majestically decapitating him, kindly gave him an award for telling the truth and immediately fired the old maid for him.

The next morning, it was stormy and there was a torrential downpour, raining cats and dogs though the Royal Weather forecast had announced it was going to be sunny. The Queen was inspecting an elementary school nearby to make sure that the youngest of her Royal Subjects were being taught correctly- that day, the worn professor was teaching the children about the Earth’s core as they were throwing spitballs at his back. The Royal Queen decided she would make a dramatic entrance and save Professor Johnson from the tedious little tyrants who were instantly quieted at the sight of the stunning queen.

Back at the Royal Fort, the head guard in charge of the Royal Queen’s safety was patrolling the backyard under the measly protection of an umbrella when suddenly, lightning struck the stained glass window in the Queen’s bedroom and havoc broke loose as guards clamored around looking for a shooter.

Soon thereafter, when the Queen came back to the castle, her room bore no resemblance to what it had looked like before she left. Some maids were sweeping up shards of glass from the gigantic stained glass window and reported that nothing had been lost other than a purple porcelain vase that had been on the windowsill. She felt a lump in her throat because the vase carried so many memories of her vacation from Bora Bora and because many of her things were charcoal black after having been singed by lightning. She realized that they would soon warp beyond recognition because of the heat and moisture.

When her Highness went down to dinner in a melancholy mood, her personal cook, Chef Koteswari, made her a delicious meal of juicy shrimp curry with biryani. The chef felt that the Queen might enjoy it after such a trying day. She said that whenever a person ate her shrimp, he or she wouldn’t care about anything going on around them. When the Queen tried it, she realized she couldn’t argue with that.

The Queen had to sleep in a guest bedroom because it was still raining and her own quarters now were lacking a window. The guest room was beach themed and next to the bed, there was a disturbing painting of a walking stork that appeared to stare straight at Queen Q and mock her as she tossed and turned all night long reviewing the happenings of the day. This time, there was no spy. There was no expired ketchup. There were no kidney beans. There were just the faceless forces of nature trying to kill her. And this was much more disturbing and disheartening to the young Queen than human culprits whom she could easily decapitate.