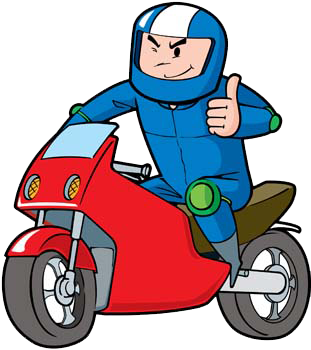 “Trails That Had A Turn” is one of the outstanding stories of the second biannual International Short Story Contest 2017 written by Pooja Baburaj, UAE.

Trails That Had A Turn

Myself Jacob Fisher, a passionate bike rider and society stimulator. I was missing home and eventually became a hard-hearted homesick man. Being a bike rider, it's my duty, too. So had to be strong and packed. But on the other hand becoming a prolonged smile builder, it resulted in a much bigger diversion from what I was passionate for. People often seem to be greatly astonished by my way of handling life.

One busy morning of hurriedness and complications, I was met with a post stating that I was selected for the National Bikers’ Track Competition. Hurray! I couldn't control my excitement and spilt the mug of hot chocolate on to the drawing desk. I then decided not to spend time for clean ups and rushed to the main door and swapped to the driver's seat. I did not wait for long and headed towards the institution where they train bikers. Thought to skip today's work by sending an emergency message that today is Health Checkup day! I did not know from where that ridiculous idea came up. Not halting much for the approval, started my drive and off to the institution. Trrrrr... Came the notification that said - "Yes, your 'a day' leave is granted. And next time find a little more appealing excuse Jacob!" Phew….Well my same expression followed to my boss.

While staring at the sign board of National Biker's Track Competition, I was interrupted by the GPS notifying “Destination has arrived”. Well that was unexpected in this situation of hurriedness. Then I rushed into the reception and handed over my driving permit and identity card. The receptionist had an appealing smile as she read my name. I think I must be quite famous in here. Thanks to my skills! Later I was met with one of the most proficient bike riders in that institution and many other places, I guess. The reason of that thought might be in the way he was dressed in blacks, tight fitted trousers and hard soled biker shoes that could tell he was walking towards you by just its sound. And as well as two or three triumphant badges pined up on his chest. I greeted him with great pleasure and I thought to create a good …. No, no. I thought to give him a better impression that might last long in his training schedule with me. He seemed to be an intellectual and highly qualified instructor. I think now it is time to describe more about the training sessions than more about my instructor.

Few days went by with busy schedules and spending time at work gradually dropped. Also with time, the number of reminders, actually I would like to call them as number of warnings from my boss, too, increased gradually. But to me -Jacob Fisher- it wasn’t something that I cared much.

Because when you’re travelling in your dream’s elevator, it does mean that you will have to give up something in replacement of it and yes I am talking about the training! Work was something I was doing just to hold me occupied. Rest of it was just life’s decisions. From these notions of mine, you might have entered a little into my ways of voyaging.

I still have no idea on how many sleepless nights I have gone through just thinking about the final competition. Preparing, practicing and performing model races have all just been the time I’ve seen my real intention in life. My life, my passion and my dreams all had a step forward in its track. I loved my busy schedule and training sessions; all have raised my stamina greater which can also have a stand in becoming the greatest. My anticipation level just rose like never before. Hope that everything happens well that day, that time, that hour and that very moment of becoming a champion.

“Jacob! Jacob! Where are you?” came the voice from the staircase. “What is it with the petrifying call Hallock? I’m busy over here, can’t you see?” I replied.

“No, no. I didn’t mean to disturb you, sir, while you’re writing. I just came in to remind you about the press meet this evening.”

“Well I almost forgot about that!” I murmured to myself. “YES! I do remember that. But now what’s the hurry? It’s just in an hour from now.”

“Oh yes. That’s quite a lot of time for you,” replied Hally sarcastically. But those words hit hard in my heart. As Hally was my caretaker I had to listen, at least. I then realized why he was so concerned about me. It was because it actually takes time for a man in wheel chair to get dressed up executively to attend a press conference where questions are asked all about his past.

“Yes, I will make my way into my closet, Hally” I told him. With great pain I became all set for the meet. Help was given in both ways - getting ready and changing my thoughts about myself.

I knew that the interview would be all about my history where it changed my present in a different way, either into pluses or minuses. Well. About my past. It all happened 4 months ago. The time, date and moment that I always tried to forget multiple times despite aggressive, control-less actions.

That night while I was traveling on my bike on the side track of a junction, I saw a few municipality workers covering the road with sand. Petrol had leaked on the road in a narrow streak and so as to cover it they were using sand. Before they could complete, a newly launched sports car rash drives, sparking its tyre as the material of it was just released for probation, producing a narrow range of flames. I was wearing my helmet but with the face shield lifted up. The blaze just took its path along the petrol’s track. As I was riding my motorbike alongside that road, the flame further caught on to my bike’s tyre, too. At that moment I couldn’t figure out any way of disabling the fire on my bike. The flames reached the engine and the last thing I could remember was listening to the ambulance sirens. That’s when I thought of the phrase – Trails that had a turn. To emphasize more on the title, this incident happened just a week before the final race at the bikers’ institution!

“Jacob are you all set?” asked Hallock, entering my room. I replied positively and headed towards my car and a few minutes later, came the notification- “Destination is at your RIGHT.”