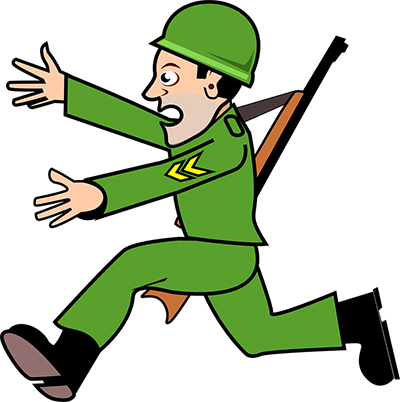 “The World Before” is one of the outstanding stories of the second biannual International Short Story Contest 2017 written by Rachel, Thailand.

Have you ever wondered why we are all different and unique? Was it fate? No. Let me tell you how the world was before. Ever noticed anyone saying things like “It’s not fair!” and “I wish the world was fair.”? Tell them this and I’m sure that this will make them think otherwise. Now let’s get started.

A long time ago, the past seemed like the future and the society was completely different. They were ‘farades’, a nation that looks the same. Imagine that, a lot of people with the same personality, looks and voice. Their names were all Sadiel. There would be no sort of competitive activity because if one person likes one team, the whole nation would like that team too. There would be no arguments because if one person says that they were the best, everyone would agree because everyone had the same thought. The only difference was their gender. Now some of you would think that it sounds nice but it would actually be very boring. Think about it. There would be no commotions, not even one, and everyone would have the same IQ, which means that there was no ‘special’ one. They all lived in a city called, of course, Sadiel. The continents we know now were still connected.

After centuries humans have lived like this, there was an ‘accident’. At first, this baby acted like a normal baby, crying for anything he wanted, but then the baby stopped his crying once his parents were about to name him the same name as anyone, Sadiel. He suddenly spoke.

He muttered, “My name is Henies, Sam Henies. There will be children different from me but they will experience the same thing I will go through. We will take over remember this warning, faredes!”

The poor little boy was abandoned by his parents immediately at the edge of the woods that surrounded the city. He was alone from the very start. He learned how to survive the hard way. Since then, he turned bitter and as he grew up he hated the people so he decided to find the children with the same fate as him. He visited every neighbourhood and collected the children, one by one. It soon grew into a clan. They decided to call themselves ‘Humans’ or ‘Homo Sapiens’.

One day, the farades became suspicious of what they were doing so they sent in a spy to see what they were planning. Apparently, they were planning to declare war upon the farades. The spy returned and reported what he found out about the humans. Everyone there was furious so they attacked them while the clan was sleeping. Sam Henies was woken up to screams of his people. He was paralysed with shock and fear. He was losing his men. Suddenly someone familiar cried out his name. His wife ran towards him but was shot. His wife fell dead onto his feet. That woke him up from his shock. Fear turned into burning anger. He gathered the remaining survivors and ran into the woods for shelter. Sam Henies declared that he will welcome any people that feel different from the farades. After a few weeks, children from all ages ran to the shelter in the woods and grew up peacefully for the rest of their lives. At least, that was before Sam’s descendants decided to attack the city of Sadiel.

After a few decades, Sam was shown as a hero to the humans and a monster to the farades. The farades were enraged that the humans still live so they hunted them like predator and prey. It was illegal to go out of the city. Then, when the humans were ready, the declared war upon the violent farades. The battle was so fierce; it separated the land and turned them into the continents. The war lasted for years, decades, maybe even a century. The sound of swords clashing against each other filled the air. Then, the war ended. The battle field was soaked with blood. The farades were demolished and there remained a few survivors who surrendered to the humans. There were not that many humans left either so they welcomed the rest of the farades. However, the war was so bad that it wiped off all the futuristic buildings so they had to start all over again. That’s when our history happens. When you find a same personality and likes and dislikes, you two might be descendants of the remaining farades. Some of you will ask ‘what about the dinosaurs?’. Well the dinosaurs were a breed of some sort of reptile and mammal or bird. This happened while everyone was distracted with the war.

Oh and you might also want to know that all of this text is all fiction.