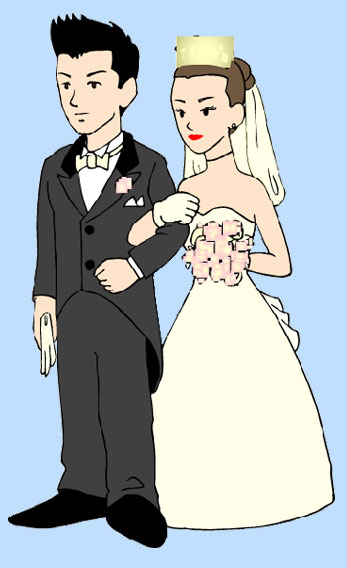 “The Vow of a Lost Prince” is one of the outstanding stories of the second biannual International Short Story Contest 2017 written by Leeanne Shubert, Canada.

The Vow of a Lost Prince

The sunlight that filtered through the stained glass behind the altar was harsh and blinding, it’s alleged jovial nature a mockery when shone upon the ceremony taking place.

The organ had long since stopped, the choir’s voices pattered out to a silence that hung thickly in the air, the lingering ghost of the angels’ voices a haunting presence that ghosted through the air like fog, carrying on the words of God throughout the space.

Though the elevated stage separating the members of the ceremony from its awaiting audience was significantly farther than most to suit the extravagant scale of the church, she could still feel the press of bodies as their stale sweat and faux perfume and exorbitant furs as if they surrounded her—their breath slithering along her neck, their whispered hollow promises and lurid empty threats and incessant gaudy lies like snakes in her head, hissing and spitting at her brain until her reason was clouded, her logic forgotten, her sense discarded.

Or maybe it was just the humidity. She fought the whelming urge to tug at her collar and allow some airflow throughout the sweat-dampened bosom of her dress.

She stole a sideways glance at the rows upon of rows of bodies within the pews, plush velvet-lined seating finer than the lining of her own carriage—only the best for a kingdom of such status.

With the hint of a frown twitching the corner of her lower lip, the tears in her eyes suddenly felt more acute than before. She missed her family.

Her eyes dragged themselves back to the task at hand with the sort of resigned reluctance that was only barely disguisable after so many years of practice had exhausted her resolve.

The ring glinted between his fingertips, caught in the light of the sunbeam, its gold colour stark against the ivory of his attire; a promise of unconditional fidelity and lasting exultance for the entirety of her lifetime, fitted just for her. (Both figuratively and literally—a man of such status wouldn’t dare risk disrupting the impeccability of such an occasion with something as avertible as a shabbily fitted ring.)

Her gaze flickering downwards towards the focal point of the ceremony itself—the exchanging of rings—she noted the uncharacteristic stiffness of his digits as he took her bare hand into the warmth of his kid glove.

Her teeth gritted involuntarily, hidden beneath the guise of a tremulous teary smile.

Risking a glance at his jaw, she noticed the minute twitch that was blessedly indiscernible to those whom weren’t accustomed to his facial insinuations as herself; an inaudible sigh passed between her painted lips, expelled into the air locked within their intertwined fingers.

But beneath the relief of the tic’s imperceptibility lay a certain disenchantment that came with the knowledge of its purpose: this particular twitch was triggered by a frustrated discontent that was out of his control.

She felt the tears welled within her eyelids lids thicken and tremble. I know, she wanted to whisper to him. I know.

She watched aloofly as femininely long pianist fingers slid the ring onto her own hand, observing as the ligaments moved under the hems of his glove, passing the brass over her knuckle as delicately as if she were a porcelain doll predestined to shatter at the slightest pressure.

The watery globules filling her eyes trembled and threatened to spill over the lip of lower lid, twitching the muscle rather unattractively for such a garlanded bride. He never treated Him with such delicacy, with such pitiable frailty, she thought savagely. He had trust in His strength. Does the nature of my sex lead him to believe that I have none?

The band was cool around her third finger— cold, rather; the jewel-encrusted brass double-plated as to disguise the ring of frost-tipped thorns that lay beneath.

She was sure there was a metaphor in there somewhere, though she neglected to delve into the its potential meaning, for she decided that now was not the time to begin to take such into account for further inquiry and ultimate analysing.

She glanced up once again to gauge his expression as he spoke his vow, the words that would bind them for the rest of their eternity that would declare the demise of two discontented lovers entwined in a dance of Fate.

A dance that told the tale of an unrequited love, and the bond that was destined to ruin both lives regardless.

Their eyes did not meet. His head was bent, inky locks tumbling over the porcelain skin of his forehead, cobalt eyes shielded behind the curtain of hair. His lips moved in mechanical reflex, the emotive inflection in his voice an obvious performance merely for the sake of his family’s solace.

Obvious only to you, she reminded herself, her jaw twitching just as his had moments before.

And where her perturbed facial tics lacked in practiced subtly, she made up for in an abundance of hair to shield her face—as well as veil, but she did her best not to think much about that.

In the silence that followed, momentarily filled by the continuation of the priest’s allegedly

God-sent rambling, she took his hand into her own.

It was tradition here that the man wears gloves, to signify the demand for abstinence preceding being wed, and the morality that would remain unsullied once partners were bound for life, emphasised by the glove’s prevention of their bare skin touching.

She was not particularly a fan of this said tradition. It only made her feel as if she were not desired enough to be touched by the bare hands of a man, not even those of her betrothed.

It seemed a rather sardonic irony since she was, in fact, not.

As she bent her head to complete the official aspect to the ceremony, a whiff of the white rose tucked into his breast pocket assailed her senses, and its sickly sweetness made her stomach lurch with vertigo.

His hands were rigid as she slid the ring onto his finger, passing the band past the knuckle and fitting it snugly against the fabric of the glove.

She spoke her vows without feeling anything for the man who stood before her.

She not near as good an actor as he, so when her vows were spoken, the drone to her voice was rather disquieting to the expectant audience; though she knew, with the persuasive corroboration of her newly betrothed, she would easily be able to pass her callousness off as nerves.

When she looked back up at her partner, their eyes finally met.

Cerulean eyes that had once danced with the flames of passion that had held the vastness of skies and oceans, that had warmed and softened and glowed with love . . . now gazed back at her, their colour dulled, their light dimmed, dead.

She’d always had a sort of fixation with lost princes. The hopelessness, the angst, the inexplicable beauty of them. . . . The allure, to her, was inarguable.

But as their lips met—her first kiss, with stiff lips unwilling to move and respond to the dormant passion that this ceremony had diminished to nil within the both of them, that was just as agonizingly false as all those destined to come after, the thorn on the rose to a lifetime of embittered mendacities—she learned the truth hidden within herself. What she had truly fallen in love with was the aesthetic appeal of a lost prince; the thought of a lost soul trapped within the beautiful binds of a young prince’s body.

The church bells’ toll sounded throughout the church, accompanied by the jubilant cheers of his kingdom and the collective voice of the choir resounding; the sound of a thousand screams, broken glass in her head.

She found that she did not want a lost prince for herself if what was lost within him was his heart, in pursuit of another someone that was he forbidden to love.