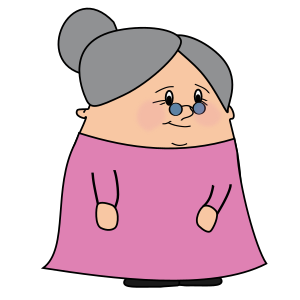 “The Visionless Optician” is one of the outstanding stories of the second biannual International Short Story Contest 2017 written by Dhruv Bhatt, India.

I want you to picture this scene. It is really important to know what is going on. Here sleeps Dr. Adams Marshak, an optician. He has his wife, his children and his loneliness with him today. The smell of jasmine is enlightening their mind while the time is passing as softly as the tune of a violin. The moon is bestowing glory on the beautiful city. The darkness though, is consuming all the beauty, just like greed does. What could happen in such a motionless life?

But suddenly, Dr. Adams wakes up, as the night casts a look on his pale brownish face, he feels them scrolling down his cheeks, those drops of memories. He would never forget her, neither her lap, neither that dusk when she, their love and he would reside among the pale sunlight and the emerging moonlight.

A sudden feeling of distress rises below his dreams, his goals, his wife, his tensions and his children. It is a feeling of an endless love and embarrassment. In half consciousness he sees an angel kissing him. She is of course his mother, lovable and beautiful. More precisely she is his well-wisher, his God, his cook, his friend and above all, his love.

“Where are you, Mum?” He asks foolishly to himself.

His soul deeply offended by such a question reply with his deeds.

“She is where you left her.”

Truly she had been left in a nursing home. Adams gazes at his palms, as if they were his destiny. These hands though, were not less than his destiny for they were touched by an angel, kissed by an angel and of course created by an angel too. But these arms had also dragged out the same angel into a hell. A place which is meant for only those who have none to fall upon whenever they felt they needed them. They were kept concealed, by the greed of those, who thought they were ‘extra expenditure’ when they grow grey and they cannot provide them (those greedy children) with any of their greed, but just love and blessings, because they were too old for this.

Just then he feels as if someone had just whispered in his ears,

“My son will climb up high,

And bring me a handful of stars,

I would kiss his loving arms,

And would make him fall in dreams,

My son will never cry,

And sleep-as the ebony wins the sky!”

“What have I done?” He feels, more than just saying.

He sits motionlessly for more than an hour. He didn’t see the ebony moving soundlessly or the stars, staring at the Earth emotionlessly.

“You don’t have a heart, but a stone in your chest. Greed flows through your nerves, not blood.”

His soul cursed. No, he wouldn’t be able to face his mother after all he has done.

“But she will forgive me. Mothers have a large heart, not like me, a greedy son.”

Time doesn’t wait though, he had more work to do the just cursing his fate. He lay on his bed trying to sleep. Time passes with a great speed now, and just in a wink, four hours pass…

But as the time is passing, Adams gets into a sudden flashback now as his weary eyes are forced shut-

During the birth of his daughter, Adams finds that his mother has become a burden.

“She is old and gets ill each week. I’m a jobless man. I cannot afford to keep up to her requirements!” He declares.

(He remembers how his mother used to sit by his side whenever he suffered from even the smallest disease. Sometimes, she would sit by his side not even winking. She was a single parent. His father had sacrificed himself for his country years before. )

His old mother, Mrs. Julie Marshak, swallows her emotions and gets ready to be kept in the charity- free nursing home.

“I would give them a wrong number, so that they don’t trouble me anymore.” He thinks. He doesn’t wants to pay any sum of money for the charity. He was jobless and couldn’t sell his property for his mother, while she could give away her soul for him.

So, it was done. He sees his mother, her face pale; the glitter in her eye faded but still, bids a good bye.

Back into his time, he wakes up by his alarm clock. It is five in the morning. He freshen ups, wears his dress, has his breakfast and moves for a new day. The young sunrays leave behind the less luminous moon just like he had left his mother. The chirping birds also mark that it is time to wake.

In his hospital out there, he couldn’t just work. He finds his mother singing for him the lullaby that she sang thirty-five years from now and would feel her presence. He would feel her peeping through the windows, just to make sure her son was working.

“Mr. Adams, Mr. Adams. Where are you lost?” The other doctors would complaint.

He had no time to lose. He got up, ran out of the hospital and didn’t stop even when he made the owner almost fall.

“I’ll get her.” He decides. He gets into his car; drives fast and enters the area which he thought he wouldn’t enter into ever. It is the nursing home. He breathes in, then breaths out and with a heavy, nervous heart, knocks at the front door of the nursing home.

“Well I want to meet my mother. She is M-r-s. Julie. Mrs. Julie Marshak.” He stammers, without even greeting the man sitting there.

“Oh! So you have come at last. Now, you will find only her cloths, for your mother was dead, six years before. A very noble woman she was. She loved her son; I guess you are her son, aren’t you? She said, lying on a bed in the hospital that even she breaths her last today, she would always be there for her son, as his shadow. She had also left this for you.”

He takes the paper given by the man and reads it,

“Do you know why wood doesn’t sink in water? Because water feeds a trunk just like a mother does. I won’t scold you, because I have felt you there inside me, and even if you leave me to die, I would forever pray for your success.”

Crying and cursing himself Adams sits in his car and starts for home. On his way, his mind fills with memory and guiltiness.

“I won’t hide anything from my family.” He decides as his eyes burn with the sorrow he had in his heart.

Back at home, he narrates all what had happened, about the note and about his dear mother. His wife cry out on hearing this but somewhere in her heart she feels no sorrow but happiness for now there were no possibilities of her coming back home. The keen children listen attentively and praise their father for his truthfulness and mourn the death of their grandmother. (Adams’ son has never seen her though)

A week or two later, because of his depression Adams loses his job. He again wanders as a jobless man and with no job from three months, comes at the verge of ending his life. One night Adams finds that his son is scribbling something on a sheet.

“What are you writing son?” he asks - putting on a fake smile.

“One day when our food and money will finish, I myself will drop you where you took grandma to, so that my ‘burden’ reduces. I’m very smart. Just like ‘you were’ father. Let me show this to mom too.” He runs happily towards his mom. He cries out of guilt. He had to do something to end his sorrow.

“I will end my sorrow by making my mother immortal.’ He says weeping and so grabs a pen and writes down-

‘An angel had touched my heart with hers,

Today I find her- near my soul,

After kissing and blessing the shore

My mother has left after blessing my life,

And creating a heaven for me alone

And creating a heaven for me alone....’