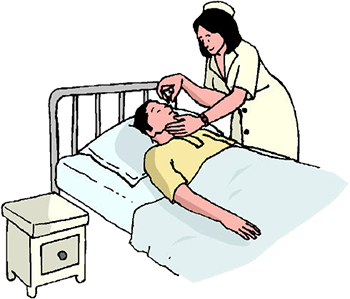 “The Truth” is one of the outstanding stories of the second biannual International Short Story Contest 2017 written by Ananya Aloke, India.

“Don’t say that! And don’t expect Nancy to come running to you like a baby.” Mady trailed with a sigh. Clay glared at her. More than an hour had passed and their conversations had trickled into monosyllables. Clay was not being sentimental or rude, but anyway wanted to see his daughter. Flash back to almost twelve years; it was a cold December afternoon in Jacksonville, Florida. The divorce proceedings of Clay and his wife had just been concluded. Mady came out of the courtroom holding their only daughter, Nancy’s hand. A few minutes later Clay followed them while having an animated discussion with his lawyer, when a black limousine pulled in out of nowhere. He halted his discussion, took leave of his lawyer and got into the car. Before Mady could understand anything, the car whooshed out of her sight. It was only after a few days, Mady realized that the black beauty Clay got into, actually belonged to the widowed socialite and inheritor of a business empire by marriage, Carol Davis.

Mady took a deep breath to loosen her tightening chest. She was in no way interested to discuss about Nancy with Clay. And neither was she interested in Clay’s present. She had come to see him only after his secretary made a desperate call from New York two nights before, at a late hour. According to him Clay, before passing out, had said that he wanted to see her once. However when she stepped into the ward, Clay had recovered partially and seemed to be in a relatively happier disposition. Maybe it was a façade, as he had already spent two weeks in the hospital since the heart attack. When Clay found that Mady had come all alone, he peppered her with enquiries about Nancy. Mady could not stomach it and felt suffocated. As she thought about leaving, something stopped her. Memories from the past floated before her eyes. She was barely twenty-five when Clay, a handsome man in his thirties, had proposed her and she was simply over the moon to hear it. Eh! Totally besotted with him.

While giving a look to that luxurious private ward once again Mady said in a low voice, “Nancy was too young then. She would often ask me, “When would Dad return? I am afraid, she would never want to see you again.”

“She knows you came here?”

“No.” She stared at him, “I would never want to be called a doormat.”

“What the hell?” Clay retorted with a bout of cough.

Mady looked at his face. The face of a sick man. Listless, charmless with every sign of life evidently sucked out. His sunken eyes, extremely dull, with dark rings around them looked terrible. She was accustomed to seeing him as a young, handsome man who reveled in luxuries of life and would go to any extent to get them. “Remember? She was just five then! How could I tell her all that happened.” She said and sauntered towards the window, to avoid any confrontation with Clay. It was snowing outside but she could feel the chill inside.

All these years, Mady, being a single mother, had to do all she could to bring up her child and ended up giving very little of her time to Nancy. Whatever money she got by way of one time alimony was way insufficient to keep both ends meet. In this process the little girl lost all her innocence and sweet memories. Clay meanwhile never came to see her daughter even after court’s permission. She grew up into a teenager, with frustrations dug deep into her mind coupled with addiction to alcohol. Worse, she had lost all her trust in love.

“Want a piece of cake?” Mady suddenly asked turning towards Clay. The words almost struck him like a bolt out of the blue. Mady flicked a glance over those lifesaving machines placed all around Clay. She knew it will not be proper to do so. Nevertheless, to lighten the mood she tried it. Clay gave himself a little shake and threw his mind back to the hospital reports. Well, he couldn’t eat them. But did it matter to him now? Certainly not. Clay nodded. Mady sat down on the edge of his bed and pulled a packet from her purse. Tearing it open, she held up a slice of cake and put it into his mouth.“Oh! Marzipan cake. I was dying to have it.” He said.

“Yes, I know it’s your favourite.... And you also told me you had a horror of hospital food.”

“When?”Mady kept mum. She still remembered the place where she met Clay for the first time. It was her hospital, where she had joined only a couple of weeks back as a nurse. Clay had visited the hospital on account of an accident, which had resulted in a minor bone fracture. While she was assisting the doctor to get his right leg plastered, their eyes met. It was rather a long look and love at first sight. Thereafter Mady couldn’t stop herself from dating him. He was a handsome young technician, working in Henry Davis’s company. He believed in living life king sized and went beyond his means to choose pricey gifts for Mady. Eventually, a six month courtship ended in a marriage. Nancy was born two years later. Clay would call Nancy ‘My Little Princess!’ and he absolutely doted on her those days. Just picture perfect! What else could one desire?

Outside, the snowflakes fell faster than before. She looked at her watch and felt tense. Clay wondered if she was thinking about going back. For some reason, he still wanted Mady to stay with him. Meanwhile a nurse popped in to give a quick checkup. After finishing, she sighed and asked Mady not to disturb the patient much as the mercury had shot up in the intervening period. She administered him a few doses of a medicine and hurried out. Clay stared ahead fixedly for a few moments, twitched his brows and asked for another slice of cake. However, this time, Mady denied him the pleasure of having it. Then, she took her purse, got up and hurried to the door. Before pulling it open, she said, “Take care!”

“You should take rest and...Maybe Carol will be here anytime.”

“Nobody is going to come!” Clay said flatly.

She looked numb and backed down on the chair. Carol has left Clay! Why? She looked puzzled. Clay’s vacant eyes were tucked at her face. Carol was about twelve years older than Clay, the widow of his boss and a much-envied socialite in her heydays. When for the first time Mady discovered about Clay’s affair with her, he had said pointblank. “I still love you but I love her too. She is lonely and needs me all the way. I am her employee and cannot leave her like that. It’s as simple as that.” Mady had never forgotten those words.

After looking at the white and pink lilies in the bouquet, Clay continued, “ To begin with, all went fine, but then she got involved in another relationship. She was kinda club woman... I got used to her ways...but she was horribly snooty... Tried every damn trick to get her back...” A deep breath followed, “I don’t know what I am living for! It is all so damned useless!...” he broke off, banging his fist on the bedside desk.

“How long has it been like that? Since she left?”

Clay shook his head, “For years.”

“Even before she went?”

He nodded with a twinge of unease.

“I know. You have been lying to yourself. Isn’t it?” Anger pent up for years burst forth. “You lied to everyone, to me, to Carol and to yourself.”

“Yes.” The word almost dropped from his lips. Desperately he sat up in his bed but Mady got up to leave. “Listen, Mady. But- what... how does it matter?” He was talking fast, ‘‘Don’t go away like that. I mean... I loved you!”

“Did you? If that was true, why did you go to Carol? For her money?”

Clay did not answer. Mady again took a deep breath, licked her dry lips, and continued with harshness and excitement in her voice, “She was rich and she made you rich. That is what you always dreamt of. You went to her because of that. How could you stoop so low, Clay? How could you? You never loved anyone. You only lied. No one is going to come back to you. We are no doormats.” Clay stared at her, words failing him. He was a damn liar, who had to die all alone. It was a harsh truth. It hit him like a bullet. In a daze, he watched Mady say goodbye and rush out. She did not even give a parting glance.

Outside the snowfall had intensified. Clay let the blanket slide off but it did not bother him. He laid back and shut his eyes tightly. A couple of hours into the night and he was found motionless with his eyes wide open, as if waiting. But there was no one to wait for.