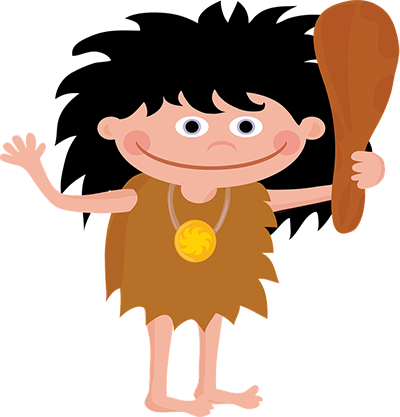 “The Time Travel Trap” is one of the outstanding stories of the second biannual International Short Story Contest 2017 written by Yuke Chan, New Zealand.

“Toooommm, wake up you lazybones!” the angry, inhuman voice of Angelina blasted its way up the stairs and into Tom’s vulnerable ears. Tom woke up with a start. His aching head caused by staying up too late last night, threatened to overwhelm him. Sunlight streamed through his bedroom window as Tom gave his 73rd unhappy sigh of the week. “Another day means another tiresome six hours at school”, he mumbled to himself. As you can see, Tom was like your typical 12 year old boy, he loves demolishing truckloads of food! However, he had one life-changing secret that he guarded proudly. So far he had done a magnificent job of keeping it safe, as no one with the exception of his parents knew about it. If this confidential information was to be leaked into the world, he would be taunted forever and his life would officially end. Tom loved science and technology so much, that he was currently building a time portal in his cupboard, that he hopes one day will whisk him through years and years of human civilisation.

While Tom was walking back home after school, without a worry in the world, he heard the distinctive sound of fast footsteps. Tom slowly wheeled around and came face to face with the ugly smile of Jeff Harrison, the school bully. All of a sudden, Jeff sprang forward at the speed of light and started chasing Tom down the driveway of Tom’s humble house. In horror, he rocketed at full speed into his house and slammed the door. He bolted up the stairs and immediately sprang into his cupboard. Whew, he thought, I'm safe for now! Abruptly, the area surrounding Tom began to shift into a different shape, and Tom vanished in the blink of an eye and passed out.

When Tom came around, he found himself in the care of somebody with a shaggy beard, ultra tan skin and an exposed muscular chest. Tom sat up and rubbed his eyes. I must have passed out, he thought to himself. Gorilla-like people were bustling about, fulfilling their daily chores. Diminutive closed off areas that looked a bit like houses, lined the inside of a wall that ran along the perimeter of the village. A light bulb clicked in Tom's head. I must be in the Stone Age! Tom guessed. As he walked around the brightly colourful village, he mucked around with some of the younger warriors, and did his best to help with the chores around the village. As he was doing so, a sudden commotion startled everyone. Heads slowly turned to see a single warrior holding a spear and something else in his other hand. As the warrior turned to address the chief of the tribe, Tom saw a flash of something shining in the sunlight. His immediate thought was Gold! Sure enough, the object the warrior was holding was none other than an enormous lump of gold, the size of Tom’s fist!! The warrior jogged cautiously to his hut, holding the lump of gold. “Man”, thought Tom, if I got my hands on that gigantic piece of gold, I would be as rich as John Cena!

Tom noticed the people didn't know anything about clothes, as they only had a piece of cloth covering their behind. He decided to teach the women how to sew clothes out of animal skin, in the hope that they would repay him with lump of gold. Exhausted, Tom stumbled into the path of the chief. He was shielding something with his hand! Tom’s heart leapt with excitement as he hoped with all his heart it was the lump of gold. The chief lifted his hand to reveal the gold. “Ugg Ugg” he proclaimed as he pressed the cold piece of the rare mineral into Tom's outstretched hands.

“Yes!” Tom shrieked with glee. He then proceeded to try and climb over the wooden wall and sprint into the forest, but he realized that he was stuck in that place! So Tom had to remain in the village forever, tending to the chiefs every need.