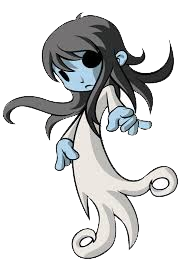 “The Task” is one of the outstanding stories of the second biannual International Short Story Contest 2017 written by Amrutha. R. Shenoy, India.

“What task can we give them?” asks Sania the bully. “We can tell them to do something spooky. And they won’t cheat, they’re pretty honest…” replies Margaret, one of her best buddies. “How about a trip to the haunted house?” asks Sania her eyes twinkling. “Great idea!” replies Sam grinning. “They should be here by now”, says Margaret looking around. “Here they come”, says Sania pointing a rather skinny and pale girl with dark hair and blue eyes and a plump girl with blond hair and brown eyes. “Hey,Tina! Chelsea! Over here!” calls Sam. Tina and Chelsea walk over to them. Both of them had just lost a bet and had to do a task now… “The task is ready. You’ve to stay in the haunted house for at least an hour starting at 4pm and no cheating.” says Sania. “As if we cheat”, mumbles Chelsea under her breath. Tina just smiles grimly and both of them head off to their seats as the teacher walk in.

‘So this is the haunted house’ thought Tina gazing up at the old, almost broken down 2 storey house. According to the rumours, the landlord- an old man and his granddaughter used to live here. The landlord died of age several years ago and it is said that the girl lost her sanity in grief and loneliness for, a strange laughter and howling were heard coming from this house at night after which she eventually died… The locals still say that they can sometimes see the sliver of a girl wandering in the upper floors and now no one comes this way. ‘The poor girl’ thought Tina sighing. ‘But where’s Chelsea? It’s already 4:15!’ No longer had the thought passed her that she sees Chelsea running down the road. “Hey!” says Chelsea breathlessly. “Sorry. Got delayed.” “No problem! C’mon, let’s get in.”

The wind rattled the windows as they entered. “Sania and her cronies haven’t come to see us, have they?” said Tina. “Probably scared”, says Chelsea as both of them laugh closing the door carefully behind. “But I don’t blame them”, said Tina looking around the house. It was dead depressing in there. Ceilings with a lot of cobwebs, doors and windows hanging off their hinges, rats scurrying around as their torch lights fall on them… As they go in their heart beats increase. Tina feels as if somebody is watching them but immediately dismisses the thought. “The air here is so tense it’s suffocating me!” she thinks bitterly. “Hey, have a look at this!” exclaims Chelsea pointing to an old picture on the wall. “This must be the little girl”, whispers Chelsea. ‘Is it my imagination or did the girl actually blink?!’ thinks Tina fearfully as they both pass the picture. They slowly climb the stairs to the first floor. Here the place was even gloomier… They walk on without comment making their way to the last floor, constantly checking their watches. As they reach there the rotting smell level increases sharply and Chelsea immediately squeezes Tina’s hand and whispers “It’s nearly time. Let’s go back” and there was real fear in her voice. Just then the door of the room at the far end bursts open and the ghost of a girl floats out, glares directly at Chelsea and let’s out an unearthly accusatory scream. Both of them screaming, ran down the stairs and out through the front door, running opposite directions to their houses, Tina not stopping till she reaches the sanity of her home…

“And then we ran down the stairs and out. Oh my God! How scared I was!” exclaims Tina for like the hundredth time to her classmates watched sullenly by Sania and her group as their plan of proving Tina and Chelsea as cowards had totally backfired on them (resulting in Tina’s increased popularity). Suddenly, the teacher comes in looking grim and makes an unexpected announcement, “Today, I am very sorry to announce the death of one of our students here. Chelsea Warrington passed away yesterday while crossing one of the busy roads at 4pm. I myself saw her die as I was there at that precise moment and has been told to deliver a last message to Miss. Tina Williams that she is very sorry that she won’t be able to come for the task.” As everybody turns their heads towards Tina, she faints.