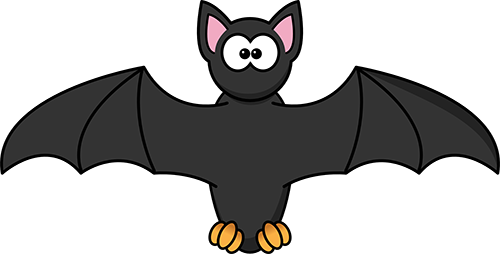 “The Secret Life of my Animal Friends” is one of the outstanding stories of the second biannual International Short Story Contest 2017 written by Rujula Murali, India.

The Secret Life of my Animal Friends

Undoubtedly Bhushku and Batty are cute but I think they have a secret life of their own .Let me narrate to you some experiences which may convince you of my theory.

Oh! Let me introduce you to Bhushku –He is a quaint little Tailor bird with a very long tail twice the size of his body.

And Batty! He is a member of the unique flying mammal Bat family and a Fruit Bat at that.

And now for the exciting story….

It was the middle of May and I was holidaying at my Grandparents house in Bangalore. My family, as you may not know is a bird loving bunch. They are always on the lookout for birds. At about midafternoon, when my grandma was sitting in the garden, admiring the beautiful flowers which had bloomed, she saw a spectacular sight. Four tailor bids were perched on the rim of our bird bath and were splashing water in all directions and chirping loudly as if they had been introduced to water for the first time. My grandma was very excited and reached out to the rest of us gesticulating, so as to not disturb them. We were all awe struck and gazed at the tiny creatures. The birds spotted us probably and flew away. Two of them came back often. We knew at that moment that we had a special bond with these two. It was decided that they would be called Bhushku and Sleek. The next day, the birds came again, not for the water but looking for a place to stay. They found the rosebush the most comfortable. Both would roost on separate branches. In due course of time we found that the birds were acting strange. They started roosting side by side! Then for a month almost Sleek did not come and Bhushku roosted alone. We were dismayed and then suddenly one day they came back with three chicks in tow!!!! Now, strange things started to happen. They would come at midnight and eat the hibiscus flowers from our garden. They would chirp differently, like a peacock. They started bringing more visitors, not from their family, but monkeys. Oh what a nuisance it was! Monkeys were everywhere, eating the juicy mangoes and the fleshy strawberries. None could explain the logic.

See, this must have convinced you of my theory. If it didn’t then this story will.

It was at the time of my exams and I was frantically revising my chapters for Science. I had often seen a black, shining Bat whom I secretly named Batty hanging upside down on my window sill after sunset. The study room was my go to place during exams and I would practically live there. Just then Batty flew into the room from the window, struck by the blades of the fan, collapsed on the ground, bleeding heavily. I was paralyzed for a moment and then came to my senses. I screamed loudly, got up on the chair and started crying even when nothing had happened to me. My mom who was in the kitchen, making dinner rushed into the room. She saw me propped upon my chair and asked me if I was playing the floor is lava challenge. I was too tensed to reply and just lowered my gaze to the ground where the injured bat was lying. My mom gave a shriek and rushed to the bathroom to get the broom and went to the winnow to scoop Batty up and lower it gently on the window sill. Suddenly, I got the feeling that I was being watched. I turned around and saw a group of bats outside the window staring at me with strange protruding eyes and so I drew the curtains and wondered ……….why did Batty fly in? How was I supposed to help it?

I figured out that Batty was indeed helping me by roosting by my window by eating all the insects which dared to come inside the house and eating the spoilt fruits dropped by the trees outside my house.

Anyways, all is well that turns out well –In a few days, I saw Batty healed up and hanging upside down at its usual place BUT we got netting fixed on my window.