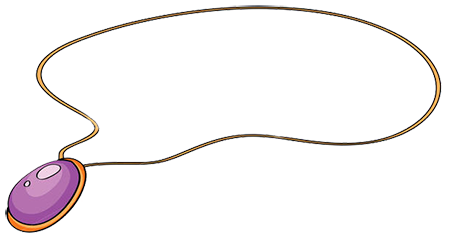 “The Pendant” is one of the outstanding stories of the second biannual International Short Story Contest 2017 written by Sonali Deepak Chawla, UAE.

It was the last day of the semester, and as always, this year too Sharman had no luck making friends at school. He was this lonely, studious student everyone made fun of. He sat alone in lunch breaks, had no friends to share secrets with, was always the one left out and walked back home alone. He desperately needed someone and did call out to a few of his classmates, but never really got close to any of them. Even difficult times get easy if you have a good company, but Sharman had to face everything all by himself.

Everyone rushed out and soon the silence of the empty corridors vanished into excited chattering and vacation plans. Sharman, head hung low, walked up to his locker, got some books out and walked out of the crowded hallway. He took the same weary path home and treaded on. But today, he stopped by the isolated community park a few blocks away from home. He jumped in through the broken fence and sat there peacefully just when behind the old oak tree he saw Varnia, sobbing. Varnia was his batch mate for two long years. She too, like him, was very quiet and shy. As he started towards her, she, oblivious to his presence, stood up and paced towards the other fence and started climbing it. She was leaving. Sharman tried to call for her and reached the oak tree where she’d sat sobbing. There he found a blue crystal pendant lying in the leaves. He lifted it up and called out, “Hey Varnia, wait, I think you left your whatever pendant this is, over here.” But she did not seem to hear him and jumped off the fence on the other side and ran towards the busy street. “What’s up with her? I’ll give this to her some other day.” Sharman thought out loud and sat observing the silver rimmed blue crystal pendant that glowed warm in the summer sun. Suddenly, a gentle female voice from somewhere close startled him up. It said, “Hi, you seem to be in need of a friend. Make me one and we can be friends forever.” Sharman looked around for the source of the voice and saw a pretty girl, of not more than sixteen standing right in front of him. He was quite sure there had been no one in the park except him, but when did she come here. He stammered, “How did you…who?” and got up to his feet. She put a hand forward and spoke,” I’m Ichar. I befriend those who are in need of one. My condition, only one, promise to be with me forever.” Sharman realised he’d been gaping at her all this while. He shook his head and came back to senses. “I’m Sharman. Nice to meet you. Now I would appreciate from you an explanation for your mysterious arrival here.” He said and shook her hand. Ichar looked rather different to him, not like the other girls he saw around him. She wore a simple blue silk gown with a silver piece of cloth draped over her waist. Ichar gave a warm smile and replied,” I was here all along and I know everything about you. I can be your companion if you want. All you have to do is keep that pendant with you.” Sharman looked down at the pendant in his hand, perplexed and as soon as he looked up to reply to her, she was gone. It felt as if he had been speaking to himself. Questioning himself whether he was hallucinating or was Ichar real, he put the pendant into his pocket and quietly walked back home.

The next day being the first day of his holidays, he slept till late. “Good morning Sharman!” He woke up to the sound of Ichar. He sat up immediately and looked around and to his surprise, he saw Ichar sitting by his bed. Breathing heavily, Sharman exclaimed,” You better stop freaking me out. How did you get here?” “Don’t you remember my words? I’d said, keep the pendant with you, and that’s where I’ve come from.”Ichar said. Sharman looked confused. Ichar went on with her story, “I live in that pendant. I can’t escape it and it gets really boring in there, without a friend. That’s when Varnia found me and I became friends with her. But lately, she wanted to get rid of me and so she left me in the park, just when you found me.”

Then onwards, Sharman had found a good friend and surely did not want to lose her. They spent time together. Sharman shared everything with her and just like an ideal friend, she would advice him, cheer him up and never let him by himself. He promised himself he would never be the old, lonely Sharman ever again. Once, on the way back from the market, Sharman met Varnia. He told her how he saw her the other day and wanted to return her the pendant, to which she said,” I do not want it back, ever. I’d found a good friend in Ichar, but she just gets too demanding. I couldn’t handle her…” Saying this she walked away, just when Sharman felt a sharp vibration in his pocket, where the pendant had been. He took it out and found it glowing warm, but then he noticed, Varnia had just passed him but was nowhere to be seen. She was never this quick.

Days went by, and Ichar dropped in less frequently. But they were still good friends. More days went by, and Sharman saw Ichar change. “I wish we could stay together too”, “Why don’t you come live with me?” were her increasing demands. Sharman came to know that Varnia’s parents had filed a complaint that Varnia had gone missing. This was thought provoking. Sharman recalled the last meeting with her and he clearly remembered not seeing her around after that.

He spoke to Ichar about it. She mumbled,” I don’t like people breaking promises. And, she is where she is supposed to be.” Sharman realised what had happened. Varnia was taken by Ichar and somewhere he knew he would face the same fate too. He started distancing from Ichar.

One day, he woke up and found himself in a very mystical place. He found Varnia curled up on the floor beside him. He thought he was in a dream. Then he heard Ichar, “Welcome to my world Sharman. You won’t need anyone else ever. We all can live together forever!”