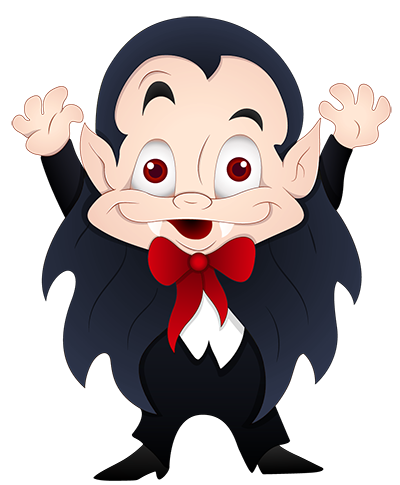 “The City” is one of the outstanding stories of the second biannual International Short Story Contest 2017 written by Dheepta Goswami, India.

I looked out of the window by my seat as the plane departed from the city of Transylvania. I did not imagine that my first trip to Europe would turn out to be the most horrifying experience I ever had. Vivid scenes of the previous night flashed in my mind. Thinking about what had happened sent a chill down my spine. I still remember how it all started….

It was the most exciting day of my life. My family and I were going to Europe. Throughout the flight, I kept on blabbering off to my elder sister about how interesting and fun this trip was going to be. When the plane landed, my excitement level increased. To make our trip even more grand, my parents booked us rooms in one of the best hotels in the area. I kept on telling myself that this was going to be the best vacation ever. Little did I know of what horrors awaited me in that very city.

Though it was the perfect season for a vacation, things seemed a bit bizarre in the city. Everyone walked around cautiously and seemed to eye each other suspiciously, like no one was trustworthy. I found it weird but I shook the thought off, thinking it was common around the area. We checked into our hotel and it looked really classy from the inside though it looked a bit creepy from the outside. We had booked two rooms and thanks to me, my sister and I got one room and our parents the other.

Since we were tired and worn out after travelling, we decided to rest for a couple of hours and explore the city in the evening. We decided to shop and have dinner at a fancy restaurant. That was the plan for the evening and I wish my sister hadn’t changed it. While we were roaming around the hotel for some time, my sister suddenly started to talk about vampires and that, maybe they were in this very city according to one of her crazy ‘theories’. I laughed it off saying there was no such thing as vampires or werewolves as she thought. That was when one of the attendants in the hotel overheard our conversation and said with a mischievous smile, “You really don’t know if they are here.” It sent a chill down my spine as he walked away grinning to himself. We finally concluded that the man was trying to scare us or was a bit insane.

We went for shopping and I thought everything was fine until I noticed a shop in the corner of the street with the name “Creatures of the Night”. I grew curious and dragged my sister into the shop to check it out.

The shop was even weirder and creepier in the inside. There were capes in all shapes and sizes, sunglasses in plenty, and some chalices containing a peculiar red liquid. I got even more spooked when some people entered saying that they needed blood. We quickly found our way towards the exit. We thought that it was just a weird day, but it didn’t stop there.

As the sun set and the night approached, things got weirder. We decided to dine in a multi-cuisine restaurant. After the weird incident in that strange shop, my sister and I had lost our appetite. So, we just ordered ourselves vegetable salad and announced that we were full. My parents decided to walk back to our hotel as it was only a few blocks away.

As we were walking, we came across a movie hall. Surprisingly, we found that it had a movie that my sister and I had been longing to watch for a long time. We begged and pleaded our parents to watch the movie. Since they were tired, they asked the two of us to watch the movie and come straight back to the hotel after the movie got over. We agreed and rushed into the theatre.

It was midnight when the movie finally ended and we decided to walk quickly to our hotel. It was really quiet and no one was to be seen around. That was when things really went off the hook. As we were walking we came across a narrow lane. As we passed by that lane, we heard strange sounds coming from the exit of the lane. We got curious as well as a bit terrified. Quiet as mice, we tiptoed towards the exit. When we finally reached the end, we hid behind a nearby wall and gasped at the sight that we saw. A tall man, who was inhumanly pale, appeared to be biting the neck of a lady who seemed unconscious.

We were so horrified; I could hear my heartbeats growing faster with every passing minute. We didn’t want to think of what it was, but both my sister and I knew that the tall figure was actually.......a vampire. I thought I was losing my mind and was dreaming. I started losing my senses because of the fear and started crying. My sister tried to hush me by putting her hand on my mouth so as to not attract attention. Unfortunately, it was too late.

The vampire had sensed our presence and leaving the unconscious lady, started heading towards us, smiling maliciously. We ran with all our might through a small passage which led to an open area. There, we found many people dancing to country music and having a merry time. We soon realized that the figures dancing were not human but vampires. I felt like my heart had come to my throat. I just wished that this was some nightmare and nothing more. Sadly, the nightmare never ended. My sister finally got me under control and told me to play along and act like we were one of them. Though we were able to keep up with the act for a short period of time, it didn’t take long for the horrific creatures to realize that we were human.

They started cornering us, each one wanting to bite us and drain all our blood. We could see the thirst in their eyes. I was so scared that I could feel my hair stand up. The vampires had scared the hell out of me that I couldn’t even cry or speak a word. I knew my sister felt the same way too as I could feel her hands shaking when I touched her. Just when we thought it was over, I noticed the silver chain hanging around my neck. A wave of relief washed over my body as I remembered reading somewhere that silver was one of their weaknesses. We tried to test it and it worked. I quickly removed the chain from my neck and held it in front of them, keeping them away. We slowly inched backwards, holding the silver chain until we felt a hard surface against our backs. I thought we were cornered until I looked behind and realised that it was a huge metal door. Looking behind, we had unknowingly led our guard down. Seeing their chance, the vampires came closer, aiming to finally achieve their goal. Noticing the vampires only a few inches away from us, I tried to escape but tripped on a piece of wood and fell back. The metal opened behind me due to my fall and I landed inside the building. My sister quickly entered after me and shut the door behind her. We spent the next few minutes in each other’s arms.

We both heaved a heavy sigh of relief when we realized that we had unknowingly entered a church. We were so tired with all the events of the night that we fell asleep in that very church. We were woken up next morning by one of the priests in the church. When we narrated our story to him, he told us that we should leave the city as it was inhabited by vampires.

Coming out of the church, we contacted our parents and discovered that they had been very worried and were searching for us throughout the night since we did not return for a long time. They were furious at us for staying in a church throughout the night without telling them. My sister and I decided not to tell them about the vampires as they would not believe us. Fortunately, we were to leave for another city that very day, I was overjoyed and finally felt safe since staying there was creeping me out with every passing second.

We went to our rooms, packed our bags, and left for the airport.

I am really thankful that nothing happened to me, or my sister. I hope that rest of the Europe tour would be fun. Nothing weird has happened from the time we left Transylvania. We have finally reached our destination. Wait! Did I just hear a couple of people saying that this place is said to have evil spirits haunting the streets at night? Oh no!