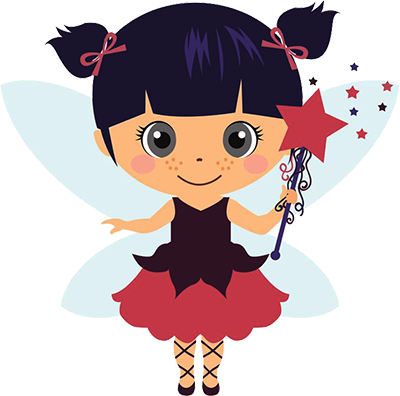 “The Chocolate Land” is one of the outstanding stories of the second biannual International Short Story Contest 2017 written by Anantika Choudhury, India.

Justin was a thirteen-year boy who lived in Canada with his parents. He loved chocolate very much and believed that there was a land of chocolates where fairies lived and there was chocolate everywhere. One day while he was doing his homework in his room, he noticed a fairy crying in the corner of his room. At first, he was very scared to see her because he had never seen anything like that before, but he decided to talk to her because she might be in a trouble. So, he went up to talk to her. He said, “Who are you? Where do you live? Are you in some kind of trouble?” The fairy replied, “I ’m Jennifer and I live in chocolate land and you guessed right, I’ m in a trouble, a big trouble.

A monster has captured our land and anyone who tried to defeat him was killed. I’m the princess of the chocolate land and we do not have enough fairies in our army to fight against him and the remaining fairies are also very weak. Can you help us? Can you come with me to fight with the monster?” Justin thought that it was a good opportunity for him to go to his dream world which was the chocolate land and agreed to help her. So, the next day, Jennifer came to his room again and this time to take him along with her. Jennifer brought her best chariot with her, so that they could reach as soon as possible. It was a very long journey, from Justin’s house to the chocolate land.

Finally, they reached the land of chocolates. Justin was very excited but he also had a fear in his heart as he had to fight with a monster that was five times bigger than him. Princess Jennifer showed him how much destruction the monster had caused. She said to him, “Tomorrow the monster is going to come again and I want you to fight with him as soon as he comes.” The next day, the fairy woke Justin early in the morning and said him to take a bath and then join her for tea. After they had their tea Jennifer asked him to stand up.

When he stood up she chanted a spell which changed Justin’s t-shirt and pants in an outfit made of metal which was made for battle. Just as he was about to thank her, a man came in who was severely injured and shouted “THE MONSTER IS HERE!” and fell on the ground. “He is dead. You better go and fight before the monster does anymore destruction and eats more chocolates.” Jennifer said. Justin agreed with her and walked outside. When he reached the battle field, the monster was already there.

The monster had two soldiers in his hands and was shouting to the other fairy soldiers standing in the field “Where is the tiny-miny kid that will kill me?” He looked terrible. He was blackish-brown in color, he had one big eye in the middle of his forehead, his canines were long and had blood and green-colored saliva, which looked like as if it was very thick. He wore ragged cloths which were cream in color. Justin’s heart was beating faster than ever. Slowly, he moved forward and shouted, “Hey you monster, listen to me. Stop troubling the innocent people of chocolate land. Come, fight with me.” The monster replied “Fight with you? (He laughed) Are you sure? I am sure that a small boy like you will not even be able to hit me properly. Come on hit me, come.”

This made Justin really angry. He clenched his fists and looked at it. He noticed that there was a very small button which he hadn’t noticed earlier. Without a second thought a sword appeared in his hand. He ran towards the monster to cut one of his knees. He stroked his sword so hard that the monster fell down. He shouted to Justin that once he gets up he would destroy the whole chocolate land. The knee of the monster was bleeding very heavily. Now, Justin could see that princess Jennifer was flying down to the battle field. She said to the monster, “You are evil and you will never be able to destroy my wonderful land and my wonderful people because you are going to die.” The monster was now looking helpless.

Princess Jennifer took out her wand and shouted “VOVENSTEWO”. A sparkling blue light came out of her wand and hit the monster. For a moment, Justin felt really scared but he also felt that he was the bravest man in the world. He saw that the monster was not moving anymore. He asked Princess Jennifer whether he was dead. She smiled and replied to him, “Yes”. Now, Justin could hear that all the people in the field were shouting and dancing happily.

The impact of Jennifer’s spell was so strong that the dead body of the monster started to vanish. Chocolate land now felt more magical then ever. Justin asked Jennifer whether he could go home now. Jennifer replied, ‘Thank you, for saving us and you can go to your home but before that I want to gift you some of the most wonderful chocolates of our land.” As soon as she said that a fairy came to him with a big box which seemed as if it was filled with chocolates.

The fairy handed over the box to Justin and thanked him because he saved their kingdom. In the meantime, Princess Jennifer had asked one of her servants to bring her chariot as Justin would go home now. After the chariot had arrived, both Jennifer and Justin went back to Justin’s home.

He was so happy that he told Jennifer that he would be going to stay there on his vacations. “I must be going now.” said Jennifer and by saying this she sat back on her chariot waving him goodbye. Justin gave her only a smile in return. Jennifer had now gone to her own land which was ‘The Chocolate Land’ and Justin was nibbling one of his chocolate bars and doing his homework but now he was feeling more confident than ever.