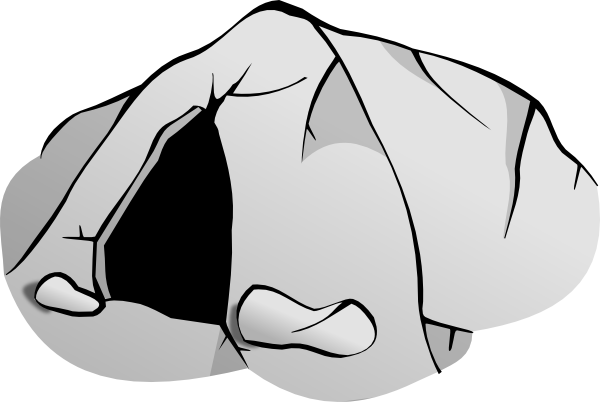 “The Cave of Darkness” is one of the outstanding stories of the second biannual International Short Story Contest 2017 written by Hanzala Ahmad, Pakistan.

The Cave of Darkness

Feeling dizzy, I stood there weak and hurt. Looking around, I found out that I was underground and there was mostly darkness (if the beam coming in from the roof can be ignored). The rocky floor was not comfortable and there was constant cold that I felt. I tried to stand but pain seared through my ankle due to which I stumbled back and fell once again. Therefore, I examined my ankle. It was swollen and looked very much broken but using a piece of wood and cloth I made a support for it by tying the cloth around my ankle with the piece of wood I put vertically to my tendon. I searched for my sword only to find it broken. My armour was not in a decent shape but there was nothing I could do about it. ‘How did I end up in this queer cave?’ I thought to myself.

Eventually I remembered what had happened. It was the dark empire… we were ambushed. The war had continued its destruction and soon we found ourselves winning a stranglehold over the dark empire, they had started to retreat!!!! I was amongst the army of Avulon with my friends Layamur the ranger and Natlus the mage. We were pursuing the remaining dark army. ‘There is something very queer about their retreat’ Layamur had said to me and Natlus to this Natlus had replied: ‘Go on ahead, I shall reign terror upon them from their flanks!!!!’ It turned out that Layamur was correct, the retreating army had cut a path that led right to our rear from where we were the weakest and their attack had almost destroyed us. Our assault had been officially transformed into a retreat. We moved our forces (as quickly as possible) from one cover to another until a voice came among our ranks was heard saying: ‘Elves!!! Elves!!! And Dwarves too!! They have come to our aid!!’ By looking at the direction pointed by the warrior I found out he was right but it was then I heard an explosion and soon found myself falling into the abyss.

A sound of someone or something scrambling jolted me to the present. ‘Don’t stay in the past was what my mother always said and now look Alex what you’ve done. I presume in this amount of time something might’ve gone terribly wrong.’ As if right on time a dark shape crawled towards me. It was only when it was near me could I make out its details. It was a skeleton walking as it just remembered how life was and wanted it back. In its hand was a sword. I retreated slowly as my fear was stronger than ever. The skeleton crawled, dragging itself using its hands. Every time it would look at me and chatter as well as move more vigorously. It lunged at me but soon found itself tackled and then found its hand ripped from its location. I took its weapon and destroyed it.

The cave itself looked very dangerous, more than before. It was more illuminated than before which I found very peculiar. Soon I found out that the reason for it were strange crystals that were now suddenly luminous. ‘I was right when I called the cave queer’ I thought to myself. At least I had a sword which I held in my right hand. ‘Not a comfortable weight but I have nothing else’ was what I said to myself loudly just to encourage myself by hearing a voice. There was stone behind me so I could not go there but I could move forward from where the skeleton had come from. Therefore, I started moving towards that direction. The cave opened into an enormous chamber with many paths but I took the one with the luminous crystals.

My choice was not at all good. A few more of those skeletons were the ones to point that out. Eventually I became very thankful that I picked up the weapon as it had some effect on the skeletons, bringing it close to them started disassembling them. This, however, also horrified me with the question: What will happen if I had been struck? During the battle with the skeletons I started losing my strength and just at the brink of collapsing, the battle was over. I stood up with my mind foggy and my muscles burning.

‘Well Alex: 2 and skeletons: 0 I guess’ I said to myself ’Come on Alex you are getting ahead of yourself! Find the exit first and don’t waste time!’ So, I moved on as you would guess and eventually I ended up in a stranger part of the cave. It was dark and smelt of decomposition. My eyes laid upon a purplish glow. ’An orb!!! How did it get in here?’ I said. Orbs, meaning power in arcanish, were magical items and were fabled to be the only way to defeat the dark mage. ‘So that is why there were skeletons! It’s the orb of darkness!!’ I obviously took the orb and marched on.

Soon enough I found light. Excited, I ran towards it and found myself back on the ground. I could not help but smile, there was smoke but no sign that the battle was not over. I may have come out alive and mostly unhurt but a fear had settled inside of me that may never leave me.

‘Alex!!!’ I heard the familiar sound of Layamur speaking. ‘What is it in your hand? An orb!!?’ continued Alex.

‘What happened to you? Where were you?’