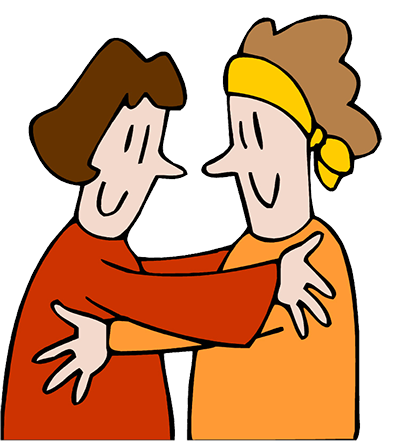 “Rosanna” is one of the outstanding stories of the second biannual International Short Story Contest 2017 written by Rebecca Lommers, USA.

It was the day of her birthday. I had faint childhood memories of us playing on the playground, hugging, filming, and taking pictures of our experiences together. She used to love that, and I did too. Then, one day, it all stopped. We never talked again, but I had made a promise, that one day, when we may be sixty years old, or maybe even seventy, I would show up on her doorstep and we’d reunite. So here I was. I had tracked down where she lived. Now, I just needed the courage to ring the doorbell. I took a deep breath, rang the doorbell, and waited. She wasn’t coming. I sat down on the bench, I would wait however long it took.

A few minutes later I heard a noise inside the house. I walked back to my car and grabbed a box in the front seat. It read: “Cara’s and Rosanna's Time Capsule June 16, 2017.” I sat down on the bench again, and stared at it. I fingered the necklace around my neck, about to burst into tears. Then I did. I cried, and cried, and cried. Then the front door opened.

“Hello?” Asked an older woman, her brown hair in a bun, with streaks of grey everywhere. Her wrinkles were faint, mainly made from laughing and smiling often. Then I looked her in the eye, and we were silent. I saw she had a silver chain around her neck, like mine. I slowly pulled the necklace out from under my shirt. It had a little flower charm on it, and a little oval with the engraved word “Forever.” The older woman pulled out her necklace, just the same as mine, except the word “Friends” was engraved.

“What have you got there?” The woman asked, motioning toward the time capsule.

The older woman gasped, “I had forgotten about this.”

“I had too, but then I saw a note that I wrote you: ‘One day, once we’re sixty or seventy years old and one of us might have forgotten all about us, I promise that I will show up on your doorstep one day, and we will have that true, meaningful hug, because I love you, Rosanna. I love you. I love you. I love you.’ I figured it was about time.”

“I love you too,” Rosanna told me.

I smiled, the happiest smile I had ever smiled. It was like you’ve lost a pet and you’ve found it again. You’re overjoyed, happy, and content. You forget all about the problems of life, you forget about your job, your homework, and big deadlines. That’s how I was feeling right now.

We stood there smiling at each other like maniacs, but we didn’t care who saw us. They saw us together, and that’s all that mattered. Then, we hugged. We really were “Friends Forever.”