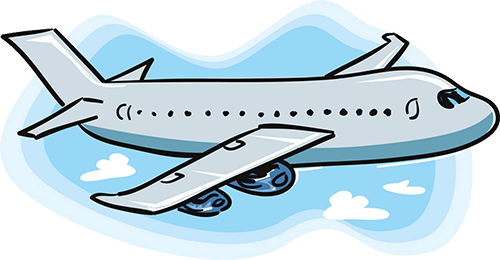 It’s not always that bad to get kicked off from something major like the National Science Committee, especially when you are a person who had to do better than your level best to get yourself in. Well, that’s what happened in Carden Kimmels case, an aspiring scientist who is at the verge of changing the world. As a kid at school who was made fun of for learning more than what he was supposed to, who looked horrifying to others cause whatever he said would come true some or the other day in the future or because of the fact that he could trick his whole class into believing that they just didn’t have science class before ten minutes with his sprouting knowledge in mentalism. He was nicknamed the ‘child prodigy’ of his school by his teachers, which sounded more like ‘scary alien’ to other students. If he had a home, it was the library and if he had a friend, it would be his books and his hobby researching. Maybe this was the reason why he didn’t feel so lonely in his extreme lonely life and could also be the reason why he is still a gentleman unmarried in his forties.

Recalling his last few embarrassing hours in NSC he straightens up in his Mercedes as it reaches London Gatwick airport from where he is supposed to take his flight to La Guardia, New York, his home base. He could see the whole crowd of journalists waiting for his arrival. He recognised some faces back from the NSC meeting. He starts slowly with an intention to walk through by avoiding the entire buzz as his driver hands his suitcase. He walks straight ahead realising that they have spotted him as they strutted with their mics and cameras rose towards his face. Well the cops helped him from being squashed. He could already hear questions being raised towards him, “Do you think your inventions are going to work out?” “Are you trying to say that the world should actually believe in fictions?” “Will you get back to NSC any soon?” “If this is true, are you taking this world to a doom?” he got into the airport without getting distracted by those questions except for that last one. Was he actually taking it to a doom, he thought to himself but he was sure that whatever happened he will succeed in this one, his long term dream, his years of hard work. A few words or criticisms weren’t going to let him go off his path.

A few minutes later he got into the airport longue where he was invited by a strong aroma which you usually perceive upon entering five star hotels or lounges like this. He sat in the extra comfy leather armchair savouring a glass of wine given by one of the chefs and slowly relaxed. He was usually accustomed to flying in his business jet but as the past few hours seemed to drift in another direction even beyond his sixth sense, he had to make arrangements to fly in a commercial airline that too in business class. He was a person who loved luxury. Costly suits to his own multi high-tech lab with all facilities were his pride but one thing he hated was working with others. He was always contented doing his job alone. He was arranged to get in his flight even before any of his fellow passengers. Even flight attendants felt a bit awkward welcoming him in flight, probably the hangover of all the news that hung around him. Ignoring all this he sits on his distinct aisle seat, lays back, closes his eyes and prepare to immerse himself in a deep darkness avoiding all his thoughts from causing further decay to his mind and fell into a good slumber even before the fight took off.

Even in his sleep he could feel the lurching in his stomach as the aircraft speeded up on the runway and as the force thrust him towards his seat when the nose rose but that wasn’t it, he could feel another wave of force hitting him, increasing minute by minute. It was like something was coming close to him, he could feel that pressure, the dropping of soul. He tried to look around but he was unable to open his eyes. He tried hard as his heart started pacing fast and then there he saw flashes of light; he focused hard with his eyes still close. There were sudden flashes of images, those were places, he realised, skyscrapers, towns, deserts, only that he has seen those places before but still unrecognisable. He looked deeper and then there went a number as quick as a lightning bolt, it was a two digit number… yes he thought it was fifty. Then he heard an ear piercing thunderous sound and it was drawing closer…closer and closer…he suddenly woke up with a small scream, he was breathing hard, people were staring at him from all corners. There were two stewardesses in the aisle, one asking if he was all right and the other handing over some water to him. He quickly took the call and drank it in one gulp and asked the stewardess in a breathless voice, “I want to meet the captain. Now!” They looked ridiculously at him, surely a bit tensed too and the lean one of them replied in a shrill voice “Sorry sir but the flight hasn’t reached the cruising altitude yet, I am afraid you can’t.” But like he didn’t have time to listen he put a hand forward and said, “It’s really urgent”, his voice was hoarse, he went on. “Something that has to decide the future of this flight, you must be knowing me as a scientist I presume and what I have got to say is important, listen I won’t be able to tell that in front of these many passengers” his voice was almost nearing a whisper. The two flight attendants looked at each other and nodded, the lean one left for the cockpit asking him to follow. She took the telephone attached to the door and called the captain and said, “Captain we have Mr.Carden Kimmel waiting to see you, he says it is a bit urgent, something about the future of flight and all, don’t think he will cause any harm, I think he is just being frantic.” He could hear the captain replying “Let him in.”

The cockpit doors were unlocked and finally he was in. He noticed that the captain was a young agile looking fellow with a short figure who turned around when he entered, his name tag read James Roger though the co-pilot, a lady, at the end of her 20’s was completely focused at flying, not even bothering to look around. The captain began “Good morning Mr.Kimmel.” He spread a wide smile. “Well, was a bit curious when I saw your name in passengers list itself, never thought we would be having the very claimer of time travel in person in our flight.” He was smirking directly at Carden. “So what brings you here? Any plans of merging an aircraft with a time travel machine?” Both ladies force in a laughter. “See I didn’t come here to be mocked or to mock anyone, I just need to tell one thing and even if you believe or not you have to take some action accordingly”. “Sure” said the captain. “I am a person with sixth sense if you believe or not, and what I saw is that something dreadful is waiting for the aircraft before landing, so I personally suggest to divert the flight or do an emergency landing.” He saw the captain listening with ultimate attention even the co-pilot seemed to turnaround for a while and after a moment of silence he told, “Linda, please take Mr.Kimmel to his seat and keep an eye on him.” He thought how he could wave off something like that. He is being seated and watched by the airhostess.

As their destination seems nearer the lines in his forehead are increasing. He concentrates if he could bring out an explanation from what he saw. He suddenly walks up right into the washroom, locks himself in and folds his shirt cuffs only to bring out his digital watch. He presses to find the time in it and it shows half past nine. He thinks for a minute or two and finally double presses it, after which the device expands almost covering half of his arm. He quickly wipes off his sweat and transfers some equations between screens and presses the digital key once more and a hologram appears with a buffering screen. Suddenly the jets ignition goes down and the flight hits some heavy turbulence and the lights starts blinking due to a voltage fluctuation. The grey screen of the hologram appears clearly. It is showing the flight which he boarded crashing with a fighter jet. He sees it entering airspace just before a land but fails to understand the place. The flight is still wavering off its path. There’s a sudden knock at the door. Sir you have to come out, we are losing altitude. Please open or else--- but before she could finish he opens the door and catches her by surprise and on a snap she faints and he locks her up in the washroom. For his luck the curtains were closed. The other stewardess seems to be at the rear end of the aircraft handling some passengers. He presses at the corner of the device and it folds back into a regular watch. At that moment the flight levels up.

He focuses hard, he need to know where the aircraft is going to crash mid-air. He remembers the images, he sees it one by one, slowly, then he see it, what he saw was skyscrapers in new York, streets of Washington, Alabama, Nevada, north Carolina, Mississippi etc and now he gets it what he saw was the 50 states of America and that’s what the number depicted. He understands that the flight is crashing while entering America. Upon his last visit to the cockpit he has read the cockpit password from the airhostess mind and uses it to open the door and once again he catch both pilot in surprise and hypnotise them and orders them to divert the flight by claiming an emergency which they do very obediently and lands in an island before USA. After landing, with another snap they are back to normal and started loving Carden for efficiently saving all their lives. Later after 2 years he says in a speech “nobel prize wasn’t my aim but how will you say no when it all comes and knocks at your doorstep and my life taught me anyone in the world could receive that knock if they believe in themselves.”