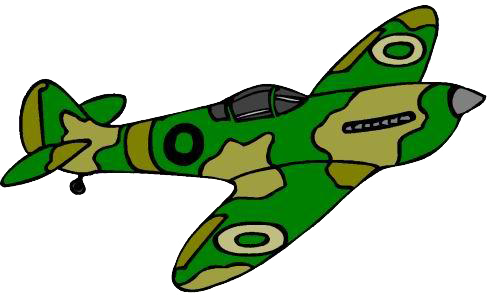 “Peace at Last” is one of the outstanding stories of the second biannual International Short Story Contest 2017 written by Mustafa Ali, Pakistan.

“Boom!” Came the ear-splitting sound of the blast near my family hide-out; a ramshackle hut built in a valley next to a steep mountain. It was made for an occasion just like this, another world war, World War Three. We had covered it with mud and grass, with an attempt to camouflage it. So far it was working.

All around us we could see preparations for war; huge tanks moving up the green mountains of Vermont. Every day, people over the age of eighteen were being recruited for the army. My father had gone with my elder brother who was turning nineteen this September. I looked around at our village in the valley, wondering if it would ever be the same again. The green fields with fresh flowers and the trees that bore fruit were now slowly turning brown and the plants were wilting. Our wonderful houses were now nothing but debris from the air strikes from the enemy. I could hear the ping of the bullets on the target, indicating young men training for the war. I was depressed thinking what pleasant lives these people would have had if it wasn’t for this war.

My thoughts were interrupted by a huge boom that shook the valley. I looked through the window and saw that a bomber jet had just bombed yet another part of our village not far from our hide-out and very near the army camps where the troops were practicing. The shock was great and gave me a splitting headache. I went to lie down in my room thinking why war happens. Lost in my thoughts I finally slept dreaming about tanks and guns and our normal lives before war.

When I woke up I knew what to do. I walked out of my house with a piece of paper and pencil in my hand. I drew a picture of our small village ruined and broken and the image of war. Then with another piece of paper I drew a picture of life before the war. ‘Calm and peaceful without any destruction.’ On the piece of papers I wrote war only destroys beauty and life of many people and makes people enemies forever. We should have peace between all the countries not enmity. I made many other posters and soon I started sending them on the net through the computer. After a while I made more with some of my friends hoping it would be the cause of stopping this war and any other war that will ever happen. After making a hundred posters we joined them with tape and then we went on a mountain hike to place them on the mountains surrounding our valley.

We went with supplies of food and water. Making the difficult journey wasn’t easy but due to the fact that the young hikers were taking the bull by the horns we were going with a steady pace. Whenever any mountaineering accidents happened or we were hit by enemy bullets instead of getting discouraged the hikers were spurred on to work harder than ever. As the days went on we started making steadier progress and we were about to reach the top of the steep mountain. Our supplies were nearing an end so we started moving faster and talking shorter breaks in between. We slept for only about six hours every night but due to our determination we reached the summit in only two days. It took about a day for us to place the huge posters on the mountain but it was worth it. After we reached our valley much less bombs or air strikes were heard and very less soldiers were being trained. Our houses were being built again and I heard on the television that the war was nearing its end.

After hearing this news we were over the moon with joy as we could start our old calm, peaceful life again. After a week or so, the war had ended in peace and my dream had come true; the world would be united for the first time in a long long time. Making the village again after so much destruction was difficult but not impossible. After a year or two it was finally made and the world was at peace at last!