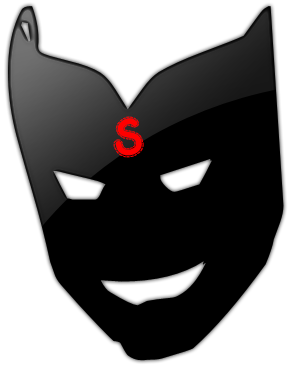 “My Buddy” is one of the outstanding stories of the second biannual International Short Story Contest 2017 written by P. Ethan Srujan, India.

Once there was an ordinary boy with extraordinary skills. He was Josh Walters. Sherlock Holmes was his inspiration and he wanted to be like him. He also solved many cases in his school and he was called as ‘Eagle Eye’ due to his presence of mind and intelligence in solving problems. It was December month and he was on vacation to his uncle’s place at England. But he didn’t like it and was planning to go to a water park. He requested his mother to take him to the water park. But his mother insisted that he had to go to the village and stay with Uncle Rogers. His friend, Mike also wanted to go with him. They reached uncle’s house. Josh entered the house with reluctance. All his relatives in his village gave him a warm welcome but he ignored it as he wanted to go to the water park. He and his best buddy chatted for hours together.

Few days passed by, Josh’s mother left him near uncle Rogers and went to her workplace. He neither liked the village nor the people in the village. Uncle had two children who were very enthusiastic and energetic. They were Tony and Sophia. All the children viz.; Josh, Josh’s friend Mike, Tony and Sophia became good friends and every day their friendship grew stronger and stronger.

One day while they were playing they heard a sound from their neighboring house which was owned by Mr. Robert. Mr. Robert was a retired, renowned policeman, who went on a Holiday to Hawaii. Josh peeped into the house through a small hole in the fence. Shockingly he saw a fleeting glimpse of a person getting away from the house. He later came to know that the robber took important things from the house. Josh was able to see the watch on the robber’s hand but unfortunately he was not able to see the robber’s face. Three days passed by and while he was walking in the street, a man bumped into him and both fell to the ground. Josh saw the exact same watch in the robber’s wallet. The thief started running and Josh secretly followed him to a lonely place. After reaching there, he heard a conversation between the robber and four masked villains hiding their faces with S-mark on their masks. They were planning to rob the bank two days later. Josh informed the cops about their secret plan. The cops didn’t believe him. Josh was disappointed but he tried to search for clues and went to Robert’s house and was successful. He returned to the cops and showed the proofs he gathered. They believed him and went with Josh to the bank. They red handedly caught the thieves and made them tell the truth. Due to his bravery a renowned detective team the ‘Blue Flare’ appointed Josh as a detective in their team.

On contemplation, Josh realized that it was just a ruse. In a jiffy, the Alpha team reached the place where PM and the Beta team were. But alas, it was too late!!The PM was kidnapped, the beta team lay unconscious on the floor, and……the chip was stolen!!

On looking around, he saw a glimpse of a member of the Syndicate and followed him. Just when Josh thought he had him cornered, there was a flash of lightening. Josh caught a glimpse of the fugitive….the bullet he shot ripping his mask. He was aghast! The face behind the mask was that of his…. school buddy, Mike! In a split second, the fugitive escaped!

Disappointed with his team’s failure and on seeing his buddy as the ‘bad guy’, Josh quit his job. On seeing his dejected appearance, his aunt Emily enquired, “What’s the matter, my boy?”He narrated all the incidents. His aunt encouraged and boosted his morale by telling him the story of a spider and its perseverance in building its web.

He ruminated on his aunt’s words and was back to his old self! His thoughts were cut short by the ringing of the door bell!”Who could it be at this odd hour?” thought Josh as he went to open the door. He was surprised because the one standing at the door was none other than Adam, his Blue Flare colleague! He was wounded and bleeding. He took Adam inside and helped his aunt in tending to his wounds.

Adam informed Josh that the Syndicate is planning to drop a missile near Thames River where the Queen was supposed to attend the gala function commemorating her Golden Jubilee celebrations! I could glean the information before they saw me and did this to me. “Please Josh, you’ve got to help us!”

On hearing this, Tony and Sophia insisted on helping him and could convince Josh! All four could rescue the Blue Flare team and the PM from the place where they were held hostage. Josh’s buddy, Mike, who was brain-washed by the Syndicate, responded to the reminisces of the good old happy times he shared with Josh since childhood! He was his unexpected helper! But by this time, the Leader of the Syndicate had the PM arm the missile by force and pressed the trigger! With lightening speed, Josh grabbed the remote and dismantled it at the nick of time….only 10 seconds were left for the missile to be activated.

Once the commotion that ensued settled down, all could realize that it was Josh who saved the day! The queen expressed her gratitude by honouring Josh with knighthood. Our hero Josh became--Sir Josh! All were very happy!!