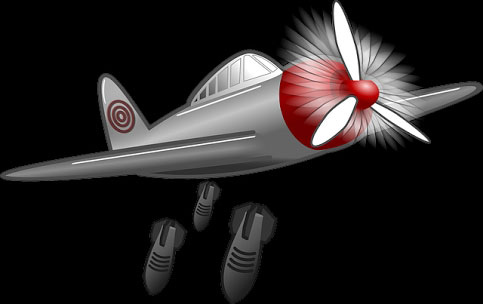 “Love and War” is one of the outstanding stories of the second biannual International Short Story Contest 2017 written by Zack White, Canada.

I lie on a bed in a small dark room. The end of my life is close. I’ve tried to prevent it with jokes and medication, but there’s no stopping old age. I’m scared. Afraid of what awaits me in the after life. Ninety-three is a good amount of years. The years were long and healthy, but not happy ones.No one sits at my deathbed. Nobody mourns for my life. Parents, siblings, all gone. Because of war. War stole everything from me. It snuck into my life as a burglar sneaks into a bank, and it cleaned me out. Robbed me of my most precious possessions. My family. War seemed to do it all at once, just in spite of me. The only reason I didn’t die with them is pure chance. My family died together, except for my father, he died alone.

It was a terrible day. The weather was gray and dreary. Inside and out. Shutters were closed and doors were locked. Families spent their last moments together. Germany had announced war on Britain the day before, and all able-bodied men were called to fight for our country. My father among them. The men were to walk through the streets in a perfectly synchronised march, while the few families that could bear to watch stood to the side, tearfully bidding farewell to the doomed men. Me, my Mother, and my two older brothers were among the small crowd.

I was four at the time, and although my young age, I understood completely what was going on. I stood there, holding my Mother’s hand with tears streaming down my cheeks. My face was emotionless, as if my mind was trying to block out the reality of it all. Mother wasn’t crying, but on her face she wore an expression of pure sadness. Frank and David, my brothers, they didn’t cry either. But if you looked in their eyes, deep down they were sobbing.

I remember that I never glanced away from father’s face. Didn’t even blink. Afraid that if I ever lost sight of him, he would be gone forever. His eyes never left my face either. A brave and loving smile was painted on his head. The kind of smile that said ‘I love you’ and ‘don’t worry, I’ll be back soon’. We both knew that smile lied. I hated that smile. That filthy, slimy, lying smile. Then he turned a corner and was gone. And that was the last time I ever saw my father. I buried myself in my Mother’s embrace, crying my eyes out.

Way up in the sky, clouds rumbled with thunder, and big, heavy raindrops began to fall, splattering against the pavement, as if the cosmos were crying along with me.

We didn’t hear of Father for two months. Mother said that it meant that Father was still alive and fighting, and will come home soon. I lived up to that, and at every spare moment of my time, I sat on a stool, staring at the front door waiting for Father to come home. Willing him with all my heart, to come bursting through the door, with a huge grin across his face. I fantasised me jumping into his arms and him spinning me around.

And someone did come to our house, but it wasn’t Father. They didn’t arrive looking joyful. They actually arrived looking quite glum. It was a big, black man with a shaved head in a nice suit. Mother quickly came to the door and shooed me away. She looked very worried and I stood to the back, watching her expression. They started a conversation. The man spoke slowly and soothingly. I tried to listen as much as possible, but I could only make out the words ‘dead’ and ‘couldn’t save him’. Mother’s face went very pale as she heard this, and she was sobbing into her hand. Any restraint she had shown when Father went away was gone. The man stopped talking and Mother came straight towards me. She explained with tears running down her face that Father had died stepping on a landmine and his legs had been blown off. I stopped listening at the word died. He couldn’t have died! He just couldn’t have! He would never do that to me! Never! My mind was jumbled, but one thing clicked. I knew my life would never be the same again. Father would never tell me another story before bedtime, he will never push me on the swings again. My father had just left me alone in a big world. And I didn’t know what to think. Mother was still crying as she pulled me into a hug.

I spent the next couple of days in torture. I tried so hard to be strong like Frank and David. I really did! But it was just so hard! I would sit on a swing and expect Father to give me a great push and have the feeling as if I were flying. Then Father wouldn’t come, and I’d remember he was never going to come.

One night I sat on my bed waiting for Father to come and read me a story. But once again he didn’t come. Life had become so painful since Father died and deep inside my head, something just snapped. I started talking to myself. “Father, where are you? It’s time for a story! Father, come out! Where have you gone? Come back! Why have you left me? You shouldn’t have left me! I’m your son! Where are you? Stop hiding! Come out Father! Come out! Why won’t you come out! Where have you gone? Come back Father, come back. Father! FATHERRRR!!” I was a small boy then, and I couldn’t take the grief. I started sobbing in between my cries. Great big heaves of pure misery. My tears splattered against my pillow. And right there in my room I went into hysterics. Spitting out all my problems, all my fears. I punched and pummelled my pillow, my sadness turning into anger. Red coated my vision and I screamed in fury. Furious at Father for leaving me. Furious at myself for letting Father go. Furious at God for letting this happen “How could you leave me? How? I thought you loved me! I thought you loved me …?”

I had never felt such a great mix of emotion before, and it overwhelmed me. I leaped out of bed and darted down the stairs. A huge burst of adrenaline sent me racing out of the back door and into my family’s garden. I collapsed among the daffodils, my energy and anger spent. Then the tears changed. They were no longer big powerful sobs, but meaningful tears that flowed down my cheeks like tiny rapids, gathering in pools on the dirty ground.

In my tantrum, I had released all my feelings and turned all the grief I had into anger. Now, the misery came back and I let it course through my body.

I wept and cried, cried and wept, until I had no more tears to spare.

When the tears were gone, I just laid there, staring at the stars. It was the most peaceful situation I had been in for a long time.

Suddenly, a great big plane flew over my head, bursting through the clouds. The rush of air bends the flowers and makes them sway with the wind. I don’t react in any way. It has nothing to do with me. So I just lie in the garden, the plants protecting me from harm. I don’t think. I don’t feel. I just rest my head in the dirt.

An explosion rocks the ground. I’m thrown backwards from the force. Our rusty old house shakes and threatens to collapse. I can hear Mother screeching from inside.

I turn my head and see the source of the explosion. The plane hovers over the middle of the city and something large falls from the belly of the airship. A bomb. Something I had only ever heard of at school. I brace myself as it falls toward the ground. Another huge explosion rips through the town.

I see Mother and my brothers standing in the back doorway, searching for me among the plants. I wanted so badly to cry out. To let them know I’m here. But the vines entangle me. Then the explosion hits our house. Rattling it. I yell out a warning and make a move, only to see my house collapse on top of the only family I have left. My mother catches one last glimpse of me and I see the same filthy smile on her face that Father had when he left and never came back. Then I lose sight of my family. I just lie there in shock. Not seeing, not feeling. My heart almost stops. Then another explosion sounds. The force races over me and tears up a clump of weeds. Other plants curl around me as bomb after bomb rolls over me and plants fuelled by my tears, protect me. I slip into a deep sleep and dream of times before Father went away, before our town was bombed and a small smile spreads across my mouth.

The rest is irrelevant. I was taken to an orphanage and given a proper education. Went to college, got a job. But I never met a girl. Never took any interest in women. Never got married. I have no one. But that doesn’t matter. Deaths of my childhood are in the past and my death lies in the near future. But I’m no longer afraid of my life ending and I look forward to seeing my family in the sky. I’m excited for being reunited with my Mother and Father. And my brothers.

I accept my death and breathe my last breath. As I close my eyes to an endless slumber, my soul wakes up and joins my family in the clouds.