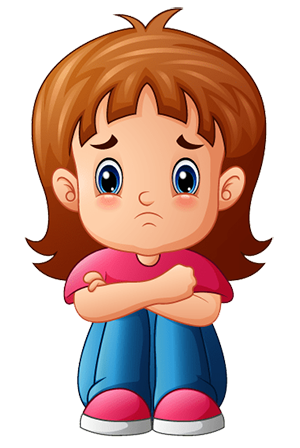 “Jo’s Desire” is one of the outstanding stories of the second biannual International Short Story Contest 2017 written by Ahana Chattopahyay, India.

‘Is it wrong to have a desire to lead a rich childhood? Can’t I wear expensive dresses? Can’t I eat rich food?’ cried angry Jo. Her eyes flashed with anger. She was angry at being ticked off. ‘Yes it is. How did you become so spoilt, don’t act high and mighty. Go away,’ said her mother, Mrs. Bells coldly. Jo blushed. She turned round and went out of the house and into the hills.

Jo flung herself on a tuft of heather. Jo Bells was a fair and pretty looking young girl with her hair tied into a ponytail. She looked towards the sun setting behind the mountains. The sky was a shade of yellow and orange. The sun glowed red behind the peaks. For once Jo forgot all about her frustration and looked at the mesmerizing beauty.

‘What are you doing here?’ called a stern voice. Jo looked round to see who it was. It was her father, Mr. Bells. ‘Watching the beauty,’ replied Jo casually. ‘Come back now,’ ordered Mr. Bells. Jo set off towards their half broken cottage with her father.

Mrs. Bells was waiting for them at the door. Jo washed herself and then sat to have her supper. She gave a sigh as she finished it. ‘When will I have jam sponge, chocolate buns Mom?’ ‘Never, go to bed’ Mr. Bells said coldly. Jo got up and went to her hay bed. She lay there thinking. Suddenly an idea struck her. ‘I’ll do it,’ she whispered to herself and went to deep slumber.

The first rays of the sun fell on Jo’s pretty face. She woke up and peered at the kitchen. No one was there. Jo guessed that her father must have gone with the goats and her mother was off to sell the milk to the farmhouses. She made some sandwiches hurriedly and ran off towards the city.

As Jo went through the city gate the air didn’t suit her and she began to cough. ‘Bad air,’ coughed Jo. She went down the street. There were many sellers sitting. Jo saw a buyer take out a note and instantly a coin fell on the ground. A plump man picked it up, pocketed it and went away. Jo watched everything with horror. She swallowed it and went on.

Jo noticed many poor people begging for money. The passer-by shouted at them telling them to ‘go away’ or ‘stop shouting’. She had thought herself to be the poorest but there are poorer people than her. She saw them sharing street dogs’ food. She ran to the main street. No police were there. Car drivers shouted at each other telling them to move out of their way. Bus and truck drivers drove their vehicles at full speed. ‘What a bad maintenance of traffic,’ thought Jo.

As Jo stood in front of a towering building something fell on her head, then to the ground. She looked down and saw a packet full of garbage. ‘They throw garbage out of windows!’ exclaimed Jo. ‘It will be safer to go to a park,’ she thought.

Jo sat on a bench and munched her sandwiches. A tired hawker was sleeping in the shade of a tree. A group of big boys came and took away the mangoes and left the poor hawker no money. Jo was horrified, ‘those beastly kids’ thought angry Jo. She looked at some children who were playing catch with a ball. A girl missed the catch and it hit an old man on the arm. The girl picked up the ball and went away. ‘They are conceited,’ Jo said softly. Nobody cares for others. They only think about themselves. I want to go away thought Jo and got up, went out through the city gate and back towards her home.

She reached there just as the sun disappeared behind the mountains. ‘Welcome home, did you enjoy the city?’ asked Mrs. Bells. ‘How did you know about that?’ asked Jo astonished. ‘She saw you going there from the farm,’ said Mr. Bells. ‘I have changed my desire’ said Jo with guilt. ‘It is bad. Sorry Mom, Dad’ said Jo. ‘We are happy you understood us’ said Mrs. Bells warmly. ‘I love you both very much’ and the three hugged each other showing pure love and happiness.