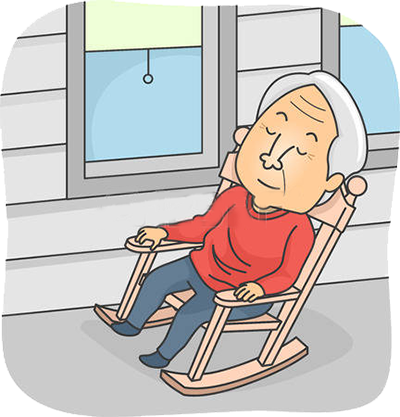 “Into The Horizon” is one of the outstanding stories of the second biannual International Short Story Contest 2017 written by Adeeba Saher, India.

“Jacob, come back inside. Time for lunch” shouted my Aunt Sarah, standing in the doorway.

My attention was captured by an old man wearing a white t-shirt and red knee-length shorts.

His forehead was covered with lopsided wrinkles. The folds around his eyes said that he smiled a lot. But since I arrived at Florida I’ve never seen him smile. His eyes always have a dreamy look in them. Like, he was recalling a memory.

“Jake, are you listening?”

He always sat there, on his green folding chair, under his blue faded umbrella pinned tightly into the sand, staring at the blue ocean as the waves lapped at his feet. His white shaggy hair, swaying in the sea breeze and his eyes never leaving the horizon. I always wondered why my grandpa, Fredrik, sat on the beach.

“Jake!” I turned my head to see that my aunt was jogging towards me. “I called you 3 times. What’s on your mind?”

“Sorry, Aunt Sarah” I said walking towards the house.

When I entered the kitchen, everyone was seated around the table. My mind was still preoccupied by grandpa’s surreal behavior. I looked out of the window. I could still see him. He has not moved an inch. I decided to ask mom about it.

“Why does grandpa sit there?”

“I do not know, honey. He is acting eccentric since the past couple of weeks, so Aunt Sarah and I are visiting”

I looked out of the window.

“You’re so precocious for a ten-year-old, Jake.” She continued, “So let me tell you, he turned eighty-six last month. And the brains of senior citizens work in a different manner.” I wanted to ask her what a senior citizen meant but I didn’t want to stop her. “They daydream quite often. So, whatever he is doing, it’s normal. And grandpa has been doing that a lot since grandma died”

I nodded and then she left the room

I do not know what she meant by ‘precocious’. Maybe she meant curious.

There is a reason behind grandpa’s silence and I knew only one person who could tell me about it.

“Hey! Grandpa”, I said a little breathlessly because of the running.

“Indeed it is”, he said, still smiling.

Deciding to be blunt, I asked “Why do you always sit here looking at the ocean?”

He smiled said “The Ocean teaches you a lot of things about life, Jake. All you need to do is understand them.”

“What does the ocean teaches us, grandpa?” I frowned.

“When you build a sand castle on the shore, some waves destroy the castle. But, there are some waves which give you more sand to build them. You aren’t the one to decide which comes first and you cannot catch them even if you want to. You just have to allow them and then let them go. These waves represent the people. Just like these waves make the beach beautiful, those people are also part of your life. And the wind-”

He noticed the look on my face and stopped. Maybe he could see that I had no idea what he’s talking about. He laughed.

“I don’t expect you to understand what I said.”

“But, grandpa, you didn’t answer my question.”

“Okay. You may not understand me but I think my secret is safe with you”

He continued as I looked expectantly.

“So tell me, Jake, have you ever regretted your choices?”

He sighed and gazed at the ocean. “I was a star basketball player of my time. A player and a womanizer. I knew I’d get any girl I want.”

He grinned. “I can’t believe I was so stupid back then.”

“When I was in my final year, there came two new girls. Rebekah and Emma. Rebekah was beautiful with her green eyes and blonde hair. When I first saw her, standing near the locker with Emma, my heart whispered ‘She’s the one’. Little did I know that my heart meant the naïve girl with brown eyes and chocolate brown hair. It wasn’t long before I started dating Rebekah.”

“We dated six months, before I came to know that she had been cheating on me this whole time. I was devastated. She was my first love and I was hoping that she’d be my last. I never spoke to her after that. But I don’t think it bothered her in any way. It stung me even more. If she asked forgiveness I’d have forgiven her. That was how much I loved her.”

He closed his eyes.

“But she didn’t. But someone came, not Rebekah. It was someone I was least expecting. Emma. She stayed by my side when I needed. She never left, no matter how mean I was. I was falling for her and it shocked the hell out of me. But I wasn’t over Rebekah”

He opened his eyes and gave a weak smile.

“I couldn’t have been happier on the day Emma confessed her feelings. But a part of my heart wanted Rebekah to say those words.”

“That was exactly what happened. It wasn’t even a month since I and Emma were dating. I was in love with Emma. But first love was in love with me and couldn’t live without me. She was the first girl I loved. And I still had feelings for her. So I forgave her.”

Tears rolled on his cheeks.

“Biggest mistake, and my only regret. Leaving Emma for Rebekah. I tried to explain to Emma. But she didn’t need an explanation. She smiled and said, “I understand” and walked away never looking back once. Your grandma and I were happy for many years. She wasn’t the type of girl whom you would ask loyalty from. Turns out my suspicions were true. I was betrayed again.”

“I went looking for Emma. But she had left without a forwarding address. I looked everywhere for her. I tried contacting all her friends. I looked her up in the internet. But she was nowhere to be found.”

“I returned to Rebekah. My heart was aching for one girl. But I thought maybe if Rebekah and I were married, I’d love her like I did Emma. But I was wrong. But I did what a normal husband would do. Protected her. Cherished her. Stood up for her. But I couldn’t give her the love which she deserved as my wife. Your grandma understood that over time.”

He looked at me with his eyes full of tears.

“Your grandma might have been my destiny, Jacob. But Emma was my soulmate.”

I understood his silence. But asked one question that still bothered me.

“But grandpa, why stare at an ocean? Why not a lake? Or a waterfall?”

“Emma once said that, she would like to die hearing to lapping of the waves against the rocks. Hearing the sounds of the sea gulls. Having her skin sticky due to the salty wind.”

“I’d like to die the same way she does”

He looked at the sky.

“The sky seems endless. But it ends at the horizon. That’s life. You think it’s endless but it ends at, where the sun rises. Lightening up your life. Emma…. was my HORIZON.

By the time I reached home, it was evening. I stood in the pantry and looked at the beach. He was staring with the same dreamy look. I smiled, I no longer thought this was a surreal behavior, I thought it as a way of finding peace.

Grandpa gave me my first lesson about life. ‘Always make the right choices’. I loved the way his face held a happy and charming expression when he spoke about Emma. And I also noticed the pain he felt.

I fell asleep thinking how it would have been if Emma was my grandma.

I woke up due to the sobbing. I realized it was my aunt and rushed downstairs. On seeing me, my mom walked towards me, and said “Your grandfather passed away yesterday” and she started crying.

Tears filled my eyes “But how could this happen?! I spoke to him yesterday”

“I know, Jake. After you spoke to him, he fell asleep on his chair. We didn’t want to wake him up. But he didn’t return at the morning. When Aunt Sarah went to check on him…” she started crying again.

After a few a days, we attended his funeral. Though most of it is a blur, I remember that a lot of people came and everyone was crying.

We were leaving Florida. Everything was packed. I stood at the beach. At the same spot grandpa Fredrik always sat, the sun was setting. The waves were weaker and the wind was gentler. The sky was fury red with steaks of purple, orange and yellow. I was just hoping they’d find each other if not on the earth maybe in the heaven. Then…..I saw them. They were standing hand-in hand. I was so shocked. I was crying. I shouted “Grandpa! Grandpa!” But they were oblivious to my words. I slowly smiled, because they were slowly drifting away….into the HORIZON.