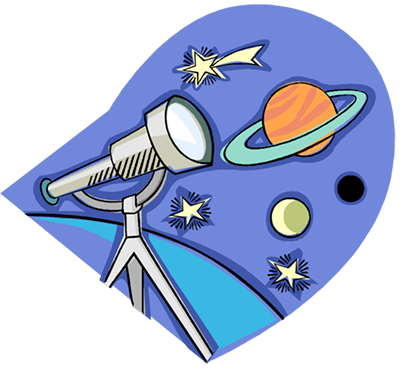 “Araagh! So Snarly-Yarly!” I yawned and walked through the cave to the cave entrance. It has been a long time since I came here. “It’s almost like a year, isn’t it Alex?” My cave mate Kimmer came and stood beside me.

My mind flew into the past in a second “One Sunday in 2017 my father showed me an article about an experiment done by Chinese Scientist regarding “Physicists transmit data via Earth-to-space quantum entanglement”. Now just ten years later, I’m far away from the earth. Using the same technology, they have transferred me and our team to this Earth 2 planet. In 2017 it was just a tiny concept which suddenly popped up, but humans, who are naturally born with unlimited brain powers, developed that concept up to transfer anything to anywhere in the universe by the year 2027.

I’m proud to say, due to my super mathematical skill, I got this amazing offer to train in a Quantum entanglement research and development project just when I passed out from the university.

And they have transferred me and my co scientists to this earth planet 2, to start an experiment regarding store Soul of lives in capsules who are going to die naturally. In our mother earth these experiments can’t be done due to lots of religious barriers. Here Earth 2 is just a liveable planet with basic type of animals. No harm. This Earth 2 is the ideal place for such experiments, because there aren’t any media paparazzi to make up these experiments in different dress codes.

Even though we found Human hibernate system to travel long distances in the universe, it has ended after this quantum entanglement got successful. Especially because hibernating on long travel makes huge knowledge gap between the present and the future. It also makes people out dated as the technology is growing in super-fast speed. When waking up he is an out dated person, so as scientists it’s very harmful. But this human transfer protocol is speedier, secure and no there occurs no knowledge gap in between. It transfers the spirit 1st and then transfers physical body converting to an infinity spray. After the transfer is complete, the spirit attaches to the same body because both have the same DNA primary key combination. It’s a highly encrypted primary key.

As per my belief, after humans found “Fire” it changed the world. Then million years later the “Microchip” was innovated. It was the next world changing innovation. Now this Human Transfer protocol. It’s a quantum leap of mankind ever. This is not an alias, it completely transfers the same object.

While I was walking around on earth 2 with my team just talking about differences of our two planets, I got a short text massage from the earth. It was marked as “Highly Important” and said “Aliens in Blue planet are spying on us, our activities in Earth 1 and Earth 2 and trying to hack our DNA primary key encryption security system”

Main creatures in blue planet looks like a big gel ball, due to the heavy heat there. Their figures were developed to absorb the heat in big amounts and during the night time it releases the absorbed heat. Though they are intelligent, they can’t do anything to mother earth due to two reasons. First it is due to the low heat. They turn into rocks and cracks into pieces.

Second is that they can’t survey in oxygen and carbon dioxide both.

So neither I nor my team had much interest on that text message.

Time fled and our head office at planet earth ordered us to come there for our annual get together and demonstrate them our findings.

According to the quantum transfer system, it transfers my soul at 1st and the physical body next; it’s just a half second gap. Conversion process is less than half a second. And just after that it blow infinity dots of my body to the earth lab called quantum entanglement incubator.

Everything perfectly done, now I can see that I’m walking out, by thanking to the scientists in the receiving section. I walked out from the incubator.

Blue planet aliens had hacked my transfer protocol and hijacked my body and added one of their souls. My spirit is now shouting, by pointing at my physical body. But no one hears me or feels me.

My body started to walk towards our high security level 1 computer lab. As it is my body, it can go through any security checks. So it can reach any computer network inside there easily. It can shut down the safety net which covered the mother earth; also it can shut down DNA primary key encryption algorithm too.

Now it’s clear what he is going to do. Probably it’s going to open the path for the creatures in Blue planet to reach here.

Our mother earth is close to the most dangerous situation ever in the history. All our hard works will end due to one small mistake. Oh my god! Please don’t let this happen.

I quickly realized in another few seconds my soul friend, Kimmer will reach here same as me. As it almost violated the DNA primary key encryption security recognition method, once Kimmer’s soul reaches here, there is nothing to decrypt and it is possible to convey massages via soul to soul telepathy method. So I can educate him regarding this disastrous situation and then he can tell all the others.

Luckily his body quantum arrives without any alien spirits attached. I conveyed the situation to him in a second. He shouted to everyone around the arrival point, and everyone reacts quickly.

They have shutdown arrival point. Now no one can reach via quantum transfer protocol

For the movement, everything is safe in Mother Earth.