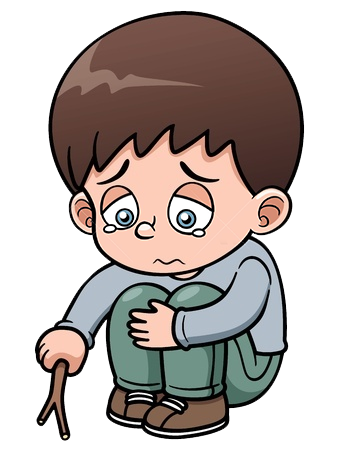 “Good Luck” is one of the outstanding stories of the second biannual International Short Story Contest 2017 written by Nuthara Dulandee Karunarathna, Sri Lanka.

The little boy, lost and hungry, sat on the pavement crying. He hadn’t found anything to keep his family going for a few days, and he was almost glad he was lost, so that he wouldn’t find his way home.

Home, where his six siblings were waiting with hungry eyes. Home which stank worse than the city dump.

He sat on the edge of the gutter, trying to make himself as small as possible so the local gangsters wouldn’t make him a target. He would just sit here until night came. Maybe the darkness would give him some solace. Until then…. His tears dripped into the gutter.

He studied the main street. People were walking by, rich and poor, big and small. He didn’t stretch out his hand; he already knew they would pretend that they hadn’t seen him, hadn’t seen the starving little boy sobbing near the gutter. Everybody did that.

A dollar note fell on the ground near him. He looked up in surprise. A couple of tourists were walking past. They were dressed flamboyantly. American, he thought. He was surprised. “Thank you,” he shouted. That would buy tonight’s dinner. Maybe he should start making his way home- if he remembered how.

He decided to wait a few minutes. He studied the American’s’ retreating backs as they walked down the street, peering into shop windows.

Then from one of the upper apartments in the street, there was a commotion. Glass splintered and smashed.

A pale green velvet sofa flew straight out of the window and crashed down to the street.

A split second before it hit, he saw that it was going to squash the people who were obliviously walking underneath it. The American tourist couple.

If it had been someone else, he wouldn’t have cared. He would have turned away and ignored the accident, the way most people ignored him.

But these people hadn’t ignored him. They’d given him money. He owed them something.

They say that in life and death situations, everything is blurry.

He had never seen so clearly. He saw the tourists glance up- a man in flowery shorts and a t-shirt and a woman wearing outrageously little. He saw them staring at their death.

He stood and leaped. He shouldn’t have been able to make it. But in his limbs he felt a burst of strength. He hit the American couple as the sofa got nearer and nearer.

He knocked them out of the way as the sofa hit the ground.

He snorted. What would these people want with his family? They looked very rich, and would probably faint at the stench.

He shook his head.

They got together and had a short conversation in whispers. He just stood there, feeling out of place. Eventually he decided to start making his way home. But the woman called him back.

His world turned upside down. Adopt? These people wanted him? As a son? Did they really mean it?

He smiled. They smiled.