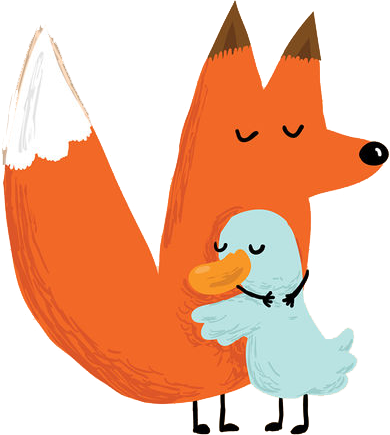 “Giving A Hand” is one of the outstanding stories of the second biannual International Short Story Contest 2017 written by Deepthi Sharanya Y, India.

When Ducky, the duck was walking to school, Foxy, the fox started following him. Foxy had been trying to catch Ducky for a long time. The last time Foxy had made an attempt, ducky stayed indoors for almost two weeks. Ducky ran as fast as he could and dove straight to Jim, the rabbit’s burrow.

Seeing Ducky in his home, Jim said, “Ducky one of these days you’re going to get me in trouble too”.

Ducky stayed inside until foxy left and then ran to school and didn’t stop until he got there.

The same thing happened the next morning. This time ducky ran to the river and hid himself among the rocks. Foxy waited for a long time.

Finally, she lost patience and went back home.

“What is wrong with you Ducky? Why do you lead Foxy up here?” asked Kanchu the tortoise angrily.

“Can you help me stop Foxy?” Ducky asked as he saw the shrew one day.

Ducky approached Dummy, the rabbit and asked him if he could help.

“I’m running for my life every day. How can I be of any help?” asked Dummy.

Ducky finally approached Bucky the goat. “Bucky, you have huge horns. Can you please stop Foxy from trying to catch me?” he asked.

“I might seem big and strong on the outside, but nothing scares me more than Foxy. When I see her my legs start shaking uncontrollably. I’m not going to take on Foxy” said Bucky.

Ducky realized that none of his friends were going to help him with his problem. If he wanted to solve this problem, he was going to have to do it on his own. Just then he got an idea.

I can swim. If I place a net nearby the river and trap Foxy in it, she won’t bother me again thought Ducky.

He gathered all the rope he could find and fashioned a net out of it. He set the trap up by the bank and went off in search of Foxy.

When Foxy ran in pursuit, Ducky made a bee-line for the river and jumped over the net and in to the water. Foxy on the other hand not only got trapped in the net, but also the soft earth under it didn’t let her move. While Foxy struggled to free herself from the net and the mud, Ducky celebrated his victory. Just then his eyes fell on Magru, the crocodile Magru had noticed that Foxy wouldn’t be able to get away so easily and decided to take advantage of the fact. He approached her very slowly.

Ducky noticed that Magru was heading toward Foxy. He was in a dilemma. If he let Magru catch Foxy then all his problems would be solved forever. But on the other hand, Foxy was trapped because of him and he felt responsible for Foxy’s life.

Ducky decided that no matter what the situation was it was his duty to help any animal in need. Ducky swam up to Foxy and helped her from the net. Ducky and Foxy escaped from there.

Foxy said, “You’re such a nice duck, Ducky”. You saved my life even though I troubled you every day. I promise never to trouble you again she added.

Ducky was happy. Neither did Foxy trouble him or any other animal. He realized how powerful doing the right thing can be. Ducky understood that Foxy had not promised to stop troubling him because he trapped her in the net, but because he did the right thing and saved her life later.