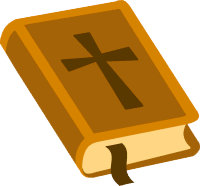 “Finding Faith” is one of the outstanding stories of the second biannual International Short Story Contest 2017 written by Tiana Franca, USA.

Elizabeth Grace grew up in a home that was strictly against Christians. No one in her family was to talk about God, Church, or Christianity. When Elizabeth was 14 years old, her friend Jonathan invited her to a Christian church. She declined immediately, unsure of what her consequences would be, and not wanting to find out. But Jonathan was persistent, every day at school for a month he asked her to come to church with him and his family. Elizabeth finally agreed to go on a Wednesday night, just to get him to stop bugging her. So the next Wednesday after school Elizabeth texted her mom and told her that she and Jonathan had to work on a science project together and asked if she could go home with him to work on it. Her mother agreed, as long as she was home by 9:00. Her parents were unaware that Jonathan was a Christian. Elizabeth and Jonathan walked to his house and a couple hours later hopped into his family’s car. “I’m so glad you could come,” his mom told her. When they got to the church, everyone welcomed her with open arms; this was a surprise to Elizabeth. The way her parents despised Christians, she assumed that they were terrible people, but they were quite the opposite. She saw the way these people worshiped the person whom they called “Jesus”. She was intrigued. She had never seen such passion or faith in something or someone. She wanted to know more.

When she got home, her parents didn't suspect a thing. At school the next day, Elizabeth found Jonathan at his locker. “I want to go to church with you again next Wednesday,” she told him. A smile formed across Jonathan’s lips. “I was praying you’d say that.” When Elizabeth got home from school that day, she told her mom, “I’m not getting very good grades in English. Jonathan gets straight A’s in English and offered to tutor me. We’ve decided that every Wednesday at 5:00, I’ll go to his house and we’ll work on it.” “That sounds like a good plan,” her mom told her. So every Wednesday Elizabeth went to church with Jonathan and his family while her parents thought she was at his house studying.

After several weeks went by, Elizabeth decided that she wanted to become a Christian. At the end of the service they had an altar call. Elizabeth went up to the front to talk to the youth pastor, “Ms. Scarlett, I want to become a Christian.” After Ms. Scarlett talked with Elizabeth about what it meant to be a Christian, she prayed with her. “Now Elizabeth,” Ms. Scarlett began, “Jonathan told me about your situation at home. I know that it’ll be very hard for you to tell them, but you have to be honest. You also have to confess to them about lying every week about where you were going.” “Oh,” Elizabeth said, her eyes to the ground. “He told you about that too, huh. I just really wanted to come, but I didn't know what they would do if I asked. Especially my dad, he has a really bad temper.” “I know your motives may have been good, but sin is sin. You need to confess, and I suggest you do it tonight when you get home.” “Okay,” Elizabeth replied, “I’ll tell them.” “Thank you.”

When Elizabeth got home that evening, she said to her parents “I need to talk to you guys. Can we all sit down somewhere?” Once they were all seated in the living room, her parents on the couch and Elizabeth on a chair facing them, she began. “I’m not quite sure where to begin. Maybe I should start with saying that every time I say that I’m going to Jonathan’s house to study, I only went to his house so I could go somewhere else with his family. We never actually studied.” “WHAT?!” her father explodes, “HOW COULD YOU? WE TRUSTED YOU! I CAN’T BELI-” “Stop,” Elizabeth said, cutting him off. “Just let me finish so you don’t have to yell twice.” “Where did you go with them?” her mother asked. Silence hung in the air. Then, “Church”. More silence. 5 seconds. 10 seconds. 30. “You went to church,” her father said in disbelief, more of a statement than a question. “Yes,” she replied. “But if you’d just let me explain.” “NO!” her father roared. “I don't care how much explaining you do, you still lied about where you were going, what you were doing, and to make matters worse, you went to church.” “That’s not all,” Elizabeth said in a small voice. “Oh Elizabeth,” her mother said, her voice showing her disappointment. “I became a Christian.” Her father said nothing for what felt like hours. “What do you mean?” he finally replied. “I’m a Christian. I believe in God and I believe that Jesus came down from Heaven as a baby and died on a cross even though He was perfect and never did anything wrong and then rose to life on the third day and returned to Heaven so I can be free from my sin and go to Heaven with Him one day for eternity.” Her father stared her dead in the eye. “Elizabeth,” he said, his hands and voice shaking in rage, “I’m going to give you one chance. Deny this ‘Jesus’ person and your Christianity, and you will suffer no consequences for lying, going to church, or anything.” “Never!” “Elizabeth Grace, get out of my house right now!” “But where do I go?” “Anywhere. Just get out. I don’t wanna see you for the rest of tonight or tomorrow, at the least.” So Elizabeth went to her room, packed a backpack with clothes and her school books, and walked to Jonathan’s house.

When Elizabeth got to Jonathan’s house and explained her situation, they welcomed her to stay with them until things cooled down. The next day after school, Jonathan’s mom went to Elizabeth’s house to ask her mother if it was safe for Elizabeth to come home. It wasn’t, her father was still furious. “We’ll let you know when she can return,” her mother said. So Elizabeth stayed with Jonathan for about two weeks until one day her parents showed up at Jonathan’s door step asking to speak to everyone. Elizabeth’s father began. “First off, Elizabeth, I just want to apologize for the way I treated you. I’m extremely sorry for kicking you out. I’m guessing you spoke to your youth pastor, because she showed up at our house the other day. When you explained to me what it meant to be a Christian, you planted a seed in my heart. When Ms. Scarlett come to our house, she also explained what a Christian was. I wanted to deny it, but I knew in my heart that it was true. So me and your mother received Christ, we’re both Christians now. Ms. Scarlett said that Jesus has forgiven me, and I’m really praying that you will too. I am very sorry, Elizabeth.” “Of course I forgive you,” Elizabeth said through tears. “I love you.” “I love you too, Dad.”