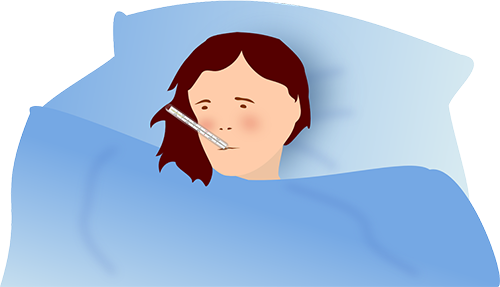 “Feeble Motherhood” is one of the outstanding stories of the second biannual International Short Story Contest 2017 written by Ishita Bhambri, India.

For Ahmed, his mother was his whole world. Little did he knew, that the world’s end is inevitable.

Lying in the verdant garden, he felt the freshly cut grass softly tickle his feet. The bright rays of the sun seemed to increase, both in size and in shine. Eight year old Ahmed had heard a lot about how nothing could be more pleasing for the senses than viewing the sunrise in the heavenly hour. His father, Abbas, lay right beside him, lightly stroking his hair, telling him about his favourite and currently, much needed topic, hope. He spoke diligently with a gentle smile on his face. “Sunshine casts away the cloak of the dark night which represents that we should always be hopeful because as soon as we overcome the obstacles, we are greeted by the sweet smell of success.” Ahmed listened intently, not quite getting what his father meant. After all, he was only in the third grade and there was no sign of such vocabulary in any of his course books. But the little that he understood was enough to convince him that his mother would be well again. “Let’s go dear. Your mother must be wondering where her little champ is.” Ahmed hated going to the hospital. It always made him upset to see people with their heads hanging low and their hands clapped together because of despair. But, he loved his mother, for many reasons, like how she not only cooked for him but fed him with her own pale hands. He vividly recalled how he ran around the house teasing her and how she desperately tried to catch him for she could not bear the thought of her son playing on an empty stomach. It had been months since he ran around the house. Without the loving woman trying to catch him, it didn’t seem the same. He was born on the twentieth of February, which made twenty his preferential number for everything. However, he changed his mind the day his mother was admitted to a room of the same number. A teary-eyed Ahmed saw his father leaning on the door, biting his nails. Even he knew that this was the universal sign for nervousness. CLUCK. The door opened and Dr Bose came out with an inscrutable expression on his face. He adjusted his spectacles and spoke calmly. “Apparently, the drugs are working effectively but we cannot be sure until the tumor starts shrinking considerably.” A look of relief flashed on Abbas’s face and a gaze of confusion spread on Ahmed’s. Abbas picked Ahmed up and kissed him on the forehead. “Want to see how your mother’s doing?” The dim light of the room could not conceal Zeenat’s happiness when the love of her life and her son entered the room. Her motherly instincts kicked in and she embraced Ahmed. That innocent face of his, oh, how much she missed seeing a smile on that beautiful face! She wanted to run after him, wanted to feed him, wanted to caress him, wanted to dress him up but all she could do was embrace him, embrace him with her weak yet loving arms. “Did you eat something?” “Yes. Abba and I went to a very good restaurant.” She felt as if a massive truck had been lift off her shoulders but couldn’t resist asking, “Do you want something, Ahmed? The canteen has sandwiches and chocolate brownies. I know you like those. “No thanks. I am full.” With a sense of satisfaction, Zeenat went on to converse with Abbas, who was holding her hand and kissing it frequently. Ahmed was young, very young. He understood neither the complexity nor the intensity of the situation. All he wanted was for his mother to be back home. Going to bed without listening to her lullabies and bedtime stories was hard. For an eight year old, God had certainly inflicted a lot of pain upon him. “Ammi?”, Ahmed said softly. “Hmm?” “Will you..umm.. will you ever come home again? Unlike most parents, Zeenat and Abbas respected Ahmed’s wishes. But like most parents, the things he said were often not taken seriously by them. Ahmed’s father failed to realize the invisible desolation in his question but the expression on Zeenat’s face said it all. It was a mix of sympathy, sorrow and helplessness. All that time, she was thinking about her suffering and sometimes, about her husband’s financial crisis. She had no idea how hard all this was on Ahmed. A child who didn’t know the difference between ‘their’ and ‘there’ had to deal with the fact that his mother possibly might be dying, right in front of his eyes. Zeenat couldn’t hold back her tears. She enfolded him in her arms and told him about Angels and Fairies. She convinced, or at least tried to convince him that they would take care of him if she was gone. He noticed the ‘if’ in the sentence and believed her. Nonetheless, he had to accept the gut- wrenching truth, which was that, even if he didn’t lose her mother, millions of other people did and if interim pangs of separations were this hard, he didn’t want to imagine the indefinite.