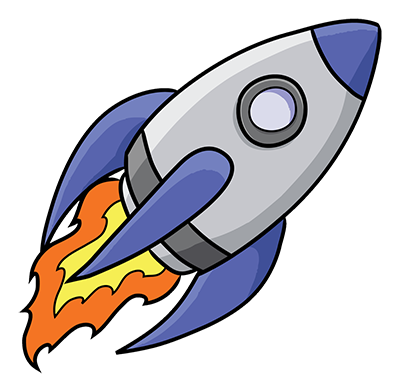 “Diamond In The Rough” is one of the outstanding stories of the second biannual International Short Story Contest 2017 written by Nayyara Younus, UAE.

Diamond In The Rough

"So now did you understand the difference between rotation and revolution of the earth?"

"Yes, Aishwarya thank you so much for teaching me. As you know, I'm not that fortunate to go to a school and learn. Even if I manage to enroll in a school, I won't be able to go. Sir wants me to do household chores and help mom in her works."

"I too don't understand why dad is not allowing you to go to school."

"Aishwarya, Can I ask you for a favour?"

"Please do not let your father know that I'm taking lessons from you. If he comes to about it, he won't like it and would stop me from taking lessons."

"Thank you so much, Aishwarya."

They heard the horn of a car and looked outside through the window. It was Mr. Anil Kumar, owner of the house.

"Sir is here. He will get to know that I am learning if he sees me here. Let me go to the kitchen and help my mom."

Jyothi stays with her mother, Radha who works as a servant for the rich businessman, Mr. Anil. Jyothi always had the wish to acquire education. But destiny played hard on her. She was even denied the right to learn by Anil. He wanted her to work for him, like Radha.

"Mom, sorry for not helping you. I was with Aishwarya. She was teaching me about sun, earth and the solar system. It is really interesting, mom."

"If sir comes to know about this, it will create a huge problem, dear. Now, will you please serve this lunch to the PGs"

"Ok, I'll mom. Don't worry. Nothing as such will happen."

Sid, Chris and Bilal were three students who are staying as paying guests in Anil's house. They were friendly with Jyothi.

She took lunch to their room and asked casually,

"How is your research progressing?"

"Finally, we created a spaceship that can travel faster than the speed of light. A few more final touches to make it perfect and then we will try it. We are planning to do so the day after tomorrow. Please do not let anyone know about this. This is a top secret!"

"Sure. I won't disclose this to anyone. Sir has come. I have to serve him lunch. Catch you later. All the best with your work!"

After doing all the chores, there was about an hour left for dinner. She decided to take lessons from Aishwarya. Jyothi took her notes and headed to Aishwarya's room.

She did not know that Anil was with Aishwarya. It did not take much time for Anil to realize what was happening when he saw Jyothi with the books.

"From now on you will neither take lessons from her nor will you meet her."

Anil was not ready to hear any pleading from both the girls. Anil took Jyothi to her mom and warned her against studying. She could not bear the fact those two souls- Aishwarya and her mother had to endure Anil's anger because of her. She confined herself to the store room that night.

Next morning, she was very eager to meet Aishwarya to tell her what happened the previous night in the store room, but she did not get a chance to do so. She decided to discuss the matter with Sid, Bilal and Chris. As soon as she entered their room, she was astonished to see her three friends dressed like astronauts. But the astonishment could not hide her anxiety.

"I want to tell you guys something really important."

She told them how Anil had found out about the secret tuition and more importantly about the thing she got from the store room.

"I got it from the store room yesterday. It was lying near the window. As soon as I wore it, I had visions of some strange creatures descending on earth."

"Can you just show me that, Jyothi?" Sid asked curiously.

Jyothi took the pendant out of her pocket and showed them.

"What if the vision comes true?" Jyothi worriedly asked.

"Don't worry. Nothing as such will happen." Bilal consoled her.

That day passed like any other ordinary day, the only exception being the restriction put upon her by Anil. Jyothi was anxious not knowing whether to believe or not in what she saw. The three students were busy preparing for their journey. Aishwarya terribly missed her dear friend.

Sid, Chris and Bilal made an excuse that they were going for a tour to Anil. They promised Jyothi that they will keep in touch with her via radio waves and left to the space in their space ship.

A few days later, Jyothi got a message from her friends. She was shocked to know what her friends had sent her.

"We have reached a planet similar to that of earth with the help of our spaceship. We were really happy until we got to know something really terrible. Your vision will come true soon. This is a planet inhabited by aliens and they are planning to invade the earth very soon. These aliens are not aware of the fact that we know their secret. Now everything lies in your hands. Please do something and protect our earth."

Jyothi wanted to share this with her mom but was not confident with the way her mom would react to this. She thought to inform Anil but was reluctant to do so. Finally, she thought of sharing it with her friend, Aishwarya.

As soon as Anil left for his work, Jyothi went to Aishwarya and told her everything. She showed her the pendant and the message from her friends.

They heard a loud crash and looked outside through the window. A huge spaceship had landed on earth and a few aliens came from inside with deadly weapons. They spread to different parts and created chaos all over. Jyothi's vision had turned out to be true.

That night, she secretly entered the aliens' spaceship. She had a conversation with the chief alien.

"Why did you come to the earth?"

"We want to invade your planet and have it for ourselves."

"Please do not do so. Billions of human beings are living on this earth. If you destroy it, what will we do?"

"Who told we are going to destroy this planet?"

"We are going to kill all the human beings and use this planet as an experimental station."

They were not ready for any compromise. They were adamant on attacking the earth. At last Jyothi had to use a final tactic against the aliens.

"Before you attack on earth, human beings will destroy your planet!"

"No. This cannot happen. You must be lying."

"If you are not ready to believe me, connect to the aliens in your planet and enquire about the same."

When they realized that it is true, they were ready for the compromise. They requested to have a compromise discussion using alien signal waves. Jyothi was selected as the representative from earth.

She negotiated with the aliens and signed a treaty stating that they will not attack each other, thus she dodged a huge disaster. The aliens left the earth and the students returned back safely.

Jyothi became a global hero and everybody appreciated her efforts. She started going to school with her best friend, Aishwarya. Jyothi also campaigned for imparting education to girls.

The students were honoured for their invention and were offered positions in one of the most esteemed space agency.