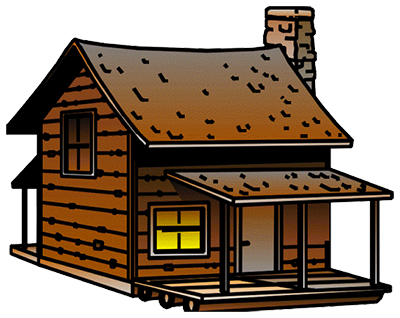 “Brave Saakshi” is one of the outstanding stories of the second biannual International Short Story Contest 2017 written by Palak Dedhia, India.

“Yipee ! It was the last day of school today.” said Saakshi happily as she returned home from school. Her mother Anita greeted her warmly and said, “This year your father and I will not be able to accompany you for your vacations as your brother Rahul’s tenth grade tuitions have started. Aunt Rashi had called in the morning asking you to spend your vacation with them. Would you like to go?” “Yay! I’ll love to go to Rampur and meet Shamu and Namita.” So in the evening she packed her bag for the vacation and went to sleep dreaming about Rampur.

Next day early morning Saakshi and her father left for Rampur. It was a two hour drive from Bikaner. Aunt Rashi, Shamu and Namita were happy on their arrival. Saakshi’s father left after talking to his sister and having tea. Saakshi gave Shamu and Namita the gifts she had got for them and then they kept talking about their school and friends until lunch.

In the evening Shamu and Namita took Saakshi to the newly made garden and playground in their village. It was very beautiful and had lots of rides for children to enjoy. They played the whole evening and also made new friends. Then it became a daily routine to go and play in the playground in the evening.

Once when the children went to the playground, only a few children had come. Shreya, one of their friends had come with her mother and she was making sand castles. Saakshi was swaying on the swing when she noticed a suspicious looking man loitering around the sand pit. Shreya asked for an ice cream and her mother went to get one. On coming back she noticed that Shreya was nowhere to be seen. She searched the entire playground but couldn’t find her. Then she burst into tears. All the children gathered around her. She told them that Shreya was missing. On hearing this Saakshi recollected the suspicious guy near the sand pit. Her inquisitive mind thought that he may be the culprit for kidnapping Shreya. But she was not sure so she did not tell anyone else. She took Shamu and Namita in her confidence and the trio began to search for Shreya throughout the village. When they reached the outskirts of the village they saw that suspicious guy come out of a rundown cottage and hurriedly mounted his bike and went off. The three children went to that cottage. Luckily, the door was not locked. They went in and searched everywhere.

In the innermost room they saw a wooden box from which some sounds were coming. With her heart beating fast Saakshi took the risk of opening the box and to everyone’s surprise the little girl Shreya was lying in the box with her mouth taped and her hands and legs tied. The young detective Saakshi acted very quickly. She told Shamu and Namita to go and inform the village police and get them as fast as they could to the kidnapping site. She consoled Shreya not to be afraid and lie down quietly in the box till the police arrived. Suddenly she heard the sound of a motorbike. The kidnapper had returned. She quickly hid behind the wooden box. She heard the kidnapper talking to Shreya’s mother on the phone to get a big sum of money as ransom if she wanted her daughter back. Saakshi was praying to God for the police to arrive quickly before the kidnapper could notice her or do any harm to Shreya. The kidnapper was very proud of what he had done and was dreaming about a big amount of money. He was just about to sit in his armchair with a big cigar in his mouth when he heard the siren of the police van. His heart skipped a beat and he thought of jumping out of the window and escaping. But Saakshi who was watching all this from behind the wooden box didn’t allow this to happen. Within a flash she picked up a stick lying nearby and hit the kidnapper on his head from behind. Even before he could guess what was happening the police had already entered the cottage and arrested him. Inspector Ram removed the poor girl from the wooden box. Saakshi untied her and untapped her mouth. The girl was in tears. As Saakshi was consoling her, Shamu and Namita reached the site with Shreya’s mother. Shreya ran to her mother and hugged her tight. Inspector Ram praised the three children for their wits and assured them that they would be awarded. Shreya’s mother thanked the children who were feeling very proud of themselves on their own bravery.

The news of this incident spread like wild fire throughout the village. Aunt Rashi praised the three children and gave them an ice-cream treat.

Saakshi became the ‘hero’ of the village. She excitedly narrated the whole incident to her parents on the phone. She took back home good memories of her vacation and her inner detective waited for yet another adventure!