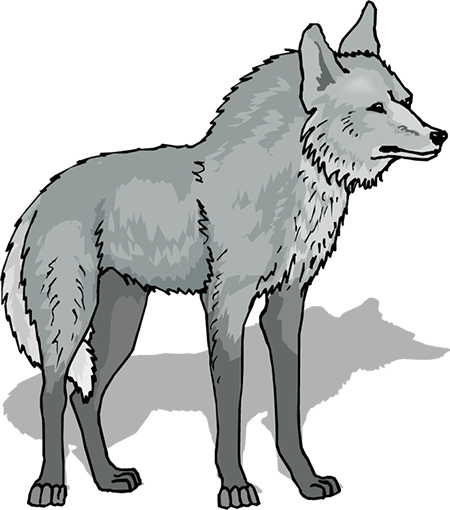 “Blood and Ice” is one of the outstanding stories of the second biannual International Short Story Contest 2017 written by Jun Qiao (Russell) Wang, Canada.

The icy, polar wind screamed around me like a crazed bear. The world was a forsaken, winter wasteland. The snow was neither soft nor pleasant, but jagged like shattered ice and as hostile as a winded wolf. There was scarcely any colour other than the white of snow and teeth, the blue of ice and water, the red of blood, the black of the night sky, and the orange of the cowardly sun.

My cubs were crying for food. It was time for the hunt. I slid out of the cave, and trekked to the mammoths’ favorite grazing spot.

After a few hours, the smell of a herd wafted into my nose. The scent was so stale I almost missed it. I followed it until the mammoths I sought were barely fifty steps away. As I arched my back and slithered, unseen in the unforgiving snow, toward the herd, I scanned the herd for the most appetizing meal. The gentle giants were oblivious to the danger. Their serene expressions made me guilty. No creature so peace-loving deserved to get slaughtered. Then I remembered my miserable little cubs. They were barely a month old. All they knew was the cold and famishment, but at least I could ease some of the hunger. This didn’t wash all of my guilt away, but my cubs would die if I let it take over me. It is a task I must complete for them.

He was an old beast, that great giant. His fur was falling off, his front was a labyrinth of scars from past battles, and his tusks were dulled for presumably the same reason. A low snarl rose in my throat as I pounced. He tried vehemently to shake me off, but my claws were stuck in his thick winter hide. The other mammoths were furious that something was interrupting their peaceful grazing. They started a stampede. It did more harm than good. It only caused a pandemonium. When my victim started to tire, I crawled up his back. The killing bite was delivered. Blood dripped from my long, dagger like incisors. All the other panicked mammoths stumbled over each other fleeing. I sectioned off the old heifer and hauled pieces I could carry back home. I hope a starving bear cub found the remains and not a vile human.

My pelt was heavy with fatigue. However, my blissful slumber was suddenly interrupted by the silhouettes of humans sneaking towards my cubs. They had untamed, odious, and filthy crops of fur on their head. They all had different skins. One of them, the ugliest of all of those feculent intruders, had a striped pelt with mud dirtying the edges, identical to mine. When he grinned triumphantly on the assumption that I wasn’t going to stop the theft of my cubs, I saw, through my half-closed eyes, his bloodstained teeth.

I sprang up, roaring loudly. They weren’t fazed. They left the cubs, savage eyes over brimming with hatred and disappointment that I was not asleep. They started to charge, at me this time.

A spear grazed my right flank.

I lashed out with my claws and struck the leader. The force of my blow knocked the spear out of his dirty hands. He merely growled, and swiped at me with his knife.

It slashed my forehead.

I pounced on him and gave him a scratch as deep as a mountain crevice. He will remember that wound to the day of his death. That wasn’t enough to my cave of intruders, though. Before retreating like a terrified rabbit, the bravest intruder shot two arrows at me.

One missed. One didn’t.

I pushed my second attacker’s unconscious body from my den and gave my petrified cubs comforting licks. However, just as I started to calm them down, I realized that they weren’t shocked because of the attempted theft. They were looking at my arrow wound. It was bleeding a bluish shade of red. I knew by instinct that this was no ordinary wound. The arrow he shot at me was tipped. Then I realized that the oldest was starting lap his tongue against it. I shooed him away. If I was going to die young, they will not follow me.