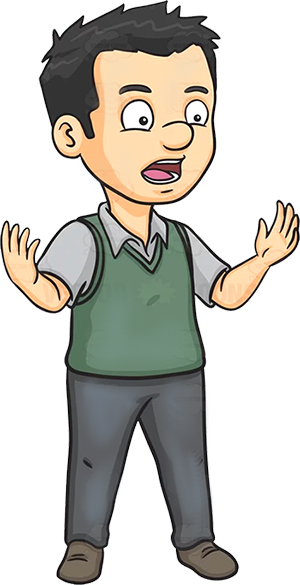 “Are You Gowtham?” is one of the outstanding stories of the second biannual International Short Story Contest 2017 written by C.Nivedhan, India.

Kauri, a high school girl living near Goa Revora village was fed up with her life in the countryside and wished to be a handsome Delhi boy in her next life. Later, Gowtham, a high school boy living in Delhi, wakes up and realizes that he is Kauri, who herself has somehow ended up in Gowtham’s body.

Gowtham and Kauri realized that they have switching bodies. They started talking to each other by leaving notes on paper or leaving messages in each other's phones. As time passed, they used to swap and start intervening in each other's lives. Kauri helped Gowtham develop a relationship with his female co-worker, Sandy, and eventually to go on a date with her, while Gowtham helped Kauri in becoming more popular in her school. Kauri tells Gowtham about an earthquake that will come in Goa in a few days time.

One day, Gowtham suddenly wakes up back in his body. After an unsuccessful first date with Sandy, he tries contacting Kauri but fails. He later finds that they have stopped switching bodies and eventually decides to visit Kauri in her hometown. Without knowing the name of her village, he travels around the exhibition, on the sketches of the scenery he has drawn from his memory. Finally, a restaurant server recognizes the town in Gowtham’s sketch as Revora village near Goa. He is then tells that a fragment of the earthquake in Goa three years ago had destroyed Goa and its surroundings, killing a third of the town's population. As Gowtham looks through the records of fatalities from the incident, he finds Kauri’s name.

Attempting to connect with Kauri, Gowtham goes to Kauri’s family shrine. Realizing that his and Kauri’s timelines were actually separated by a few years the whole time, Gowtham eats some rice that Kauri made and left behind as an offering, hoping to connect her body before the earthquake strikes. Succeeding, he wakes up in her body on the morning of the festival, and realizes that he still has time to save the town. Convincing her friends about the earthquake, he gets their help in trying to evacuate the village. While they continue with their plans, Gowtham realizes that Kauri might be in his body at the hill of the village and heads back to meet with her.

Kauri wakes up in Gowtham's body at the hill and wanders to the meeting. Gowtham arrives at the meeting as well although they feel each other's presence, they are unable to see each other, due to the separation in their timelines. As the sun sets, both Gowtham and Kauri realize it is twilight and they are transported back into their own bodies and are finally able to see each other. Gowtham tells Kauri to convince her estranged father, the mayor of Revora, to move people from the dangerous town. They decide to marry each other as they return to their respective timelines, but Kauri suddenly disappears. As time begin to pass, their memories of each other start to fade and disappear. Both of them forget each other's names, as well as the events that happened between them. On the edge of giving up, Kauri realizes that Gowtham misses her. Kauri confronts her father again with a new spirit of determination, and soon after, the broken fragment of earthquake crashes Goa, destroying Revora.

Eight years later, it is revealed that Kauri persuaded her father to conduct an emergency evacuation drill across the surrounding districts, allowing most of Revora's residents to escape in time and survive. Gowtham has graduated from university and is trying to find a job, but still has lingering feelings that he is missing something important. He finds himself attracted to items relating to Revora, such as magazines and people he thinks are familiar, which he actually knew when he was in Kauri's body. While riding separate trains, Gowtham and Kauri are stunned to see each other when their trains suddenly run parallel to one another. They get out at their next stops and try to find each other, they finally meet at a restaurant and feels as though they knew each other somehow, ask for each other's name.

They got their memories back and married each other and lived happily.