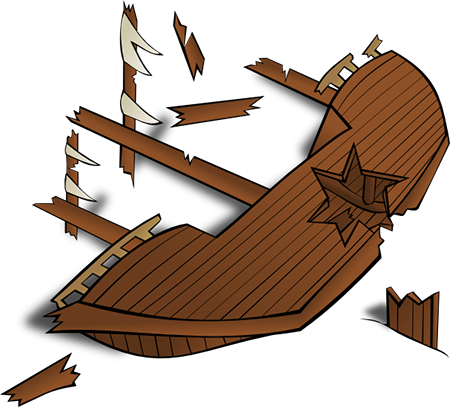 “Adventure” is one of the outstanding stories of the second biannual International Short Story Contest 2017 written by B. Aryan, India.

My name is Jim. I love travelling in ships as much as I love reading stories. I boarded a ship to the United States. To my surprise, the ship’s captain was none other than my friend, Mr. Smith. He was an experienced sailor when coming to the rules but very foolish on implementing them. He decided to have a wager with me; he would drive into the Bermuda Triangle, the spot where scores of people went missing. I begged him to take the safe route, but he would not listen to me.

During dinner, I made an announcement that we should all prepare for the worst, but no one took me seriously. So, I went to the deck of the ship, grabbing a life jacket. We were 50 km of the coast of the Triangle. After a few minutes, I could see the Triangle. I immediately caught hold of a life boat. The moment I caught hold of, we crashed into a rock. I jumped into it while releasing it. But, then my life boat burst, while I got hit by a rock and fell unconscious.

Later, I opened my eyes to be on a beach. I thought, I had died during the accident but somehow, I had survived it and came floating to the shore. I slowly got up and looked around. I saw some people and tried to signal them wearily.

They saw me and took me to a dispensary. After a day, I recovered but not fully, and I also needed more supplements and that meant more expenditure. Luckily, a kind man took pity on me and paid for my needs and treatment. After I recovered fully, I thanked him and asked his name. He replied, “I am Steve, the Kahuna's son. I asked him, who this Kahuna is?

He said that he is the head of this island. At a very auspicious moment, a person will come to this island. The Kahuna will then call upon our god, Ruhania. Then, he will ask 3 riddles. If he/she answers them correctly, they’ll be set free but if you answer even 1 question wrong, you’ll be killed.

I thought, I could answer them, so I went with Steve to the sacred place or more of a temple, where they all pray. He told me to sit in one place, and he went somewhere. Seconds later, he came back with his father. “So you’re the person Steve said about”. I nodded as if in reply. “Let’s start the ritual”.

He flew into the sky and came back with a doll. He again flew and threw the doll from up there, and then a spirit came out of the broken doll. He was very scary, yet had a charming voice. He asked “Are you sure you can answer them”. I said, yes. Had I no sooner finished saying, he asked the first riddle.

Riddle 1: What is wrong in this sequence:

It was obviously 8 as it is the only number which does not have any ‘color’. I was right, and I could proceed to the next question.

Riddle 2: The maker does not have any use of it; the buyer has use for it but not for himself, and he who can use neither feel it nor see. What is it?

I went on a logic train. If you can’t see or feel, then you must be dead, so where are dead people kept, certainly inside a coffin! I was again correct, and I was facing the last question.

Riddle 3: I am lighter than a feather but even the world’s strongest cannot hold me for long. Who am I?

I thought I had come to an end. But I didn’t lose hope and thought hard. Then, an idea struck me. What if it even wasn’t something to hold? Maybe it was something which is just told in that way. I thought furiously and came up with an answer: Air. It is lighter than a feather but you can’t hold it for long. I told my answer to the spirit, and I was in my hometown.