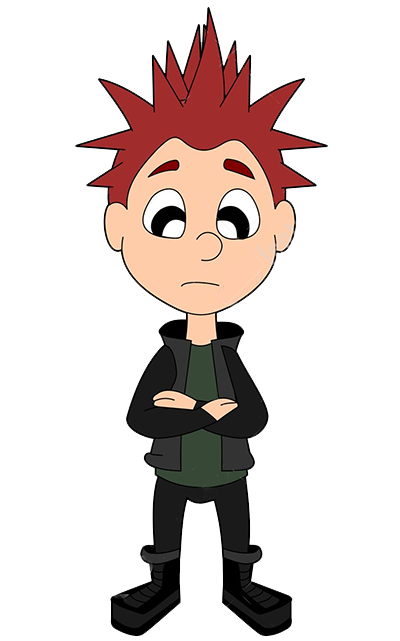 “Zack’s Adventure” is one of the outstanding stories of the first biannual International Short Story Contest 2017 written by Layi Onwinde, The Netherlands.

Relentless sheets of heavy rain smacked against the window of St.Beades school. Zack, a prepossessing, quiet, adolescent, sat in his spacious classroom; he was upset because he was bullied by a boy called Steve at playtime-a bully who was older than him.

On his solemn walk home from school, he tried to forget about being picked on and had a spring in his walk. Eventually, he gave up and screamed out loud, “That boy is driving me round the bend!” He awkwardly stopped to think about a solution for tomorrow without realizing he was staring at a street light, then it flickered on, Zack was shocked. He slowly turned his head hoping the light would stay on and the light went dimmer and as he put his head down, the light swiftly flickered off. Zack whizzed home as fast as a hare- accidentally flinging gates open and making cars honk. He got home to his mother who had come home from work.

“Hey mum, how was work today?”

“It was great, thank you for asking Zack.”

He ran up to his room and started thinking about the light while starring at his TV set and CLICK! His remote powered the TV and he shouted out: “Nooo! I have powers!”

Zack tussled to get out of bed as he was up all night thinking, and began to worry if his powers would act up in school or cause an accident. Zack got dressed for school in a pair of black sunglasses. He dragged his tired feet through the school gates to math class.

He found himself dozing off since he barely got any sleep last night, which was very embarrassing because his teacher, Mr Randolph, had just asked him a question and everyone was staring at him. Mr Randolph said:

“Get enough sleep or you’ll be in detention, and take off those ridiculous glasses.”

Zack didn't feel like arguing with his teacher so he took them off. At break he casually walked down the corridor leading to the playground. Playtimes were always fun for everyone but, nobody noticed a black tinted SUV parked in front of their school.

Zack was playing basketball with his best friend Zane when he saw everyone circling round Steve and Ben. Zack pushed his way through the crowd and shouted “stop!”

Steve gave Zack a horrible look as if he was going to kill him, “what are you going to do about it punk?”

He kept on harassing Ben, Zack felt a huge urge to beat Steve up, he felt his hand rise up towards Steve and whoosh! A huge gush of wind rammed against Steve and he levitated in mid-air and landed on the concrete. The guy in the SUV watched the whole incident and said, “Oh yeah that’s him.”

Zack was walking home when a tall guy in a suit jumped out of a hedge pointing a gun at him. Zack panicked and threw up his hands instantly:

“I’m sorry for whatever I've done.”

“It’s okay kid, I saw what you did back there. I'm a secret agent. There is a villain on the loose and we need your powers to stop him.”

Zack replied: “How can I trust you?”

The agent put his gun in his pocket and pulled out his ID. It said he worked for the VIA (Villain Investigation Agency) and his name was Jack. Jack told Zack that that they would leave tomorrow, but Zack questioned:

“I tell your mum that I'm your counsellor and since you've worked exceptionally hard, I'm taking you out.”

“Ok I'll go provided that I get candy at the end.”

Jack agreed and changed into some casual clothes from his car and Zack took him home. When they arrived, Zack’s mum was cooking potatoes and ribs for dinner. Jack introduced himself and explained that he wanted to take Zack out.

“Oh I think that will be a great idea it's just I'll be all alone. His dad left for a trip 8 years ago and never came back.”

After he'd freshened up, he came down the set of stairs to eat the delicious meal his mum had prepared. Jack left after dinner.

The next day, on his way to school Zack was on the lookout for Jack. Jack appeared out of a hedge. And he said: “Let's bounce; I've got your gear in the car.”

They got into the SUV with one of Jacks colleagues and headed for the Bungabo forest. On their way to the forest, Jack suited Zack and gave him a Taser gun. When they got to the destination the colleague dropped them off at the mouth of the forest.

Whoosh! A poisonous knife missed Zack’s face by a centimetre and it permeated through a tree. Zack was furious; he grabbed the poisonous knife from the tree and kicked the villain in the shin. He put the blade across the villain’s neck and he surrendered. Jack called a colleague to take the villain away and another to pick them up.

On their way home, Zack said, “You said I'll get candy” and Jack dumped and a big bag of sweets into Zack's hand. When he was dropped off, he noticed a grey Porsche in the driveway and was unsure about it. When he entered the house he met his mum laughing with a man that looked awfully familiar and said, “You look like my father” and the man said:

Zack slowly walked over to his father and gave him a hug. His dad said, “I've missed you so much son.”