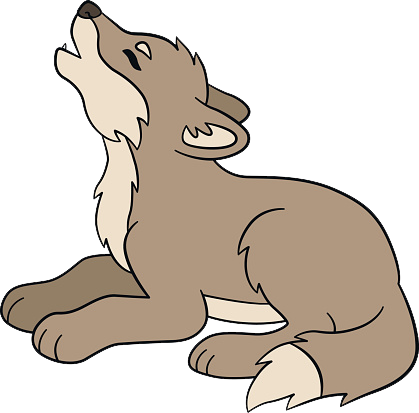 “Wolves” is one of the outstanding stories of the first biannual International Short Story Contest 2017 written by Ryan Black, The Netherlands.

The seventh of February 1337 was the day I met Blood.

Five years later my life had changed completely, I was best friends with a wolf, living in the forest Mountain ranges of Satogow Island in the Sea of Voids. Just as I have learnt their language Blood, Shadow and cub Momo have learnt my native language too. Strangely Blood has been worried and repeatedly whimpering,

"Bone, I smell strange humans!" to me recently.

One stormy night we met these strange humans! They were tribal people called Bob, Jeff and Co.

Two days later all the wolves were still hiding but I decided to talk to the Tribal people - they had come from a tribe called The Underworld and that said, "Our tribe is running out of food fast even though there are only three of us!"

I sprang up and started running, I ran to a clearing in the middle of the forest. Momo was being dragged away by Bob and Jeff with Co tailing behind! Blood had a wound across his left eye. Seeing this I fell to the ground sobbing. It began to rain and then came thunder and lightning. I tried to run after them but couldn’t find them, we went back to our den with the younger cub Dodo.

Two weeks later, it was a calm morning (or as calm as it could get with Momo kidnapped) when an arrow came flying onto the den with a letter attached:

‘To the wolf pack, as we said, we need food. Give us the other cub and we will leave the area!’

So we agreed. Shadow would stay and protect the den while me and Blood would go and save Momo. Shadow hid in the den while we left to help Momo. Blood, who was following an old scent, found it easy to find the tribesmen. Within one day we were at their camp, but someone was always on guard. Then it happened. Co wandered near our hiding place and saw us, he shouted "Wolves!!" We didn’t wait, we jumped out and attacked, Blood knocked out Co while I took out my dagger.

I was matched with Bob and Blood with Jeff. After 10 minutes of fist fight and daggers, I was wound on my face, we retreated and ran. We ran so fast and stopped only when we got to the den. Shadow had to take care of us and bring us back to health for the next five days!

We attacked again. This time when we got to their camp we found Bob leaving, this was our chance. We snuck into their tent and when Jeff came back for lunch we ambushed him. I grabbed him and Blood scarred his face like he had scarred mine. We got him to take us to where they had been holding Momo hostage. She was trapped in a locked, blue wooden cage but Bob had the keys so we locked Jeff up in an empty cage with the keys we had forced out of him.

We ran back to the den to find Bob lying on the ground and Shadow with the keys in his mouth. We freed Momo and when we got back to the den we found Dodo wandering around the clearing, seeing the world that was now safe for him!