Story Contest 2017 #1 - Outstanding Stories » Wisdom from a Trash Can 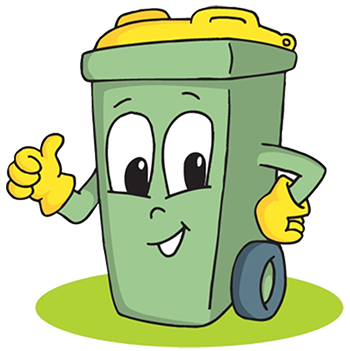 “Wisdom from a Trash Can” is one of the outstanding stories of the first biannual Short Story Contest 2017 written by Akshita Jain, India.

Wisdom from a Trash Can

The Swachh Bharat Abhiyan (National Cleaning Campaign) was at its peak. People were rushing here and there with brooms in their hands; the words ‘Clean India’ on the tip of their tongues and excitement in their hearts. School children were especially involved in the Clean India mission.

One fine day, when the children of class 9 were going home, a boy named Dhwanit Jain overheard a trash can talking to the road. They were speaking in hushed tones. Dhwanit had to go closer to hear what they were saying. He crouched behind a wall as he listened to the conversation.

The trash can, lamenting its fate, said, “I feel so useless these days. Nobody ever uses me. I thought that after the Prime Minister starting this programme, people would use me. But it is as if these people never listen. I wish I had been in a foreign country.”

In reply to this, the road said, “You know, I have heard a lot about how people from here don’t litter when they go abroad. I wonder why that is so.”

The trash can sighed deeply and said, “The whole psychology of people here is wrong. They think that as litter already exists here, a little more litter won’t make any difference. What they don’t realize is that thousands of people use the same excuse to litter here. When a trash can like me is around, they still don’t throw the trash in me. They try to aim it and if they miss they just leave it here around me and on you. Abroad, the streets are already clean and trash cans are strategically placed. Thus these people don’t throw the wrappers on the ground. They don’t even try their aim as the local people might scold them for behaving that way.”

“You are right. I wish our people would become more responsible. It’s so sad to have litter all over me.”

The trashcan interjected and said, “Even the government is at fault. There are three steps to working out anything successfully.....” Dhwanit started listening intently.

After listening to the trash can, the road sighed, “Well, I don’t think we can do anything about this issue. But did you hear about that trash can which was manufactured last Friday? That was such a funny incident.”

Dhwanit turned on his heel and slipped off into the evening. He wondered about the things he had just overheard. They are right, he realized. Funny, how a trashcan can be full of wisdom when it is empty in terms of trash. Something has to be done about this, he decided.

The next morning, he called his friends for a meeting. He stood at the front of the room with a microphone in his hand and started speaking. He had already decided to refrain from telling the people that a trashcan had given him this idea as then they might not take him seriously.

“Dear friends, we all have been very excited about the Prime Minister’s Swachh Bharat Abhiyan. But in the excitement we have forgotten the main objective of the movement. All we are doing is clicking photos of ourselves with brooms and uploading them on Facebook. I know that we all want a better and cleaner India. That is why I have come to you all with a proposal towards a cleaner India. First of all, we need to change our attitudes towards cleanliness and our country. We need to stop littering. The government has not fulfilled all its duties but it has managed to install some trash cans on the sidewalk. Let’s try to throw our garbage in them and not around them. Secondly, if we feel that our local authorities are not doing their jobs, it is our responsibility to make sure we remind them about our rights as citizens. There is a simple way to clean India. The government needs to ensure that regular cleaning of streets is done. It also needs to make sure that there are sufficient trash cans on every road and around every locality. First the government needs to make provisions for cleaning the pre-existing litter on the roads. Then we need to ensure that we don’t litter so that it does not build up again. The most important step is that there has to be a system for regular maintenance of roads. All those who are with me and want to see a brighter and cleaner India should come with me to our local municipal office. There is strength in numbers. If we all go we might be able to convince the local officers peacefully and diplomatically.”

After a pause for letting his friends think, he shouted “So who all are with me?”

The scene that followed was one of great delight for Dhwanit. All his friends raised their hands and cheered loudly. They all trooped out of the room, down the road and across the school till they finally reached the local municipal office. The officers there calmly heard them out and told them that they would think about what they could do about this issue and asked for two days time.

After two days, the children heard the joyous news in their schools, the municipal office was willing to place dustbins around the roads and a schedule for sweepers to come and clean the roads was already set and would be applicable from the next week. Everyone was very happy and praised Dhwanit.

When the actual cleaning started next week in full swing, the trash can and the road were very happy. They both were very eager to know the reason for this change. And often, they heard the name of some boy called Dhwanit. And one day, when both were cherishing the clean roads around them, a boy walked up to the trash can and said, “Thank you”.