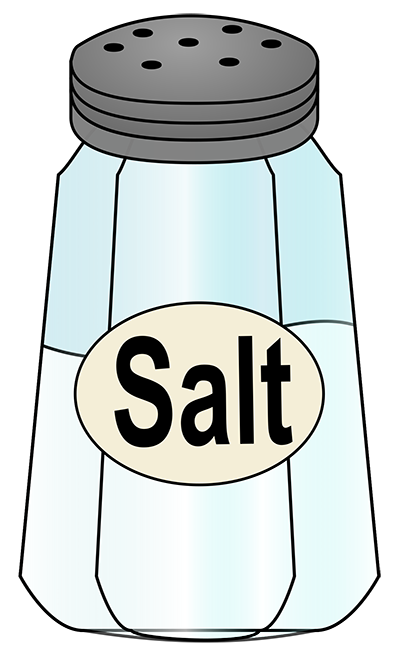 “Why are the Demons Afraid of Salt” is one of the outstanding stories of the first biannual International Short Story Contest 2017 written by Beenish Yousuf, UAE.

Why are the Demons Afraid of Salt

It took place in the early 1200’s. At that time spiritual creatures were at ease and disguised themselves as humans. It can’t be said that everyone lived in peace because these spiritual creatures were none other than demons or as they say “the unclean spirit”. Though in the Bible it was mentioned about these creatures, people thought that it was just some absurd writing done by a deranged person. That’s when the people started to lose faith and tried to look for another holy power that they could follow. The Demons tortured the humans through telekinesis, possession, hypnosis and many other forms. In that period of time, suddenly in the human world, people in black started emerging out of nowhere. Once they settled down in a place, the people of that place went through a massive crisis.

For five long years, nothing changed. The demons were all around the world. The churches and the priests were all burnt down. At that moment people realized that there was no hope for them left in this world. What they did not know was that one of the priests had escaped. Escaped to a place no one would bother looking for.

Before the arrival of the demons Father Marcellus had predicted that one day all humans will suffer because of people dressed in black. People thought he was psycho and degraded him of his post as a priest. As soon as the demons arrived, Father Marcellus ran away with his family, saying that the demons represented evil.

Father Marcellus was a person who people adored until he made the predictions regarding the people suffering. The only people who stood with Father Marcellus were the once who still loved him. Along these years he tried to figure out many ways of how to get rid of the demons. He read the Bible so many times, to the point that he could recite it by heart but still could not find any solution to get rid of this problem. But one day, on the 10th of July, Father Marcellus learnt about exorcism and started practicing it.

The demons were weak to many things and one of them was exorcism. If exorcism was practiced anywhere, far or near, they could hear it, and it would hurt their ears. For two more years, whenever Father Marcellus would practice exorcism, the demons would suffer even more. Through exorcism the demons were reminded of the torture of Lucifer, who had made them suffer. The scars on their bodies would hurt and burn all over again. That’s when the demons decided that they could not take it anymore and prepared a search team that consisted of the most powerful demons.

On 11th of January, they headed out to find Father Marcellus, but in vain. But on the 16th of January, the demons reached a placed and heard the exorcism being practiced again, but the only difference was that they could hear it from somewhere nearby, it was as if someone was whispering in their ear. For days they searched around but still could not find it. That’s when they realized they were in front of a very thick wall protected by vines growing on it.

In the meantime, Father Marcellus prepared himself mentally and got ready for exorcising any demons that would come through the wall. It took the demons forty eight hours to get through the wall but they were shocked when they saw another challenge for them. Though it was an easy task, it was a huge challenge for them because all they had to write down was Jesus Christ on a blank sheet of paper, purify their hands and feet with holy water and then enter. By witnessing all of these the demons raged with anger and broke through what ever came in their way, they avoided the holy obstacles.

Father Marcellus was in the kitchen with his family, spending the last few moments with them as a family, when suddenly the wall protecting him and his family broke and they came face to face with the demons.

What Father Marcellus didn’t know about salt was that it symbolizes purity. He gained back his respectful life as a Father and continued to preach about his religion to other people. And if they met any demons on their way, well the salt pouches came in handy at those times.