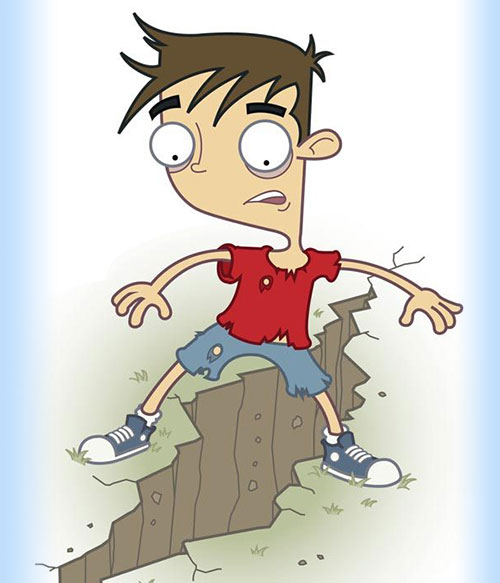 “When I got lost in a Haunted Village” is one of the outstanding stories of the first biannual International Short Story Contest 2017 written by Andriy Chircop, Malta.

When I got lost in a Haunted Village

My name is Andry Chricop. As usual I woke up in a good mood but this time I was in my very best mood because it was Christmas day. I went to open my present and it was a PS4. I jumped over to the sofa and played Fifa 2017. At noon we had Christmas lunch and afterwards, together with my family, we went to Valletta.

Then we felt vibrations and the ground was breaking. It was an earthquake. We fell down under the ground. I was lost and I was going around and around. I discovered that I was in a village called Weirdevilton.

Chapter 3: What kind of village is this?

The villagers have many weird and evil traditions in their religion. One of them is that on the night after Christmas they haunt other villages. They saw me and shrunk me and they put me in a dirty aquarium with no water. Here I met a boy, his name was Chickboymichealson.

Chapter 4: Who is this Chickboymichealson?

Chickboymichealson is an adventurous boy and he always solves cases. He likes money and he has some nasty habits to save money. He eats raw mice so as not to spend money on food and electricity but his nastiest and cheapest habit is that when he brushed his hair he pulls out a hair and uses it as dental floss. EWW!!!

“What is your name?” asked Micheal. “My name is Andry, and yours?” “My name is Chickboymichealson”. Suddenly two giants came that way. They were my parents and they saved us. They gave us a piece of magic chocolate and we grew and we grew back to our normal size. They told us that they had to pass many monsters to come and save us. We got out of the village and got the ladder and we were at Valletta again. Then the villagers followed us took our gold and money.

Chapter 6: Wait Maybe it was a dream

We had to go to the village so we could bring back the gold. We had to split up and I saw the head of the Villagers Evel E-Evil. He was the one who picked up the money from the other bandits. I got the magic hammer and with it just one hit, he died and as fast as I could I got the money. I called the others and we went to the hole so we could get up the ladder but then I heard a voice……

It was my mum saying “Andry, Come and drink your milk.” I got out of bed. It was funny because it was just a book with an amazing story.