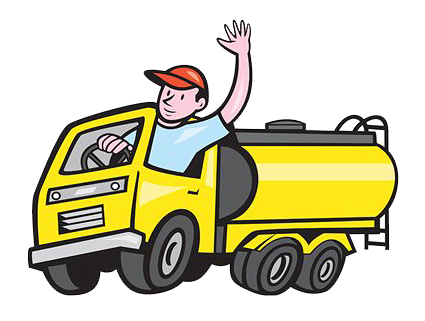 “Uncle Gaga and the Street Gang” is one of the outstanding stories of the first biannual International Short Story Contest 2017 written by James Odefemi, Nigeria.

Uncle Gaga and the Street Gang

Mr. Gbenga Agagu lived along Falolu Street in Tanke Ilorin. He was very popular in his neighborhood and everybody called him Uncle Gaga. Uncle Gaga was a water tanker driver and he had been one for over 20 years. He delivered water from the waterworks treatment plant to residents all over town. He always went were the plant supervisor asked him to go and sometimes, people called him privately to deliver water to their houses.

Since the central reservoir was undergoing reconstruction and no one knew when it would be completed Uncle Gaga and his teammates were making a lot of money. He always joked about putting a little money aside for the rainy season which was funny because he did not have much business during this season when people preferred to collect rain water for domestic use.

Uncle Gaga did not need much to get by as his two grown children had left home and settled with their own families and his dear wife was quite self-sufficient with her own little shop. He spent his leisure time playing cards with the neighbors or napping in the shade of a neem tree. Every Sunday, he came to visit us and he always brought gifts with him. His visits were always full of fun, laughter and stories of his adventures delivering water.

One such story was about a well-known street Gang, also known as Area Boys, who terrorized the residents of Tanke. They were a notorious gang of idle young men with nothing better to do. They referred to themselves as the Tanke Area Boys. Rasaki aka R.S.K. the son of a policeman was the one who leaded them, some of their members were as young as twelve years of age. The Twins aka Thunder and Tornado were the worst of the lot.

Uncle Gaga had only just moved into his home in Tanke less than a week when he had his first run in with the area boys. He was driving by on his way to deliver water in the neighborhood singing his favorite song at the top of his voice ‘Waaataaa, e no get enemy’ (Water has no enemy). As he was taking a bend, he almost collided with an oncoming vehicle trying to avoid the twins who were dangerously overtaking said vehicle on a rickety motorcycle. Instead of Thunder and Tornado to slow down or stop, they forced their way through, screaming curses at the two drivers as they did so.

Uncle Gaga was surprised at such behavior from ones so young. Everywhere he went, the residents of Tanke complained about the street gang and their activities. Many had been robbed, vandalized and extorted from at one time or another. Reporting to the police was a waste of time.

Uncle Gaga did his best to stir clear of the gang and not get involved but trouble came looking for him. It happened that Uncle Gaga got a request from R.S.K. to supply water to his mother’s restaurant. When Uncle Gaga fulfilled his own end of the bargain, R.S.K. refused to pay. Uncle Gaga let it pass.

Another time, the gang vandalized his tanker and took his water but he let that pass too. Then one day, Uncle Gaga stopped on the way to a delivery to ‘pay the water bill’. He happened to be riding with his nephew and left him to wait in the tanker.

Before he returned, the gang beat up the young man, threw him out and took away the tanker. That was it. He found the empty tanker the next day but Uncle Gaga had had enough. They could mess with his income, they could even mess with his tanker but they had no right to beat up his nephew. They could not get away with that because, as Uncle Gaga says, ‘Blood is thicker than water.’

Uncle Gaga declared all-out war on the gang. With the help of a close network of informants in the neighborhood and his fellow water tanker drivers, he started a campaign against the gang. Their weapon of choice: Water. The battle started the very next time a request for water came from R.S.K.’s restaurant. Uncle Gaga responded himself and, by accident, flooded the whole place completely with water. He apologized profusely and did not bother to ask for payment but the area boys soon knew something was up.

Everywhere the gang members went, they were doused with water. One time, Thunder and Tornado were stealing from some children on their way to school. As they tried to run off, a full blast of water came from nowhere and sent them flying back to the feet of the children who laughed merrily and took back their property.

Yet another time, some members of the gang were coming out of a home they had just robbed and were stopped on all sides by water tankers. The tanker drivers led by our Uncle Gaga gave them a thorough beating, then a bracing bath and sent them off on their way as naked as the day they were born. It was humiliating for the boys. R.S.K. was ‘as mad as a wet hen’ and because his reputation was at stake, he had to retaliate.

He and his boys attacked the water treatment plant which was a very big mistake because Uncle Gaga and his entire team were waiting for them. Uncle Gaga said it was ‘like shooting fish in a barrel’. Uncle Gaga refused to go into the details but he laughed so much as he recalled the incident and said that by the time they finished dealing with the boys, they ran home to their mothers totally ‘washed up’.

Surprisingly, the story did not end there because like Uncle Gaga says ‘using violence to get a person to change was like water off a duck’s back’. He went to visit R.S.K. at his mother’s restaurant immediately after the incident at the plant. R.S.K. was still soaking wet. He was sitting at one of the tables shaking like a leaf from the cold and the suppressed rage. His face looked like thunder clouds as his mother yelled at him and tried to dry him with a towel. When Uncle Gaga came into the restaurant, everyone went quiet and backed away as he approached the table. Uncle Gaga sat down before R.S.K. and said,

“R.S.K. No matter how hot your anger is, it cannot cook yam. It is time to stop. The river has run its course and there are better things to do. I have come to offer you a deal.”

Uncle Gaga waited for a response but R.S.K. said nothing.

“These attacks will not stop. That I can guarantee. I cannot ask that you change but as my father used to say; where water is the boss there the land must obey. Join my team. With your talents, you will go far in the world of water. What do you say?”

R.S.K. was silent a moment, then he stood up and looked at Uncle Gaga before he turned and walked away. He left Ilorin the next day to seek his fortunes elsewhere and that was the end of the Tanke Area Boys. Uncle Gaga still has many adventures as a tanker driver as he just refuses to retire. He is still going with the flow.