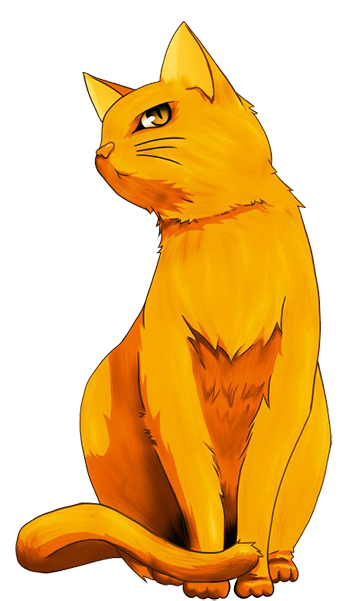 “Treasure Pleasure” is one of the outstanding stories of the first biannual International Short Story Contest 2017 written by Fatima Asali, Georgia.

One day while skipping in my front garden, I saw a golden cat! She was purring and running around, but after a while she got bored and decided to leave. She was heading to my front gate, but I could not imagine her leaving: I wanted to see her beautiful golden fur and sweet blue eyes! So, I decided to follow her.

She went through the crowded city, off to the beach, and then she jumped into a boat. I wasn't so sure about this. Should I follow her or should I go back home? I didn't have much time to think, as the boat was about to leave. So I didn’t think well and just jumped in and followed the cat. And this was where a dangerous, adventurous story began.

I hopped on the boat and sat down while watching the golden cat sip her milk. I heard a voice, a squeaky soft voice. I looked up from the cat and saw a beautiful girl about my age.

I shyly croaked, “What is your name?”

“My name? My name is... Charlotte” she replied.

“You mean like the book Charlotte's web?” I asked fascinated.

“Yes, I guess so” she replied.

Now we were chatting to each other like best friends when we heard the cat meowing lazily; we looked out of the boat and saw an island: A beautiful island full of trees and flowers. We hopped off the boat, following the cat, and walked a long way into the trees. After a while, the cat paused, and Charlotte told me:

“I know why we stopped. Look!” She was pointing to three caves, then she continued, “These caves are all dangerous except for one; we have to find out which one it is.” Then I stuttered,

“But how will we know which one to go through?”

But the cat pointed its head towards the sky. Charlotte said that we had to camp there, so that’s what we did. We needed to see where the stars were pointing. We slept comfortably that night. And the stars pointed to the middle cave which was full of bats. In the morning we went through the middle cave and after a long walk of tripping on rocks in the dark, dusty, doomed cave we arrived at its end, where we bumped into a big wall.

There was a little note that said:

“Solve this riddle and the wall will open: ‘what is more valuable than gold but doesn't cost a penny, is hard to find but easy to lose!?’”

I thought for a while, and then I screamed:

The wall opened slowly, and we entered, afraid. We spotted a black lion with a big mouth and a wiggly tooth; it was looking right at us, growling. The cat didn't seem to mind. She went up to the lion’s mouth and opened it with her pretty paws, she sneaked in, careful not to touch the wiggly tooth. Charlotte followed, so I did too. I slid in carefully. Whiz pop drizzly dot. We went into swirls of colors and arrived at a two-dimensional world. There was a family of poor kittens who needed a home and on the other side a little lonely girl in a big house, who was crying. So we gave her the kittens. She smiled and thanked us wishing us luck. In a wink we were back home with a beautiful treasure chest. We opened it, and inside there were two golden kittens and two golden books. Each of us took a book with, the title read: Treasure Pleasure. We took a kitten each too. Suddenly the golden cat smiled and disappeared.

Our mission was complete. Charlotte was my new neighbor, I was so happy.

But mum was really cross with me. The moment I came in she started ranting about how dangerous it was for a nine-year old to go out alone. So I gave her my book and she realized what had happened.