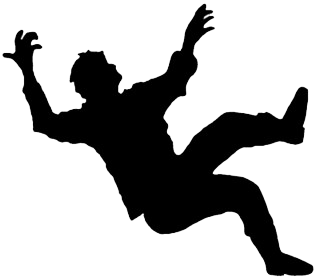 “Tinted Tower” is one of the outstanding stories of the first biannual International Short Story Contest 2017 written by David Warren, The Netherlands.

As the pale moon reigned over the night sky, unfathomable darkness swallowed London. Torrential rain, rapidly lashed down in relentless sheets and concealed the grimy town. An inky shadow slithered among the dark alleyways. Overhead, the decayed shape of Tinted Tower loomed like a skyscraper; its copper hands indicating the twelfth hour. The shadow hastily pulled down his velvet hood, revealing bedraggled hair and sapphire eyes. He pushed open the mahogany door of the intimidating domicile. He sauntered behind and started banging his clenched fists on the cryptic door that lead to the towers highest compartment. After waiting a while, he sighs - there is no answer.

"Where is he?" He thought, "He should be answering." Looking up, all he could see was the dim light of a candle.

Someone was in his tower. Someone was in the supreme compartment, where his beloved family once lived. Someone who shouldn't be. A secluded bead of sweat drizzles down, his heart was in his mouth. Outside, the wind is a cacophonous stray wolf, howling at the luminous moon, its icy bite piercing flesh and bone. Despite this, he had to get to the apex of the tower... Gradually, he began to scale the tower.

Ashen hands, clenching thatched holds, clamber up the dismal tiles, their apical edges slitting his shivering palms, drawing ruby blood. Cryptic crows circle under the evanescent moonlight, as if to say: "give up you fool you'll die - a grisly and excruciating death!"

Neglecting the delirious birds, he advanced on. A hideous gargoyle perched on the side of the tower like a monkey. All of a sudden he slipped on a drenched slate, letting the monsters ivory canines severely impale his arm like delicate butter.

Glistening cherry blood rapidly poured out. He let out an anguished howl of distress and narrowly got hold of a loose brick masked in dry cement with his unharmed arm; his left leg found a silver beam to regain balance on. Breathing heavily, he glanced over his shoulder at were the gargoyle stood, but the monster was long gone.

"I can't die like this," he thought, "My family is waiting for me, and there's an intruder”. Although he only had a single propitious arm, he managed to clamber up the diabolical fortress leaving a vile trail. The stained glass panel of his cramped compartment was near.

Exerting the last fragment of energy he pushed himself over the windowsill. A surreal figure silently stood there. An incandescent aura flowed around him, giving off amber light that could easily be mistaken for a candle. His eyes scintillated like stars, yet a transparent emptiness lay deep inside. It was his an incarnation, a ghost of his dead Father. He drowsily glided forward, his spectral body a wavering flame, and pushed his son off the Tinted Tower.