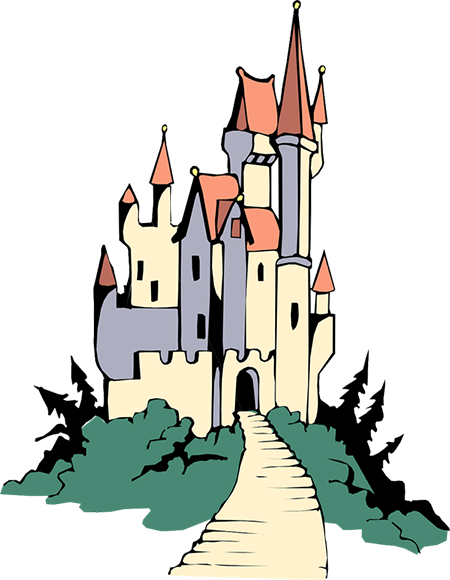 “The Woods” is one of the outstanding stories of the first biannual International Short Story Contest 2017 written by Felix Gatty-Saunt, The Netherlands.

As Hurin ran to the ornate room, where his smug brother had summoned him, he could not help feeling nervous.

“Brother how nice to see you; have you seen my ruby? Apparently someone in the kingdom has stolen it. Was it you?” Peter asked in a slightly edgy voice. Hurin’s brother gradually started to pull the sword from his sheaf, and bellowed:

Hurin ran out of the room and darted as far as he could from the castle and his brother. As Hurin ran further rain started to lash down onto his leather tunic, and made it heavier than it already was. Hurin kept on running; he didn't want to look back at the castle; he had childhood memories of the games he and his brother used to play in and around the castle. A deathly silence ruled the land now, and as Hurin walked further he heard a voice saying,

“I have your brother in the woods.”

Hurin saw a figure moving with the corner of his eyes.

“No,” Hurin said as if he didn't want to save him. He wasn't sure what to do, he was lost and panic stricken. Maybe he just didn't have the guts to save his brother, nor stop this dark figure. If only he had seen him one more time where he wasn't trying to kill him, talking like he might never see him again. Rather than sitting on the wet ground feeling sorry for his brother, Hurin stood up, brushed the dirt off his tunic and headed towards the woods. As he stopped for breath he could still just see the castle. Oh how much he wanted to be back in his luscious king size bed, eating expensive food. But he had to find his brother first. Hurin could now start to see the outskirts of the dark forest; sweat started to cascade down his hands in fear of the figure.

Hurin was now on the final stretch of the footpath leading towards the woods. Now it was tenser than ever; the trees were like statues in the bitter cold. His knuckles strained with fear, as he placed a strong hand on his sword. Suddenly a figure stepped out the woods holding a sharp blade,

“Who are you?” Hurin trembled.

“Your worst nightmare” the figure exclaimed.

Hurin jaunted towards him and swung his sword at him. The figure pounced back at him making Hurin trip over and bang his head on a rock. It all fell silent across the woods, and the dark figure dragged his unconscious body into the forest.

Hurin woke up feeling dazed, and to find his body tied to a scraped tree. He thought it was the end; he should have never come. In all the rush, he forgot his brother,”I have to get out” He started rubbing the rope on the tree in hope that it would snap.

In all his amazement, it broke. He grabbed a log to defend himself. Then, he saw his aggrieved brother on the floor of the forest.

“You thought you could escape me,” the dark figure whispered. Hurin threw a log at the figure causing him to fall back, and this gave him a chance.

Hurin took his chance, and grabbed his brother:

“Come on peter we have to go!”

The two brothers ran side by side for dear life, and for the first time Hurin felt like he had a brother after all these years.

Hurin glanced back to see no one. “We can stop,” Hurin said gasping for breath. The castle was now in sight although Hurin could not describe his happiness he couldn't help but feel awkward with his brother.

They finally got to the castle, and as they walked through the tattered wooden gates everything fell silent. Every person who saw them stood plastered on their feet and stared at them as if they had come back from the dead; or they whispered to each other seeing the two brothers side by side.

“Wow, I don't think so many people have stared at me in my life,” Hurin exclaimed in shock. He and Peter went down to the dining hall.

Hurin was excited. He didn't want to ask about the ruby just in case.

Peter said in a soft voice: “I wonder what happened to the figure?”