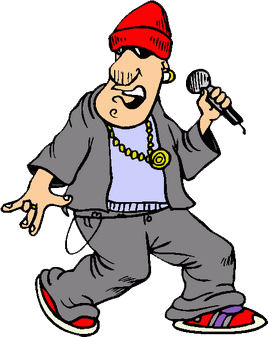 “The Unspoken Courtesy” is one of the outstanding stories of the first biannual International Short Story Contest 2017 written by Prasang Agarwal, India.

“I need this deal.” The underground MC brushed the beads of sweat forming on his forehead with his already drenched sleeve.

The emotion filled scream faded away, replaced with the urgency invoking sound of his fidgety fingers doing tap dance on the table, as no one spoke a word for a few awkward minutes. It was getting ominous in the small home studio, the tiny size of the room enhanced by the amount of stuff present in it, completely packing it like the afternoon avenues in Times Square. But the stuff wasn’t just things you find in a hardware shop, it was related to the MC’s dreams, emotions, his friends and parents, but most of all the pressure of all his loved ones’ hopes on him, resting upon his back like a water balloon.

The most basic stuff like a microphone, a pair of headphones and a cheap cell phone was all he had, to do what he did best, record his thoughts by making words rhyme and saying them out loud, which others called rapping. “What is rapping?” was the thought that entered Jerry Quinn’s mind as a kid, when he had first heard the term. The question remained with him for quite a long period of time, and still remains, like an unsolved case.

It may sound too simple a question to the veterans, and especially to google and other numerous sources, including established rappers, with a million different but practically same definitions of the term. And indeed, the simplicity of this term is uncontested. But, Quinn had created, or rather evolved the word to a different level. He didn’t think of it as an obscene bragging platform, or how many rappers you think are beneath you, or how many rhyming or metaphoric skills you say you got.

To Quinn, it was just like an ordinary, yet beautiful, modern form of poetry. But unfortunately, there were less of those who agreed with him.

“I desperately need this deal, bud. There’s no way out of this and if this don’t work out my parents are going to throw me out into a 9 – 5, and you know I’ll choke, I wouldn’t manage to survive.” Trent chuckled, trying to contribute his part to lighten the atmosphere of the place, though completely accepting the bitter truth in the words Quinn just spit out in the flow.

“Same old Terry,” was all he could think of. It was Terry’s last night in the States; he was flying to Paris the next morning, and would stay there for a while. He wanted to meet Quinn once before leaving. He too was a rapper, with the stage name ‘Faze-in’, but unlike Quinn, he was an established artist, with millions of fans spread over the globe. But their careers never came in the way of their ten year old friendship, which they both cherished. They admired each other’s work. Quinn had recently released his third mix tape named ‘Daydreaming', but the record label company had already rejected his first few tracks. It wasn’t that Quinn didn’t have it, the talent, but his voice was playing the alligator’s part, preventing him from crossing the river, or the stage he was at, and winning his life’s race with himself. He was going to get his reply from the company soon.

His parents had made it clear that if this time he got rejected, he would have to forget all about this rap scene. It was the day of his life, and the reply from the company could kick start his career in the hip hop industry, a whole new world, in which he could never stop learning; or all of his talent, the efforts, the late night hours he chipped in, the rush of adrenaline at making a killer line, the dream, could go down the drain.

“Guess I’ll roll now, bud. Its past 12”, they stood up at the same time, after quick pats on the back, Terry drove away into the faint but deceiving mists that had begun to roll in at the late hour, leaving Quinn in his calm confines, hoping that the solace would work as a boon rather than a curse.

“Send him in,” barked Mr. Matthews into the mouthpiece as usual, but with a hint of mischievousness this time.

The assistant cursed under his breath and felt fortunate that the glass of the small square cabin where the man was seated was shatter-proof.

Jerry Quinn pinched his arms till it hurt and rubbed his eyes twice after he had walked in that room and had been seated for a minute. The curt replies and the sharp attitude Quinn assumed could be

considered “hospitable”. Fists had been clicked, a corona had been ordered and he was actually being heard by the middle aged man. “I didn’t know you could change your voice in such a short time, bud. And you know what, you just sound like that Terry guy,” he said. “Huh, what are you talking about?” Quinn responded, taken aback.

“Now, now, don’t play modest with me. You will get the label and I will send you the details,” Matthews said, leaving the room. The words were like a lullaby to a tiny tot, relaxing, relieving and a feeling of accomplishment after a long journey, full of unimaginable endeavours. But he was bewildered about the man’s comment on his voice. He was about to get up when he saw a note, lying on the ground. He picked it up, astonished and started reading it. It went-

“Hey Mr. Matthews. I just wanted to let you know that I am sending you the new version of the album which I had just sent you. It was actually an old one. This version is the new me, and judge me on this. Your assistant will pass the new CD to you. Sorry for any inconvenience caused.

It took a few moments, but the fact dawned on Quinn, when he recognized the handwriting, he was too dazed he sat down with a thud as Terry’s letter flew out of his hand. Terry was the only one who had the editable copy of his recording.