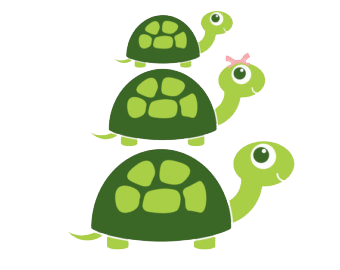 “The Tortoise Family” is one of the outstanding stories of the first biannual International Short Story Contest 2017 written by Emire Barış, Turkey.

Once upon a time there was a family of tortoises living in a small forest. The youngest of this family was Jack and the oldest was Jack’s grandfather Thomson. Jack loved his grandfather very much. Since his mother and father would go to collect food, he always stayed with his grandfather at home. Sometimes they played games together and sometimes they talked about Thomson’s memories. Jack had a lot of fun with him. But Thomson was getting old. As he got older, his disease was progressing.

Jack got some water and food out of the house one day and went out. He walked into the forest. The forest wasn’t big, but it still took a lot of time. But he was determined. Dad had promised to heal him. He collected every healthy herb in his bag. He was very tired. He put his head in his shell and he fell asleep.

Jack woke up from his sleep to find a wolf sneaking up to him. Jack ran as fast as he could. He came out of the forest and entered another one. He was frightened again when he saw three tall giraffes. He did not forget to collect the grass from wherever he went. He was really tired again and needed good rest, so he decided to go back home.

Finally he arrived home. But when he came home he was very sad. He had not made it. Jack’s grandfather died before he came. This death effected Jack and his family very much.

His father was so upset that he fell sick too. Three days passed after Thomson’s death but Jack’s father became sicker. The grass he collected for his grandfather was still in his bag. He opened his bag and took out all the grass, the recipe for the blend was written in his grandfather’s book.

Jack got the book right away and started to brew the medicine. He struggled to make the mixture, all day long. Something was missing, but he couldn’t understand what it was. He finally found what was missing. But it was just in another forest. Jack took some water and food from the house and travelled to the forest. After walking around for a little while, he found the grass. He collected it and set back home.

As soon as he went home, he added the grass to the brew he had prepared earlier. He gave the medicine to his father and made more to give him every day. His father used this mixture for a week and finally he was healed and the three of them continued their lives together, in happiness.