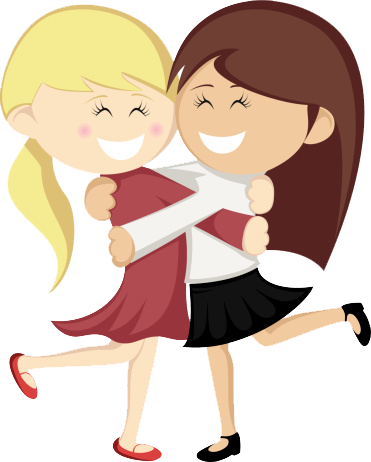 “The Torn Picture” is one of the outstanding stories of the first biannual International Short Story Contest 2017 written by Ciara Higgins, USA.

“Trust me, Camp Oscarson is the perfect camp for you.” Mom was already opening my suitcase on the bed. “Just because it’s a girls’ camp, doesn’t mean I’ll like it!” I replied irritably. The summer holidays had just begun, and my parents were sending me to some weird camp in the middle of nowhere. Talk about unfair.

Mom had a list of things I needed for camp. Glancing over her shoulder I noticed a few strange items. “Insect repellent? Why do I have to bring insect repellent? And why do I need this shower gel? Don’t they have it at camp?” I was starting to worry about the hygiene at the camp.

“Slow down!” Mom laughed. “Do you really think Camp Oscarson can pay for shower gel for every single girl that goes there? Everything is fine!” Mom had no idea how wrong she was. This was by far the worst day of my life.

Gritting my teeth, I stomped over to my closet. Even if my parents were forcing me to go to Camp Oscarson, I was not going to let my mom choose my clothes. The last thing that I needed was to come to camp dressed like puke.

. When I arrived at Grand Central Station, I went straight to Platform 12, like dad had told me to. Sure enough, there was a woman waiting near the entrance.

The woman holding the sign was a plump lady with rosy cheeks and flaming red hair. She had a rucksack strapped over one shoulder, which seemed to be overstuffed. She was beaming at me.

“Hi! I’m Lola, one of the Camp Oscarson Counselors. You must be Lavender Mason!” the woman called. It definitely sounded like fake excitement in her voice.

Groaning, I trudged towards Lola, lugging my suitcase along with me. Just as I reached her side, a loud whistle filled our ears and the train sped into view. “This is our train!” Lola shouted happily above all the noise. “The one that’ll take you to Camp Oscarson!”

Five hours later, I was laying my suitcase on the bottom bunk of the bed closest to the cabin door. The cabin was on stilts, only had one window and was shared between eight of us. It was forty paces from the outdoor bathroom which was also used by three other cabins. I had expected it to be bad, but I hadn’t expected this.

“Hey, what’s your name?” I looked up and found a pale, blonde girl was hanging over the side of the bunk above me. “Lavender Mason, you?” Despite my initial feelings toward camp, I was interested to see where this was going.

“I’m Amy Mulligan. This is my first time at camp. Have you ever been here before?” She gave me a quizzical look. “No,” I answered, opening my suitcase. “And I wish it could have stayed that way. I would never even be here if it weren’t for my parents.” I sighed as I took out my pyjamas.

“Seriously? Same here!” Lily jumped down and stood in front of me. “My dad came here when he was ten, so he thought I would like it too. I didn’t want to go, but they just ignored me and signed me up right away.” Lily grinned. “I thought I’d be the only one here who didn’t want to come!”

“So did I,” I grinned back at her. “My mom was looking at all her old photos from when she was at camp. She got all excited and said that I should definitely go. She just had to find the website and she’d sign me up, right away. The only thing I had a say in was what clothes I was going to bring.” I nodded towards my suitcase. Then I grinned again. I had actually found a friend at camp.

I woke early the next morning and dressed silently. When I went down to the outdoor bathroom, Lily was already there. “Wow, Lily,” I said, closing the door behind me. “I didn’t expect to see you up so early.”

She turned around, still brushing her teeth. “I ontedoo et a ery art oo uh ay.” she replied through a mouth full of foam. I gave her a funny look. She spat into the sink. “I wanted to get an early start to the day.” She shrugged and rinsed her toothbrush under the tap. I shrugged back at her. As I took out my toothbrush, I realized that Lily might just be the only thing I needed to survive at camp. That and stylish outfits.

It was the first day of six weeks at camp, so we got to do whatever we wanted. Me and Lily decided on going swimming. Lily’s swimsuit was peachy-orange with Caribbean blue flowers. When I told her it was fabulous she just blushed and turned back to her suitcase.

She reached into it and pulled out a drawstring bag. As she did this, something else fell out and fluttered to the floor. It was a photograph, one that had been torn in half. I picked it up and looked at it. My mouth dropped open.

“That’s my mom!” I exclaimed, pointing to the picture. “What do you mean?” Lily asked, turning around. She had a perplexed look on her face. “I mean this is a picture of my mom!” I said, waving it in the air. Lily snatched it back and inspected it closely. Suddenly, I had an idea.

I spun around and started rummaging through my suitcase. Soon, I found what I was looking for. An old photograph. One that had been torn in half.

I grabbed Lily’s photo back and laid it beside mine on the bed. It was unmistakable. These were two halves of the same photo. Lily’s mouth was open now.

“T-that’s my dad!” Lily pointed a quivering finger at my half of the photo. She looked even paler than usual. I stared at the picture. It was of my mom and Lily’s dad. They had their arms around each other and they were smiling at the camera. I thought I saw something on Lily’s dad’s cheek. It was the same colour as the lipstick my mom was wearing.

Lily seemed to be thinking the same thing. “Were our parents a... couple?” she asked slowly. I didn’t reply. Instead, I turned back to my suitcase and fished out some cello tape. Carefully, I stuck the pieces back together. Once I had finished, I turned the photo over in my hands. There were words scribbled on the back.

“ ‘No matter how far apart we get, our hearts will always be united at Camp Oscarson.’ ” I read aloud. No matter what our parents had thought, I knew that was just disgusting.

“Wait a minute,” Lily started, breaking the silence. “If this is a girls’ camp, then how did my dad get here?” Suddenly, I remembered all the boring things mom had told me while I was packing. “This place only became a girls’ camp 6 years back!” I exclaimed. “They must have come here before then!”

Lily sat down on the bed, her head in her hands. “What do we do now?” she mumbled. I paused, and then a mischievous grin spread across my face. “Well, it’s the first day of camp, so we can do whatever we want!” I grabbed her hand and raced out of the cabin.

Chapter 5: The End of Camp

“You’ll write every month, promise?” Lily held up her pinkie. “I swear on my life.” I replied, hooking my pinkie around hers. We were at the train station, and our good-byes had already taken 15 minutes. Lily was taking the train to Louisiana, so she would be leaving first.

In no time at all, Lily’s train sped into view. Tears in her eyes, she turned around and hugged me before stepping onto the train as the doors clanked shut.

Five hours later, I was greeting my mom at Grand Central Station. “Did you have fun at camp?” she asked, smiling at me. “Well, I didn’t meet the love of my life,” I started. Then a huge grin spread across my face. “But I did meet the daughter of the love of your life…”