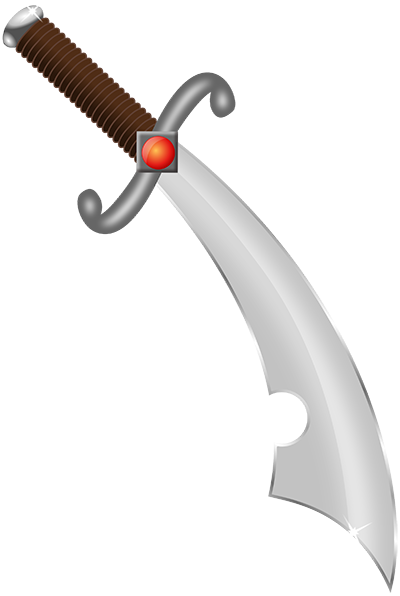 “The Tale of Sinbad” is one of the outstanding stories of the first biannual International Short Story Contest 2017 written by Giulia Monda, Romania.

The Tale of Sinbad

One rainy night, in a poor village, a huge storm lashed out and all the people left the village. In one small house there were three people, two women and a man. One of the women was pregnant and delivered a baby on that night. After the child was born the Gods knew that as the child was born in a very dangerous situation he would have a very bright future. He was named Sinbad by his mother.

Years passed and Sinbad's father was sent to war, but he passed away not long after being sent out. At that time, Sinbad was a teenager. His mother got sick and he had to travel to other villages to earn money for medicine, food and clothes.

There was something strange about that traveler. He was wearing green clothes and a big green hat. He also had long blonde hair and a wooden rod.

They arrived at the village, Sinbad heard screaming. There were some women that were robbed by thieves. Sinbad ran to save the women. The traveler saw that the thieves had swords and tried to warn Sinbad, but he did not hear him. Sinbad ran to the thieves and beat them down. Sinbad had years of practice in combat.

The women offered him food and money, but he did not take any of it. After the fiasco ended, the thieves were arrested and Sinbad and the traveler left the street and headed to the shopkeepers. Sinbad had business with a merchant. He told the traveler that he could help him move the barrels. That was Sinbad's job until then. When they finished the work, they headed to a diner where they ate and spoke to each other.

Thank you, mister Sinbad! I couldn’t have survived without you!

It’s alright! I wanted to ask you something.

You have never told me your name.

Nice to meet you, Ciel!

Then, Sinbad shook hands with Ciel and felt something very powerful.

After they had eaten, they parted ways. Ciel said that he had some business to do in the Reim Empire, but before he left he said:

I predict that someday our destinies will meet, Sinbad!

Sinbad did not understand what he meant, but he thought that Ciel had drunk too much wine. Sinbad was on his way home when; the woman that was taking care of his mother came with tears in her eyes. Sinbad didn’t even ask the woman what had happened and ran straight to his house. He found his mother lying in her bed, hardly breathing and with her eyes closed. He ran up to her and held her hand.

We will find a doctor!

You know that the closest doctor is at five villages away.

Sinbad, my son, please, take your father’s sword and go, live your dream!

What are you talking about? What sword?

Take a look in the box in the corner of the room.

Sinbad got to the box and opened it. In it was indeed his father's sword.

Take it and live your dream! I love you, Sinbad!

Those were her last words.

After his mother's death, Sinbad left the village and promised that he would build a kingdom where no one would have to fight a war or starve to death. He said that everyone would be free to come to his kingdom and that he would achieve that dream.

After all, I had promised my mother that I will achieve my dream!

He first proposed himself to travel to a small tribe named “Korudo”. The Korudo tribe was well known for its strong warriors and for the cold temperature the tribe could survive in. There, he met a man named Tsuyoi and his sister, Erza. Sinbad told them that he was about to build a new and free kingdom and that he wanted to be friends with the Korudo tribe. Tsuyoi thought that Sinbad was very confident and strong. He told Sinbad that he would help him on his journey and would journey with him around the world. Tsuyoi was engaged and had to ask his wife if she would let him go with them. She accepted and all the people from the tribe built them a ship to travel to the other locations that they had to go.

After a long journey by the ship, Sinbad and his friends arrived at Nitto. Nitto was a big city of knights. There, Sinbad met their “King of The Knights”. Sinbad tried to talk to him but he was an arrogant man. Sinbad challenged him to battle and he made him promise that he would listen to all that he had to say if he won. In the end, Sinbad won and Dokuritsu (that was his name), listened to all he had to say. Sinbad convinced him and Dokuritsu swore that when Sinbad's Kingdom was built, he would live there, together with him. Dokuritsu's son, Ares, begged Sinbad to take him with him. Sinbad left the city of Nitto with another strong friend and with a successful alliance.

After he left the city of Sasan, he headed to another nation named “Josei”. The city was famous because it was a city of women. There, Sinbad met their queen, her name was Anna Kuin Josei. What Sinbad didn’t know was that the queen hated men. Sinbad was exiled with Tsuyoi and with Ares in a big canyon to die. After days of eating small fruits that were growing in the canyon, they found an exit. One day, a big piece of meat was thrown in the canyon. What I didn’t tell you was that the women from that city were flying on enormous birds.

Every day,they threw a big piece of meat that a bird would pick up and bring back up because there were jeweles and gems in the canyon that the city needed and when the meat fell on the jewels, they stuck to the meat.

That was their way out of the canyon. They jumped on the bird and landed on the ground. After they showed up to the queen, she listened to what Sinbad had to say. After that, she agreed with him and send with him one of her oldest daughters. Another victory for Sinbad.

After five years of searching, Sinbad found a deserted island and transformed it into a big and rich kingdom. All the allies he had told him that he should be the king and that he should name his kingdom. Sinbad, I mean king Sinbad, named his kingdom,’The Kingdom of Sindria’.

After he became king, Sinbad met a girl named Kami. They fell in love and got married. They ruled over Sindria and lived happily ever after.