Story Contest 2017 #1 - Outstanding Stories » The Story of the Dodos 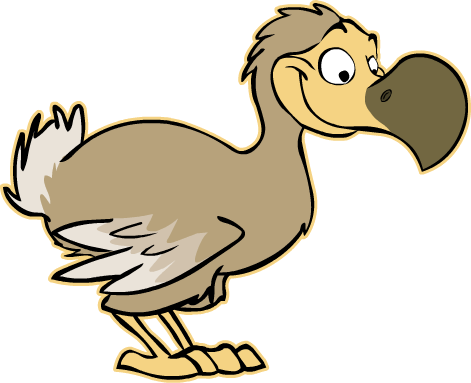 “The Story of the Dodos” is one of the outstanding stories of the first biannual International Short Story Contest 2017 written by Prachi Agrawal, Ireland.

The Story of the Dodos

A thousand years ago, there was a land covered in the finest selection of carnation flowers; their tightly packed, fringed petals of white, yellow, pink, and red lazily nodding against the breeze. The flora and fauna was as strongly bond as ever in this mysterious land. The sunlight was bouncing off the trees, the sweet and savory aroma wafted through the cool spring air and the flimsy twigs quivered at every scurry of an innocent creature. The woodland seemed ominously quiet though.

And amongst all this enticing scenery, there stood an opulent canopy of evergreen trees. A majestic honking could be heard from behind the lush clumps of leaves and every now and then, a cluster of grey feather would extend from behind them.

One fine autumn day, when the kingdom hidden in the canopies were still asleep, a terrible thing arose in the moorland. Some creatures unknown to the land were approaching! Every last creature had always lived peacefully with no disturbance until now. All the creatures hid behind the trees fearfully waiting for the war to begin. The marching got louder and louder until the intruders set foot on the marsh.

‘Quieter than we thought, eh boys?’ the leader sneered. The leader wore a rich, dark brown fur coat, and a distinguishing beige throat patch. He had an army of a 100 pine martens, he being the tallest of them.

‘We’ll start with a nice buffet over on those petite berries, then we’ll see about invading this as our territory and –‘

Just then the pine martens heard a rustle from the trees before a deep voice said ‘Halt, young trespassers.’ The pine martens swiveled around to see a bird with grey feathers on its plump body and a tail with silver plumes sprouting out and short, thick legs ending in 4-toed feet with shiny black claws. But what the pine martens were now staring at was a large hooked beak, rather pale yellow in color on a calm looking face.

‘You must be the pine martens of Redwood?”’ the bird asked in the same calm voice.

‘We are indeed, you filthy bird and who must you be?’ the marten snapped harshly, disgruntled by the sudden appearance of the bird.

‘I am the king dodo of the merry land of Mauritius’ he slurred, ‘I must indeed ask what you are doing in our territory young marten’ the dodo said with a hint of sharpness in his voice now.

‘We? Oh we are here to, um,’ the leader started trying to hide the panic and alarm in his tone, ‘We are here to invade your land’ he said puffing up his chest as he managed to wear his sneer again. ‘Scared, are you, little birdie?’ he mocked the king in a babyish tone, flapping his imaginary wings and falling deliberately on a stone as the army billowed with laughter.

‘I am going to say some words before you attack’ the dodo said coolly, simply ignoring the fact the pine martens were still sniggering.

‘You can try and fight the invincible army dodos or walk away with peace and no violence’ the king said. By now a crowd of magnificent dodos were clustered behind the king, all wearing astonished faces. Also a few of the pine martens had started scurrying away until the leader burst out suddenly,

‘WE ARE NOT SOME COWARDLY LITTLE SQUIRRELS!’ he roared, his face a shocking shade of magenta, ‘IF A WAR IS WHAT YOU WANT, IT IS SURELY WHAT YOU WILL GET YOU DODO‘

‘It is not my intension to have war young marten’ the king started, before the leader screamed ‘FIRE!!!!’ and a thousand barbed tiny wooden bamboo sticks fired towards the canopies creating a crazy havoc. The dodos hid in the canopies, their bulky bodies disappearing in the trees.

The king whispered instructions to an army of dodos and the little creatures scrambled into safer shelters to protect themselves from the war they had feared. But the dodos were not attacking at all. It seemed like a year or a month or a week before it stopped. Heads were lolling helplessly on the marsh and brown fur and grey feathers were scattered almost everywhere. The remaining warriors were panting breathlessly and some were too injured to talk.

The pine marten leader stood up, leaning on a tree for support. ‘Now are you – ouch! – Ready to – umph – give this land to the m – ouch! - martens?’ he panted as he twitched and shrieked in pain.

‘We had those arrows made by the sharpest wood in all of Redwood!’

The dodo king smiled. ‘Foolish, young martens, just like humans.’ He said, shaking his head, showing a big blue bruise at the side of his forehead. ‘We are one of the last group of dodos in the world,’ as he emphasized the word ‘last’ with sheer pride, ‘Humans ran after, ate, took feathers and killed our breed,’ he whispered as the pine martens exchanged confused expressions. ‘But they never found out our deepest secret. We are the wisest creatures in the world. We know the art of avoiding things we know are bad. We know war is bad, we know peace is good.’

‘B-b-b-but how did you a-avoid our a-a-arrows?’ spluttered the pine marten.

‘We didn’t avoid your arrows. We avoided your war. As I said before, we didn’t want war. You wanted war, and I hope you got war, but you lost peace. Already, humans have spread disharmony across our beloved earth, and now we are destroying our homeland too. You can count us as pine martens and dodos but I count us as nature. Nature is a place of joy and beauty and a place of mysteries and secrets. Today, this land can be well and truly yours, but tomorrow any creature can come and demand war again. In this way the most important thing we will lose is – our earth. We have to learn to co-exist in peace and love and we all have an important job to share the world with harmony. We are part of a place so magical, if you lose it you’ll regret it with your heart. We’re part of the land of miracles and illusions. Of course, you can take our land but when you think about it, it’s another bit of the world where peace is no more. You pine martens won nothing but dishonor to the earth.’

The pine martens were touched and appalled by the speech, but ashamed to admit and agree, they started to scamper, limp and run away from the sight before the king smiled and said ‘Farewell, young martens - you have a lot to learn’, before vanishing into the canopies.