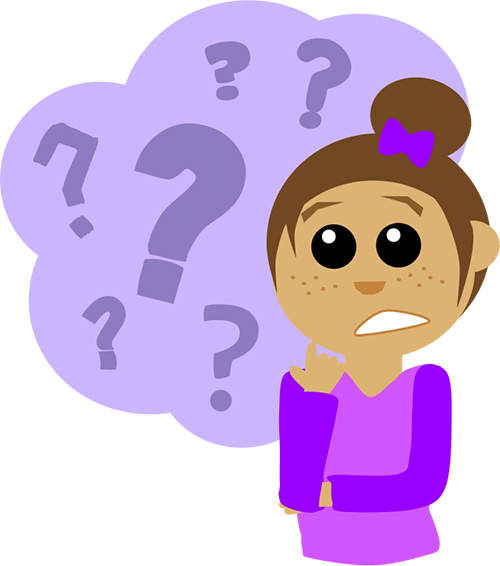 “The Séance” is one of the outstanding stories of the first biannual International Short Story Contest 2017 written by Sreya Roy, India.

On the table lay a jumble of unusual objects. There was a copper cross, some coins, a small parchment that had script written in an unidentifiable language, and a pencil-holding aperture that was empty. There also was a picture of a girl. Looking closely, I realized that the girl was around my age. She was smiling in the picture. There I was, standing in the garage of our school, searching for our badminton cork, when I came across the table with such unusual objects put together. It took some time for me to realize that someone had held a séance in this room and the objects were a part of a planchette table. How come nobody ever spoke or knew about such things happening in school? I shifted the objects around. I generally hold great excitement for anything related to supernatural beings, but finding myself alone in that place, I was scared. I had heard many things about séance. I knew that you don’t see the spirit that you are calling or hear it talk. It just makes you feel its presence through the movement of the coins. It is just a creepy feeling that lurks in the dark side of our heart. As I touched the cross, there was a searing pain across my forehead.

Suddenly, I heard a sharp shriek behind me and quickly turned around to see our Geography teacher, Mrs. Mazumdar, heading towards me. She came so close to me that I could see the wrinkles in her face. Suddenly, she said, “Oh! It is you”. Her expressions changed completely. She then went around me to the table and organized the objects that I had shifted. She lit a candle and sat down. “Sit,” she said, ordering me to take the chair that was opposite to her. I felt nervous, but thinking that it is better to be with a teacher in a scary place, I took the chair. Then, she held the photograph of the girl in one hand and the parchment in the other. Closing her eyes, she began chanting something. Her actions started scaring me and I realized it would be better to leave the garage immediately. I tried to get up, but an invisible force held me tightly in the chair.

Mrs. Mazumdar suddenly became quite. She did not open her eyes. “Ma’am” I said. Mrs. Mazumdar opened her eyes. They were bloodshot. I was too scared to say anything. She placed her hand on the fire of the candle and it extinguished. It was not completely dark but I could not see things very clearly. Suddenly, a hand stretched out from nowhere and caught my throat. I struggled but could not free myself. The hand was tightening its grip; I could not breathe. I felt my eyelids becoming heavy. After that everything became a total blur in front of my eyes and I felt myself falling onto the cold hard ground.

I opened my eyes and found myself still lying on the ground; moonlight was flooding the room through a small window. I could feel the heavy weight of something covering my eye. I quickly tried to move it away, but it somehow wouldn’t budge. To my horror, through the other eye, I could see the shadows from the moonlight, of the hundreds, if not thousands, of the other tarantulas covering the wall of the room. I tried to scream as loudly as possible, but my voice was stuck in my throat and I was too terrified to move. The worst cramps I’ve ever had, had set in on my muscles. I felt my arms twisting and my ankles popping. But just at that moment, the pain faded away, and all the tarantulas, including the one on my eye, scampered outside the room through the small window.

I breathed a sigh of relief, climbed to my feet and suddenly remembered what had happened previously. I was in the garage room of my school, Mrs. Mazumdar suddenly caught hold of my neck, and I fainted. But then how did I reach this room? Where was I? And how did it become so dark outside? As these questions flooded my mind, I heard a scream that made me look behind.

“Who are you?” asked a girl, maybe fifteen or sixteen years old. She was just so horror-struck that she couldn’t take her eyes off me. “What are you doing in my farmhouse, and why do you have blood all over yourself?” she asked.

“Blood?” I said. Then I looked at my hands, my legs, my stomach, but there was no sign of blood anywhere. “Looks like you have been hit with a sharp object.” she said. I stared blankly at her. Seeing my confused expression, the girl said, “I am a clairvoyant. You are not supposed to be here. Go away and never come back because next time I won’t be able to save you”

Then I felt a sharp blow on the back of my head. As my knees hit the ground, I heard a very familiar voice saying, “Even you have come to curse my daughter, haven’t you?”

I felt a cold hand on my forehead. I opened my eyes to see Priyanka. I was kind of happy to see my best friend. “Hey? Are you alright? You were muttering like crazy in the Geography period and then you just fell off the chair. Mrs. Mazumdar told to me to take you to the sick room.” Hearing the name of Mrs Mazumdar, I sat up in the bed with a start. “What happened?” Priyanka asked with concern.

“I don’t know what I dreamt was real, but-” and I narrated the whole story to her.

“And that’s how it ended.”I finished. I saw tears in Priyanka’s eyes.

“Today Mrs Mazumdar didn’t teach anything.” Priyanka said, looking out of the window at the sky, which was almost reddish-yellow, due to sunset.

“She was speaking about her daughter.” Priyanka replied. My blood froze.

“How did she die?” I asked, still shivering.

“She committed suicide. Actually, she was a clairvoyant.”

“A Clair-what?” I remembered that little girl saying that word too.

“A clairvoyant. One who has the ability to predict the future.”

Now I understood what that girl meant when she said that I had blood all over my body, and it seemed as if I had been hit with a sharp object. Maybe she had a premonition that I was going to be hit.

“Well,” began Priyanka,” She was a clairvoyant. She could predict days before when someone would die, when someone would meet with an accident, and so on. Other girls of her school did not talk to her. She didn’t have any friends. Soon she grew up, and in her teenage years, suffered from loneliness and depression. People began accusing her of all the deaths that happened in her neighborhood. They cursed her, treated her badly. She couldn’t take it anymore and committed suicide.”

The room was filled with a hollow silence.

After a few minutes, Priyanka said, “Poor Mrs. Mazumdar. Doesn’t know anything about séance, but still …”

I wasn’t able to sleep that night. Every time my eyes were heavy, I remembered the dream and the spirit. Mrs. Mazumdar’s daughter’s words echoed in my ears. “You are not supposed to be here…Go away and never come back, because next time I won’t be able to save you…”