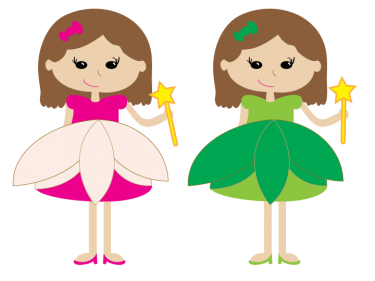 “Johny - My Hero” is one of the outstanding stories of the first biannual International Short Story Contest 2017 written by Khadija Areej Muhammed Asif, Dubai.

But shortly after their birth, the Queen was forced to send the twins in a faraway otherworldly non-magical place known as Earth. The queen had to take this heartbreaking step for the twins’ safety, since an evil witch was after them for their magic. And the queen couldn’t defeat the evil witch alone, so she sacrificed for her daughters’ safety by separating them from herself.

But after they were sent to Earth, Queen Linda never heard anything about them, and eventually, as the years passed by, she started believing that her daughters were no longer alive. And tragically, on their journey to Earth, Tia and Tamera got separated. Tia was adopted by a wealthy couple while Tamera was adopted by a single mother. The twins stayed unaware of each other's existence.

One day, as Tia was heading home after school, Tamera was, coincidently, on the same street, and they bumped into each other, and as they glanced at each other, the 2 girls started screaming! They were terrified seeing somebody else with the same face as theirs!

But soon, they figured out that they were twins who were separated and adopted.

After some struggle to accept the truth about them being twins, Tia and Tamera finally decided to meet up. As the sisters sat together learning more about each other, they discovered that they shared similar amulets and had special powers! They realised their powers would grow stronger as they joined their amulets together. They spent the next couple of days practising their powers to master them.

They then decided to set out to find their birth mother, but after days and days of searching in vain they had given up.

One evening, Tamera decided to go to Tia’s place. Tamera was looking around until she came to a closet. She felt she heard someone call her name from inside, so, curiously, she went closer and closer to find what was beyond the door. She opened it and entered a whole other world. Tia followed behind her.

On the other side, they were greeted by a dwarf who guided them to a strange path, saying that it would lead to them to their mother - when actually, it was the path to the wicked witch! However, since the girls were eager to meet their mother, they continued on the path but they ended up in the evil witch’s trap. She captured the twins in a cage. She told them to say goodbye to each other, as she was going to destroy them forever so that she could harness their powers!

As the twins were in trouble, their magic amulets shined bright, informing their mother of their condition. The mother was shocked to know her daughters were alive! But now that she had found out that not only were they alive but that they’re in trouble she rushed to their rescue.

She cast a spell on the evil witch, but she failed in bringing her down. The only way to defeat the evil was if the twins and their mother cast the spell together in unison. And so they did and defeated the evil witch.

The twins Tia and Tamera returned to Acarex to live with their mother happily ever after.