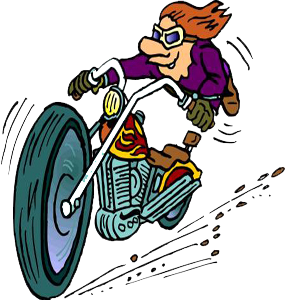 “The Race of Decisions” is one of the outstanding stories of the first biannual International Short Story Contest 2017 written by Rithvik AyeraJothi, India.

The Race of Decisions

This is it. The final. Thomas Henderson just needed one more win to grab the World Superbike Championship. All he had to do was to push his bike to the finish line with everyone else biting the dust. He was part of the Honda Superbike Championship team. His bike was painted in a gorgeous white with bright advertisements from sponsors. You could get a glimpse at the stainless-steel engines with the golden colored turbines. The sound of the engine was like a roaring lion and the mammoth wheels were as black as tar. In its stationary form, it was as docile as a cuddly rabbit. But on the track, it was as fast as a cheetah bounding after its prey. Thomas’ last five races were wins thanks to this beauty, and because of his prodigious skill and effort. He had caught up to his rival on wins and was now at a tie with him. Now if he won this race it would be the turning point of his career, but if he was not victorious, his dreams would be shattered. Bearing all this in mind, he drove his bike to the start of the race where it stood gleaming in the sun, ready to go.

His heart was in his throat as the lights started to come on. Five, four, three, two, one! Thomas closed his eyes as he got ready. Go….! He opened his eyes and cranked the accelerator to the maximum level. The bike lurched forward leaving Thomas’ nervousness behind. “Let’s do this!”, he whispered as he weaved in and out amidst the other drivers. He was a knight and his bike, his trusty steed. Together they fought through the demon of racers to the princess named ‘The World Superbike Championship Title’.

He was doing well, lapping several other racers once or twice. He was in the first place with his rival right behind him. It was the last lap when Thomas did something that he would never regret. He stopped!

He was heading to a point where television footage was impossible and paramedics were unavailable. He was just about to lap another driver when the driver’s bike hit a stray rock and it bucked him off. The driver flew almost 10 feet into the air and landed headfirst with a sickening crunch. Thomas knew that was life threatening as he held a degree in medicine besides his racing career. He only had a split second to choose which to save: A life or his title; personal glory or a family’s happiness. Deciding that the driver’s need was greater, he slammed the brakes as hard as he could.

He stopped his bike on the grass and wheeled the bike lying on its side onto the grass. Using his immense strength, Thomas lifted the driver and placed him on the grass. He pulled off the driver's gloves and started checking for a pulse. The clock was ticking and seconds were slipping by. There was no pulse to be found. But he knew there was still hope. He pried off the driver’s helmet and removed the safety protectors around his neck. Pity they were useless! Thomas had only one choice, and that was CPR. A few bikes passed them but he didn’t care. This man’s life was more important! This man’s life was slipping away! “Push and blow – again – one more time, come on!” Thomas was muttering to himself.

Suddenly the driver’s chest heaved up as if he was suffocating. Thomas desperately checked for a pulse and found it. He clambered onto his bike, raced to the finish line securing fifth. Though his team was furious they understood the situation and informed the ambulance and the paramedics. They knew he had saved a life but he had thrown away a year’s hard work. The team was dejected but they knew there was always next year.

Two weeks after the miserable incident, Thomas received two letters, one from the hospital stating that he had managed to save the driver Percy Potter from his brush with death by performing CPR and the other was from Percy’s family thanking him profusely for saving Percy’s life. He smiled. “Maybe it wasn’t such a bad choice after all,” he thought. He was glad his doctor instincts took over.