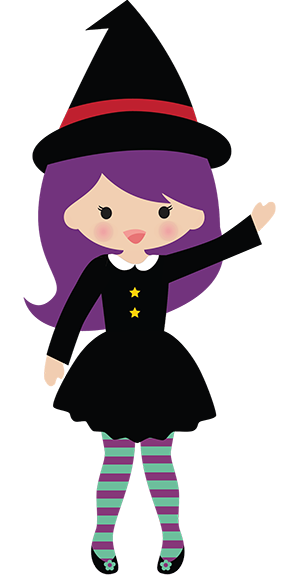 “The Preserved Power” is one of the outstanding stories of the first biannual International Short Story Contest 2017 written by Hamna Ali, Saudi Arabia.

Hannah was exhausted. She had worked so hard to gain powers today. The air was cold and she shuddered in its grip. She just wanted to take some rest; she switched off the lamp by her bed and fell into a deep sleep.

Hannah dreamt that she was in a dark forest; she was holding a piece of paper, the part of a riddle. She couldn’t understand what gibberish the riddle meant. Suddenly, there was a loud bang, a noise that resembled an attack.

Hannah woke up with a start, it was the strangest dream she had ever had. Maybe it meant something to her current situation with riddles.

“I’ll have to sleep,” she sighed to herself.

It had been only two days since she had joined back at her school. The Quinstin school which of magic. Hannah was a Sinal (the ones who didn’t possess any magic power) and Trichals were born witches and wizards. This was how the students of the school were largely divided into.

“I’m coming”, Hannah quickly freshened up, changed into her uniform and went to the sixth grade common room.

Hannah raised her hand. “Yes please tell us,” he said looking at Hannah. “A simple spell is any spell that doesn’t cause any harm,” said Hannah doubtfully.

The class went on after that. Suddenly the bell rang and the class was dismissed. The teacher left the class and Hannah moved to her next lessons.

The sixth graders went to their class and settled down. The next teacher promptly arrived at the class.

“Today, we’ll be learning about power that can be preserved,” he said. “Open your books at nine and Hannah, you may read to the class,” he said.

“The Preserved Power has been kept secure by a special squad of Guardians for centuries. However, no one has ever been able to get to this power or gain its special characteristics. Preserved power is a combination of seven powers which are: The power to guard, to shield, to fly, to fight, to decipher anything, to reconstruct anything, and it’s a well of wisdom”

“If this power is harnessed by anyone who is not destined to it, it shall vanish off this world. The true powers in it can only be achieved through training of the mind and body alike”

When the class was over Hannah decided that she would find this power and put it to good use. She went to her dorm and used the magic transportation spell.

She was now standing in a dark forest, the same forest she had seen in her dream. Hannah looked around in fear and saw a woman standing a little away from her, “Hello? I come in search of the magical preserved powers. Can you please tell me how to gain them,” asked Hannah anxiously.

“You must solve this riddle first,” said the guardian as she handed the same paper that Hannah had dreamt of.

“I’m something you always have but you don’t often use. Use me, you can accomplish anything. What am I?”

Suddenly, there was a loud rustling noise and to Hannah’s horror, she saw a wicked looking woman appear before her.

“Hello” said the woman’s cold voice. “Come on little girl, tell me the answer to this riddle”, she said.

“Is that so? Then you shall die!!” the woman shrieked wildly. She shot a spell at Hanna’s face and she was thrown off her feet and landed on her back.

As she sailed through the air Hannah murmured with all the strength of good memories in her, “Logic”.

Hannah felt the strength of preserved power in her building up. Now it was Hannah’s turn, she sprang up and shot a spell at the woman. The spell hit her like an arrow and the woman lost all her powers and looked so vulnerable.

Hannah used the transport spell again to return to her dorm at school. Everyone was waiting for her and they celebrated the night in happiness. She had just saved the Preserved power by her heroic act and thus become a guardian herself. Everyone was happy and congratulated her for her show of bravery.