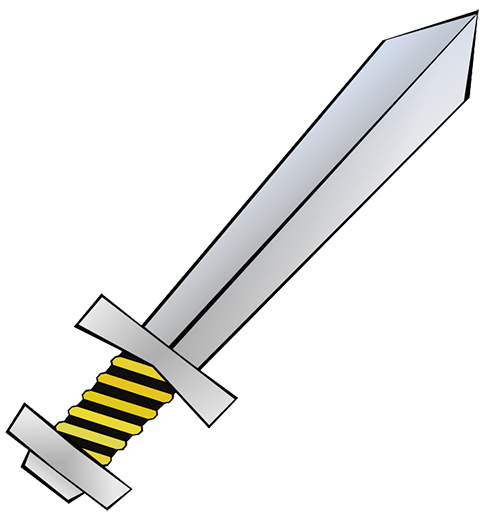 “The Power of the Elemental Sword” is one of the outstanding stories of the first biannual International Short Story Contest 2017 written by Andrei Mateuț, Romania.

The Power of the Elemental Sword

A long time ago, a very wise sensei had many students. He used to teach them lots of ways to fight wizards, rock elemental golems, evil robots, goblins, dragons, skeletons and ghosts. His biggest enemy was The King of Darkness.

This King of Darkness wanted to conquer the world, but the sensei’s students didn’t let him. Their names were: James, Ray, Jim, Jill and May. All of them had special powers. James could stop the time, Ray could bring a dead person to life, Jim could hypnotize people and animals, Jill could transform herself into different animals and May could control the plants.

The King of Darkness has created an army of giant skeletons, giant goblins, dragons and giant spiders, but he wanted more soldiers. He had many plans to conquer the world. After two weeks, The King of Darkness applied his first plan. He sent a gift to the sensei. The students found the gift, opened the box and suddenly all of them were asleep because of the smoke that raised from inside the box. They woke up in a labyrinth. The students had stayed in the labyrinth for three hours, in the opposite wall were the words, “Sky is the key”, they realized that, escaped and went home.

Their base was in the Great volcano, but the road to the volcano was long and dangerous. This road had three dangerous zones. The first was the dragon’s nest. The dragon’s nest was the home of all the dragons in the world. There were all kinds of dragons: thunder, fire, water, rock, poisonous and elemental. The second location was in the piranha’s river. It was almost impossible to cross this river because they had big and sharp teeth that could destroy anything; that was why the students used to fly on the back of James’ dragon if they wanted to pass the river.

The third dangerous area was surrounded by some rock giants. They were protecting their land and when the students arrived there, the giants were afraid that they would want to conquer their teritory, but after May explained the reason why they were there, the giants let them pass.

After a long time, they arrived at the Great volcano.

On Sunday they went to the beach. In this time, The King of Darkness attacked their base, but the animals protected it. The golem stayed in front of all because it was strong and threw big stones and the others threw with fire balls and ice.

When they returned to the base, they realized that nothing bad had happened.

King of Darkness’ final plan was to gather all the army with its best soldiers, a giant thunder dragon, who could destroy a village with a scratch, and conquer the world, and, of course, to get rid of the five fighters.

The Sensei killed the dragon and, because the dragon was connected to its king, the King also died. His army was very scared and ran away.