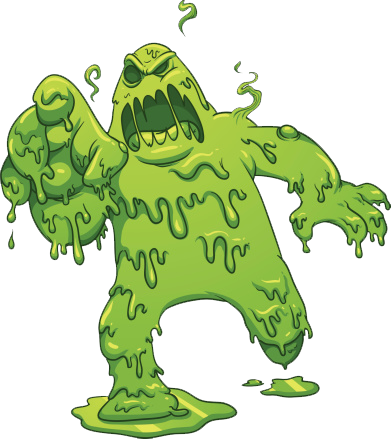 “The Nightmare” is one of the outstanding stories of the first biannual International Short Story Contest 2017 written by Hugo Tudor, The Netherlands.

Tom and James were coming back from school, to their old house. They both lived with their nasty old aunt, because their parents had died. They were twins, and they protected each other. When entering the forest, they both realized that the trees looked darker than usual, and the shimmering crystal clear ponds had turned into green slimy swamps, the fish in the ponds were floating dead on the surface.

Suddenly they saw eerie figures walking out of the swamps. It was the bog monsters, the boys ran as more of the bog monsters came out. When Tom and James ran more of the rotting monsters crawled out and followed them. The boys remembered what their parents had told them about bog monsters. These monsters needed their blood to survive. They would drown the people they caught.

Suddenly James felt a slimy hand pulling at his ankle and the monster dragged him into the disgusting green slimy swamp and James screamed so loud that it echoed through the forest. Tom looked over his shoulder and saw that James was already being pulled into a swamp. He was too late, he couldn’t save his brother.

Upon seeing his body getting dragged in Tom screamed in horror and ran for his life. But a massive bog creature stood in his way, it was riding a blood dripping hog and it stared into Tom’s soul. The creature spoke in a slow slimy voice,

"I am Kendra, your worst nightmare, the hunchback of Ketamine"

He had only one eye. Tom was so scared that he ran and the hunchback sneered "You won't escape"

In the distance Tom saw his house, crumbling and bog monsters climbing over it, Tom felt a yank at his shoulder and realized he had been caught. The hunchback picked Tom up, and he flew up towards the sky. He took the young boy to a castle made of sea weed and muck.

There he was met by Ketamine, the king of the bog monsters. He took the boy to a dungeon, and strapped him with bloody rusty chains and locked him up. They pulled his arms and his legs when suddenly Tom suddenly pulled his arm free, grabbed a pole that was on the side and hit a bog monster that was leaning over him. He jumped off the table, and tons of bog monsters charged at Tom but he wacked them with the pole he had and the king bellowed

"After him, you foolish creatures!!!!"

The hunchback snatched an axe that a guard was holding and pushed past a bunch of bog monsters, and suddenly James appeared out of nowhere, his body covered in muck. He knocked out loads of bog monsters behind Tom. The hunchback Kendra stabbed Tom's leg and he cried out in terror. James carried Tom out the massive doors and a whole army of bog monsters followed behind them. James ran to the nearest building to call for help, but the city was already destroyed and burnt down. It was the worst of nightmares ever.